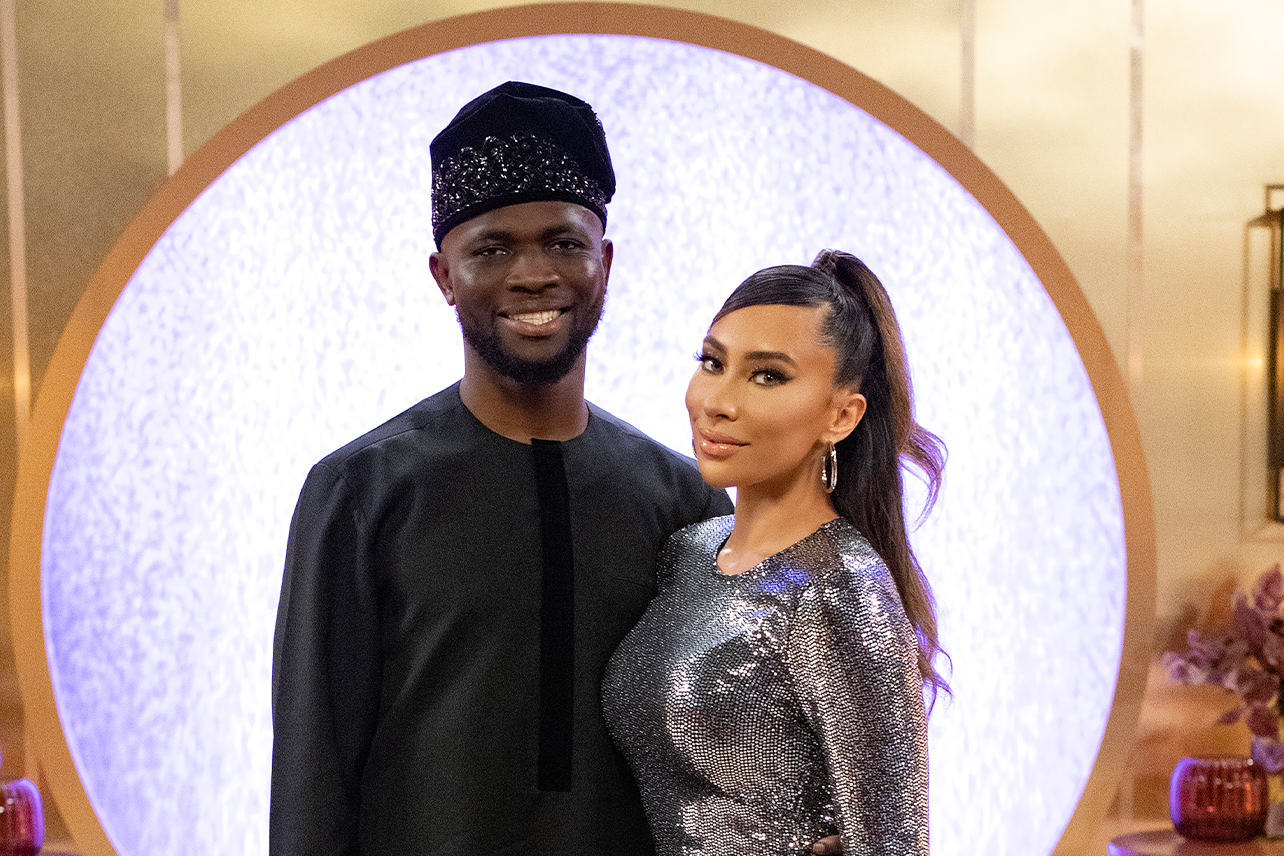 Love Is Blind Season 3 is the gift that just keeps on giving. Fan-favorite couple Raven Ross and Sikiru “SK” Alagbada have had a bumpy road to love. The two matched in the pods and continued to get to know one another during their honeymoon and all the way down the aisle. But it turns out they didn’t know each other quite well enough, because in the wedding episode, the 34-year-old data engineer from Nigeria met Raven’s “I do” with a heartbreaking “I do not.”

Their story didn’t stop there, though; at the reunion, the couple revealed they have been secretly dating since their failed nuptials. But now, in yet another twist, SK has been accused of allegedly cheating on Raven by multiple women on TikTok, who are claiming they have been romantically involved with him since his time on the Netflix reality show.

One shared a video that read, “Put a finger down if you went on a date in April with a guy from Hinge and then you actually see he’s on the show Love is Blind and that he met you after the show was filmed but is still with the same girl right now.”

The same user, emmywho9, shared a series of text messages she claimed were from SK asking her to accompany him to Texas and to lock down a day for their “ramen date.” She claims to have sent screenshots of the messages to Raven. Her account has since been deleted.

BOMBSHELL💣 there is a girl claiming to have gone on a date with SK back in April! & she got receipts 🧾 😳🥴 #loveisblindnetflix#loveisblindseason3#ravenandsk#skandraven#loveisblind

Decider has reached out to both SK and Netflix for comment, but did not hear back by time of publication.

Raven hasn’t responded to the cheating allegations in length, but seemed to allude to them in a recent TikTok Live, where she said, “Rumors are rumors […] and we’re fine. That’s my man and I’m sticking beside him.”

Still, the allegations persist. Another TikTok user shared her own alleged experience with SK, posting a video with the text, “When your ex takes you to Europe and talks about getting back together, but on the trip you find out he has a ‘fiancé’ from a reality show he did on Netflix but then he tells you it’s all fake and for $. So you say you’ll believe him if you get to meet this fake ‘fiancé’ but that never happens. And now you’re waiting for him to get exposed as the actual villain instead of this phony angel he portrayed himself as.”

The user, hannahbethstyle, has since deleted the video.

All of the drama didn’t go over too well with Love Is Blind fans, who have shared their disappointment on Twitter. One wrote, “Not all these rumours about SK cheating please can I not just believe one man is good,” while another said, “I am so upset hearing that SK cheated on Raven!”

A third wrote, “I want SK’s head to be kicked clean off his shoulders. I just found out he’s been playing in Raven’s face,” and a fourth expressed that they were in “disbelief” over the rumors.

Love Is Blind Season 3 is currently streaming on Netflix.

Dua Lipa poses in her bra and more star snaps
let’s get that fashion glow up you’ve been wanting okay?? ...