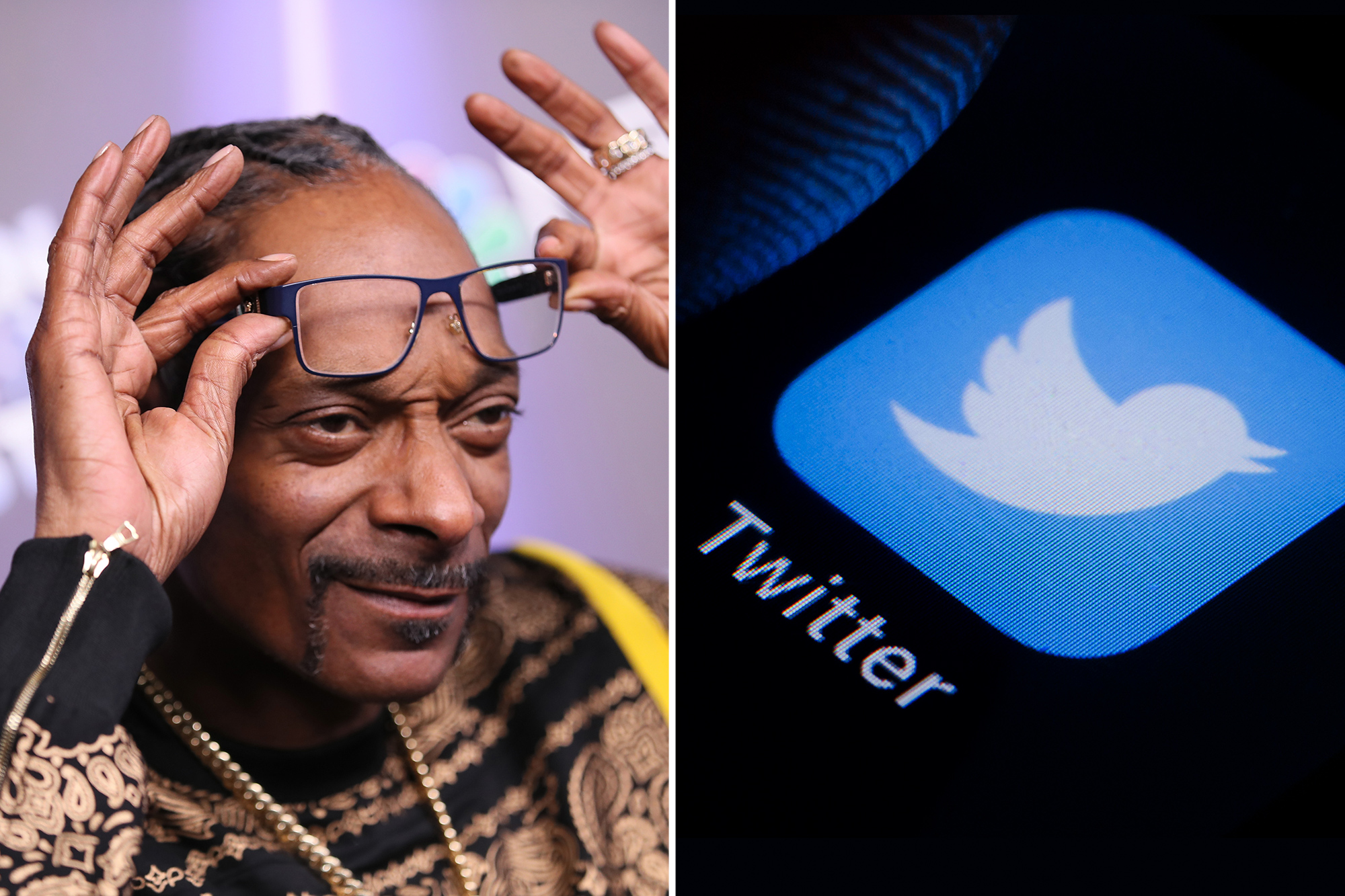 Rapper Snoop Dogg said he may swoop in to buy Twitter now that Elon Musk’s $44 billion bid to buy the social media company is on hold.

Musk’s announcement Friday that the deal is “temporarily on hold” over the number of fake accounts on the site prompted the “Drop It Like It’s Hot” singer to make some news of his own.

As boss of Twitter, the rapper laid out a set of new rules for the company, which included replacing the board of directors, giving everyone a verified account and putting free internet on airplanes.

“Gonna replace the board of directors with Jimmy from my corner Fish Fry, Tommy Chung and tha guy with the ponytail on CNBC,” he wrote. “Everyone gets a blue checkmark. Even tha bots with 10 letters in their name that hit you in DMs n just say “Hello”. Nah f–k those bots.”

He later tweeted: “First line of business. Free internet on airplanes!!! 29 dollars for 1 hour is bulls–t.”

Twitter’s stock went on a rollercoaster ride Friday, dropping nearly 10 percent after Musk relayed the stalled status of the deal.

“Twitter deal temporarily on hold pending details supporting calculation that spam/fake accounts do indeed represent less than 5% of users,” the Tesla CEO said in an early Friday tweet at 5:44 a.m.

The social media giant’s stock then fell more than 25% to as low as $33.79 in pre-market trading — far below Musk’s marijuana-themed purchase price of $54.20, indicating investors were betting the deal wouldn’t go through.

At 7:50 a.m., Musk tweeted again that he was “Still committed to acquisition.”

Twitter’s shares erased some of their losses and were hovering around $40 shortly before markets were set to close Friday. That’s still about 11% lower than where they closed a day earlier.

Should the Twitter deal go through, Musk has indicated the desire to crack down on bots.Dimitrios Kambouris/Getty Images for The Met Museum/Vogue

Should the Twitter deal go through, Musk has said that cracking down on spam accounts and bots will be a top priority.

The billionaire has also vowed to buy out Twitter shareholders and take the company private. He also intends to revamp the company’s content moderation policies that have resulted in bans on controversial figures, many of them on the political right.