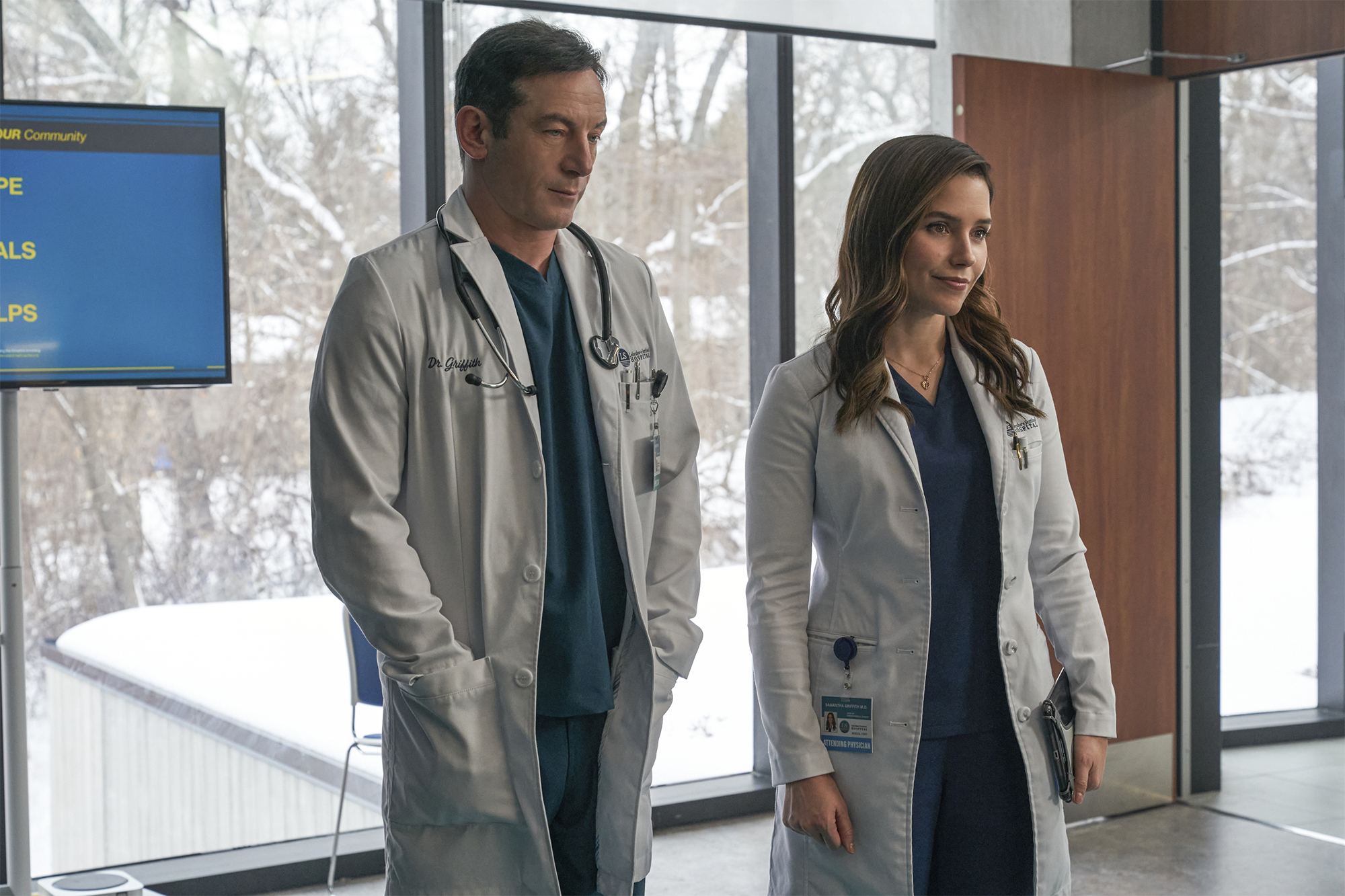 That doesn’t mean it’s not worth sampling, but be prepared for the same-old-same-old: soapy romance, predictable hospital staffers and patients with rare conditions whose lives are saved at the last minute through Sherlock Holmes-type medical deductions. You’ve seen it all before on “Grey’s Anatomy,” “The Resident,” “The Good Doctor,” “Chicago Med” et al.

Lakeshore Sentinel Hospital’s inherent conflict lies between the brilliant, bull-headed, and arrogant heart surgeon Dr. Robert. “Griff” Griffith (Jason Isaacs) — the chief of surgery who drives a vintage Mustang — and his daughter, Dr. Sam Griffith (Sophia Bush), who’s whip-smart but lacks Griff’s years of experience. She’s also his chief resident and they clash repeatedly; it’s his way or the highway. (He snidely refers to Sam’s residents — the arrogant one, the insecure one, the earnest one, etc. — as “a drum circle.”) Oh, and Sam’s mother and Griff’s ex-wife, Vivian (Wendy Crewson), just happens to be the hospital’s chief medical officer. More family drama awaits, and we’ll find out how Sam’s visible heart-surgery scar plays into the fractured father/daughter relationship.

“Everything changes,”To quote the old “Grey’s Anatomy”Promos when Griff is shot to death in the hospital by a lunatic in the series opener. This happens just as Sam is considering leaving for a job with the Cleveland Clinic. He lapses into a coma, and — cut to six months later — awakens with his faculties remarkably intact but his pride/ego dented. Sam has now replaced him as Lakeshore Sentinel’s chief of surgery and he’s been downgraded to one of her underlings as she monitors his progress before he’s legally allowed to operate on another patient.

It’s all cookie-cutter (or is that scalpel-cutter?) stuff, which is fine, if that’s what you’re looking for in a primetime medical drama. There are several subplots, including Sam’s growing relationship with Malcolm Kingsley (Edwin Hodge), the son of Lakeshore Sentinel’s chief donor who — surprise! — is transferred to the hospital as its chief financial officer. She’s also still sort of dating one of her residents, Dr. Caleb Tucker (Michael Stahl-David), who’s hiding a secret, and she’s peeved to learn that her best friend, Dr. Lex Trulie (Skye P. Marshall), was rolling in the sheets with Griff (pre-coma). So there’s that.

I watched the two “Good Sam”The first episode was made available by CBS for review. “Natural Order,” is in line with the series premiere, so not much changes as the tension between Griff and Sam ratchets up, a baby is saved by a surgery that seems like science fiction (but isn’t, apparently) and we learn a little more about the history of Griff and Sam’s dynamic. The cast hits its marks and does its best, but I just don’t see “Good Sam”A keeper in an already-crowded genre