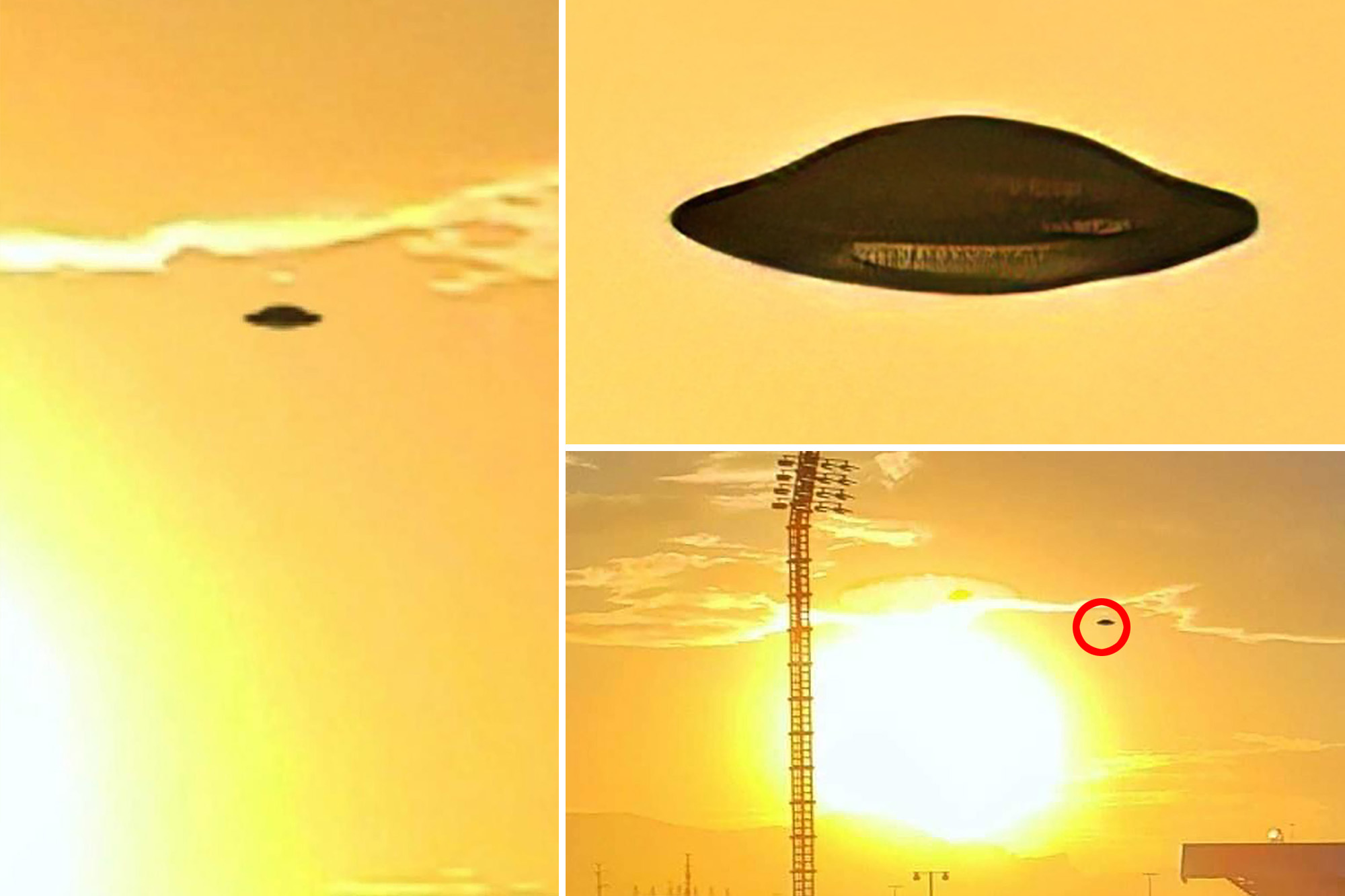 Mexico’s most famous UFO expert believes a photo of a sunset over a stadium near the US-Mexico border shows a flying saucer.

The snap was taken by a fan as the sun set over FC Juarez’s soccer stadium. The team tweeted the image this week, tagging ufologist Jaime Maussan.

The journalist tweeted back that he enhanced the photo with artificial intelligence, and it clearly showed a “UAP” or “unidentified aerial phenomena” — the US military term for UFOs.

“I believe it is a ship of non-human origin,” ufologist Jaime Maussan said Wednesday.
Twitter / @jaimemaussan1

A dark spot near the sun at the top left corner of the image was identified as the potential UFO.
Twitter / @jaimemaussan1

The photograph shows the possible UFO near Estadio Olimpico Benito Juárez, which is just two miles from El Paso, Texas.

“I believe it is a ship of non-human origin,” the authority responded on Twitter on Wednesday.

The photograph shows Estadio Olimpico Benito Juárez — just two miles away from El Paso, Texas — on Saturday during a match against a team from Tijuana.

A dark spot near the sun at the top left corner of the image was identified as the potential UFO.

Jaime Maussan is a Mexican journalist and produces a show about aliens.Twitter / @jaimemaussan1

After being processed with AI, Maussan said there is clearly a round, doomed ship in the sky.

Even more startling, the ufologist claims there’s a force field visible around it.

He also ruled out that the aircraft could be a human plane or a drone.

The soccer club has invited Maussan to the border city so he can inspect the phenomenon in person, the team joked on social media.