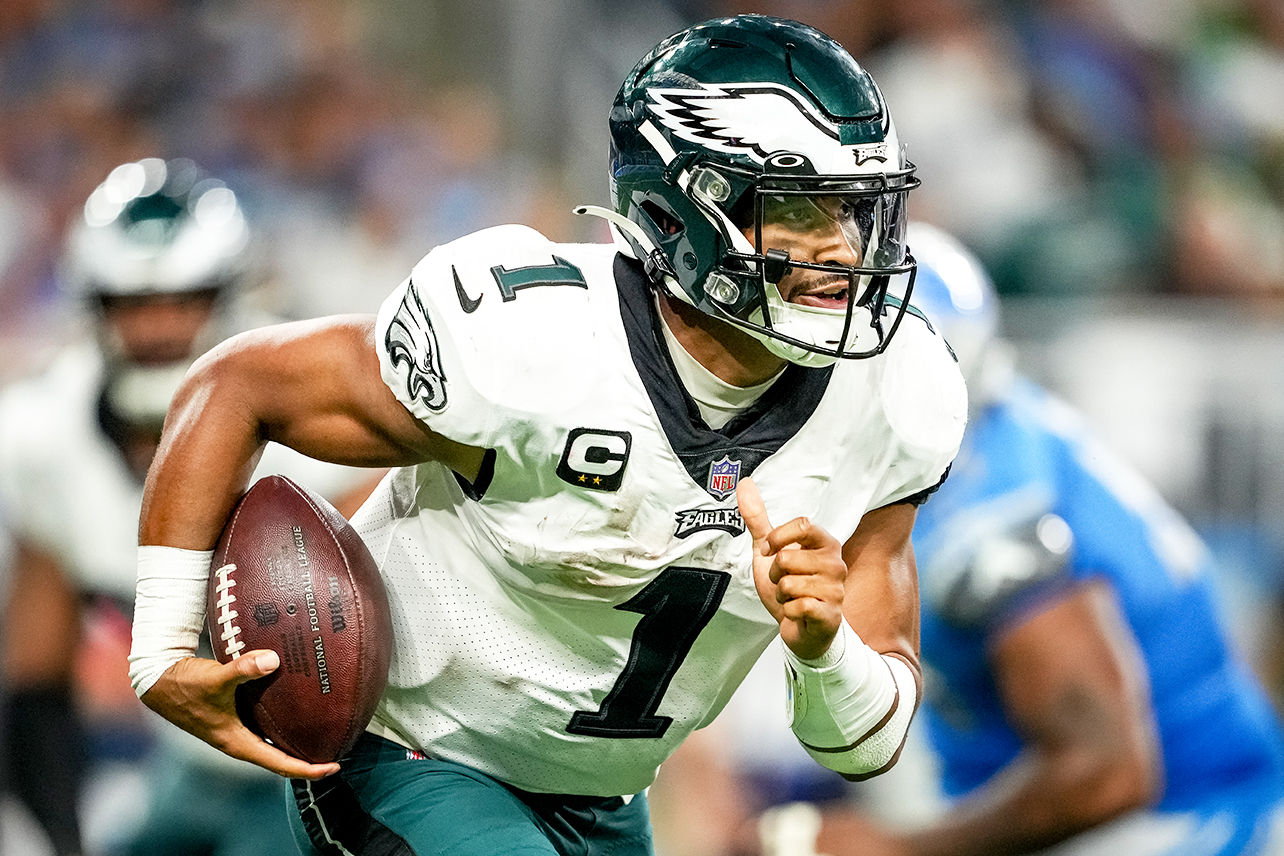 Live from State Farm Stadium in Glendale, the Arizona Cardinals host the Philadelphia Eagles in Week 5 of the NFL season.

One of the most exciting matchups this week is the battle between the Eagles (4-0) and Cardinals (2-2). After an early 14-0 deficit, Jalen Hurts led Philadelphia to a 29-21 comeback victory over Trevor Lawrence and the Jacksonville Jaguars in Week 4. Arizona also experienced the thrill of victory last week, defeating Baker Mayfield and the Carolina Panthers for their second win of the season.

Every team in the NFC West enters Sunday with 2-2 records, while the Eagles only have a one-game lead over the Dallas Cowboys and New York Giants. Which squad will exit the desert with a win? Time will tell. Here’s how to watch Week 5’s Eagles/Cardinals game live online.

WHAT TIME DOES THE EAGLES-CARDINALS GAME START

If you have a valid cable login, you can watch Sunday’s Eagles game live on FOX, FOX Sports.com, or the FOX Sports app. The NFL game you’ll be offered on FOX, however, depends on your location. A full coverage map of FOX and CBS games can be found on 506sports.com.

WHERE TO WATCH EAGLES VS CARDINALS LIVE ONLINE FOR FREE:

Depending on your location, you may also be able to watch the game on NFL+. Available for $4.99/month or $29.99/year, NFL+ offers live local and primetime regular season and postseason games for you to watch on your phone or tablet. The streaming service also provides a premium tier ($9.99/month or $79.99/year) and a seven-day free trial for eligible subscribers.

Photo: Getty Images
CAN I STREAM CARDINALS VS EAGLES ON HULU?

While you can’t stream the game with a traditional Hulu account, you can watch live via Hulu + Live TV’s FOX live stream. Available for $69.99/month (which includes ESPN+, Disney+, and Hulu), the service no longer offers a free trial.

Railing going black! Scuff sanded now oil based primer. ...
Photographer Rodrigue Najarian took this picture of a young girl just 7 minutes after she survived the blast in Beirut. He captioned it: "Between blood, tears and a lost smile"