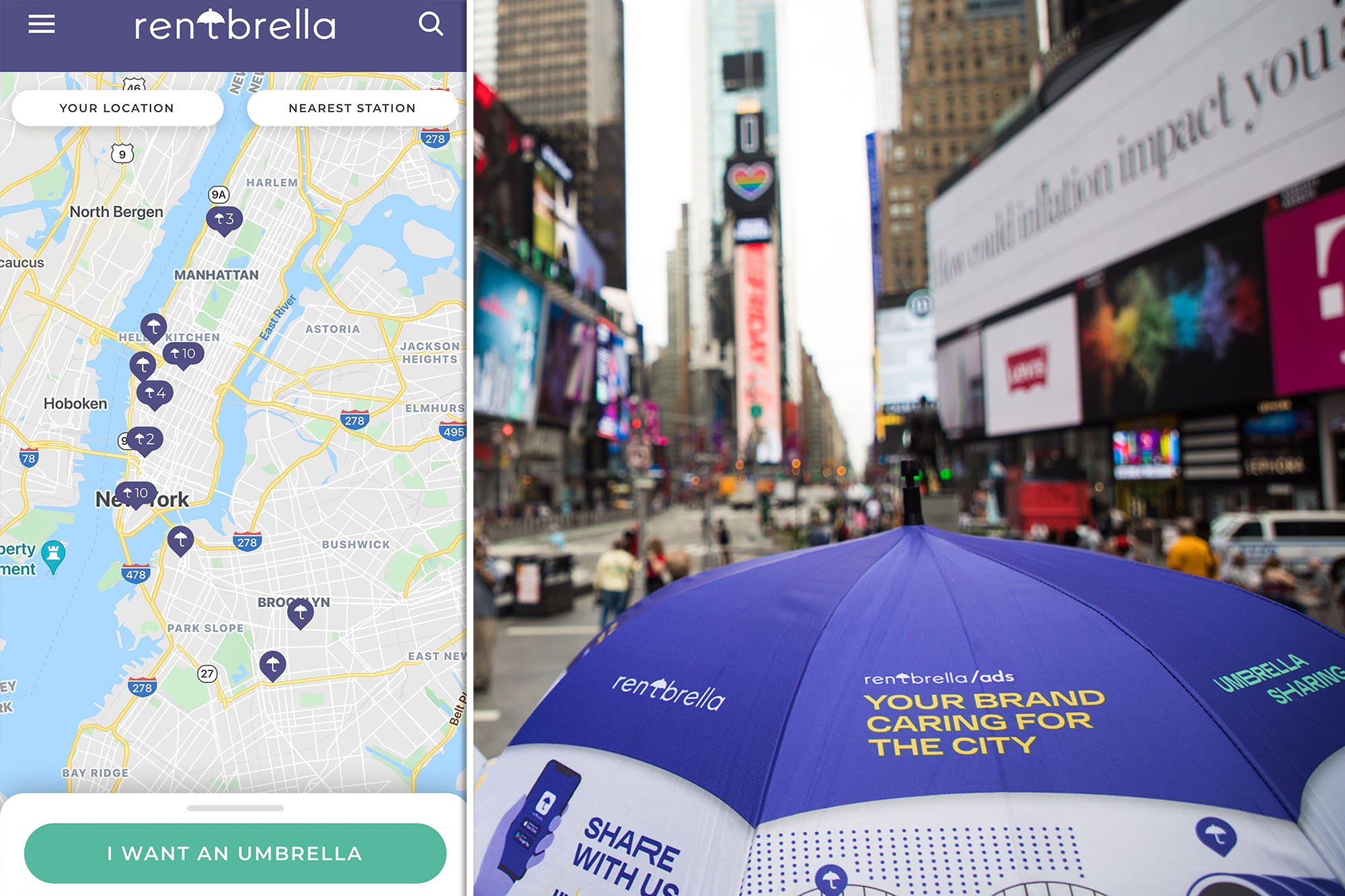 A new umbrella-sharing startup is expanding in New York City — and says it will do for umbrellas what Citibike did for bicycles.

Rentbrella, an app that was first launched in Brazil in 2018, is setting up automat-like kiosks stocked with 100 umbrellas each across the Big Apple — and rentals are free for the first 24 hours.

Under the Citibike-like system, New Yorkers use Rentbrella’s phone app to scan codes that allow them to unlock and return umbrellas at different kiosks — a service aimed at commuters who find themselves in a pinch and don’t want to shell out $10 or $15 for a bodega parasol, according to co-founder Freddy Marcos.

“Our model is very simple” Marcos told The Post. “They take an umbrella, they go home, then the next day they return it.”

In 2016, a company called BrellaBox went on Shark Tank to float the idea of renting high-end umbrellas at a rate of $1.50 for the first 12 hours— an idea that businessman and host Kevin O’Leary dismissed as “maybe the worst idea I’ve ever heard.”

Freddy Marcos (right) is the co-founder of Rentbrella.Rentbrella

And in 2017, a Chinese startup called E Umbrella lost nearly all of its 300,000 umbrellas within a week of its launch. Unlike Rentbrella, E Umbrella did not have kiosks to store the umbrellas and did not charge users a fee if they failed to return rentals.

“We are very different from E Umbrella,” Marcos insisted.

Since Rentbrella placed its first machines in New York this October, about 98 percent of customers have returned their umbrellas within 24 hours, according to Marcos. The company currently has 3,500 umbrellas in 35 kiosks across Manhattan and Brooklyn with plans to get to 100 stations early next year, the founder said.

Since occasional $2 fees don’t translate into a deluge of cash, Rentbrella plans to make money by selling advertisements on the umbrellas.

It’s a model that Marcos said has worked in São Paulo, where the company has nearly 400 stations and is turning a profit thanks largely to ads from a health insurance company called Unimed.

Rentbrella doesn’t have any sponsors in New York yet but plans to start selling ad space when it reaches 100 stations, according to Marcos. And while the stations are currently mostly concentrated in Manhattan office and residential towers, the founder said he would love to eventually place them in subway stations across the five boroughs.

Rentbrella plans to launch in London in early 2022 and would like to expand to other cities in the US and Europe, Marcos said. The company is funding the expansion with about $7 million from backers located mostly in Brazil, including family offices and venture capital funds, according to the founder.