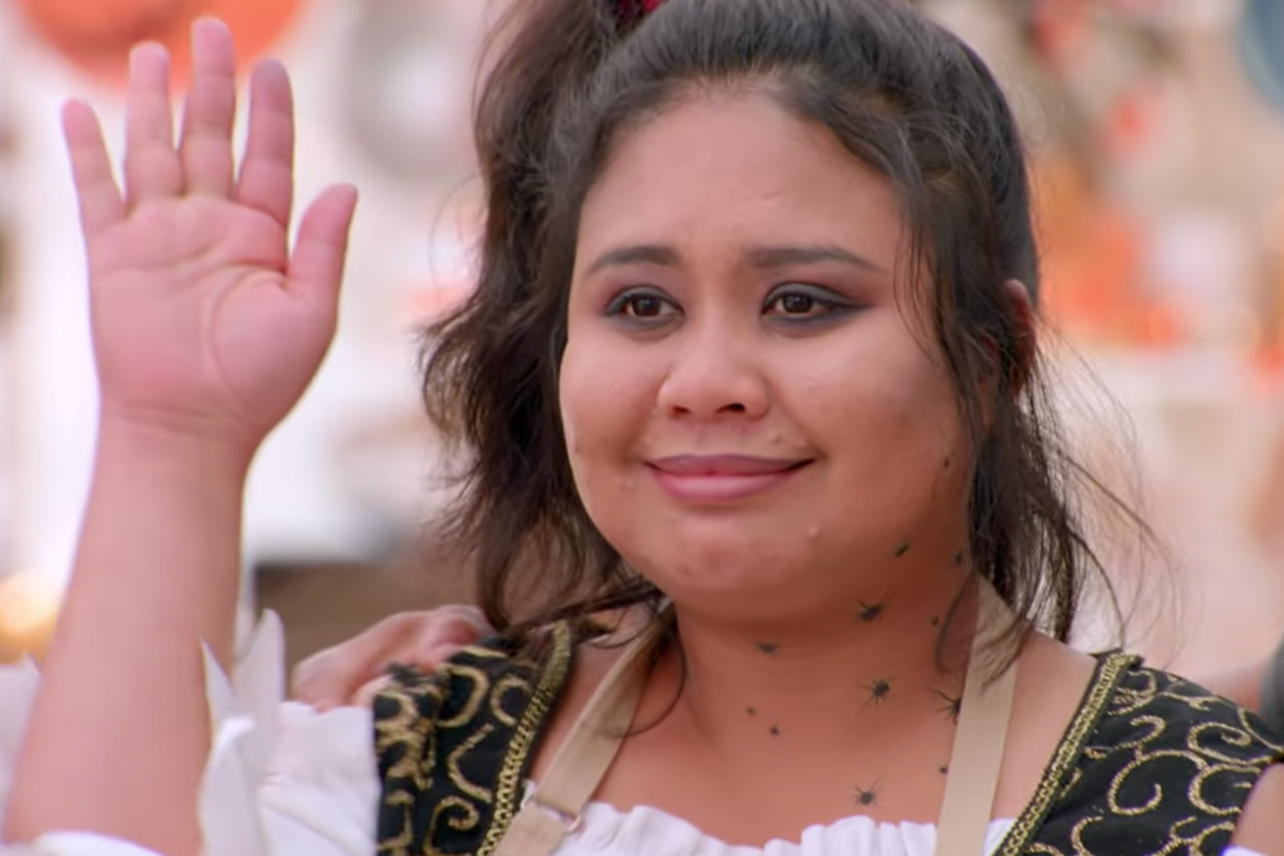 The Great British Baking Show “Halloween Week” might have brought horror into the Bake Off tent via Paul Hollywood‘s bizarre s’mores challenge, but standout baker Syabira Yusoff made everything totally sweet. After struggling last week and almost going home, Syabira roared back with a Hollywood handshake, first place in the Technical Challenge, and a sensational Showstopper. Syabira also made history as the first ever baker to win Star Baker without a lick of competition. Syabira’s performance in “Halloween Week” might qualify as the most epic comeback in the history of Netflix’s The Great British Baking Show.

The Great British Baking Show loves an underdog story. The show’s most powerful moments over the years have always been when bakers conquer their nerves to improve from week to week. Indeed, there’s nothing better on The Great British Baking Show than when a baker overcomes early set backs to find themselves in the running to win the whole damn season. Nadiya Hussain literally went from barely surviving the early weeks of her season to becoming the show’s most beloved winner. That is the kind of narrative that hooks Bake Off viewers and this week, Syabira delivered it to us in spades.

As I wrote last week, judges Paul Hollywood and Prue Leith haven’t been that kind to Syabira. Even though she’s consistently outshining other bakers in terms of her creativity and ambition, her “wacky” flavor combinations have stymied Paul and Prue. Last week, she disappointed them so much that they confessed she was in danger of going home. As a fan of Syabira’s unique perspective, I was worried that the judges were never going to appreciate the obvious artistry she was bringing to the tent. Boy, am I glad I was wrong.

Syabira’s successful run in The Great British Baking Show “Halloween Week” started with her apple cake. Our girl made the predictably bold decision to pair her apples with plums and chili. When Paul and Prue made their rounds, they were specifically harsh on all the bakers when it came down to flavors. I was incredibly nervous that they would reject Syabira’s chili-infused cake on the basis of, well, chili. As it happens, Paul gave Syabira her first Hollywood Handshake. Syabira followed this success up by coming in first during the s’mores technical.

Of course, you can’t win Star Baker on a Hollywood handshake and Technical Challenge win alone. There’s still the Showstopper to contend with. Paul and Prue set a doozy for the bakers this week. They needed to make lanterns that could be practically hung as well as treats that would be hidden inside said structure. While Paul and Prue knocked her a bit for the truffle flavor used in one of her treats, they had to admit that hers was the most visually spectacular. (It literally lit up from within!)

By the time that Paul and Prue were sitting for their deliberations, it was laughably clear that no one came close to Syabira’s performance this week. Paul literally said that for the first time ever, there was no use bandying about another baker’s name as a rival for Star Baker. The winner of “Halloween Week” was clearly Syabira.

I know I don’t know Syabira personally. I merely have an intense parasocial relationship with a stranger on a cozy British TV show named Syabira. However, I felt proud of her this week. The last glimpse of Syabira in “Desserts Week” was of a teary-eyed baker saying, “Next week, I’m going to focus more on the flavour and be brave.” Well, Syabira succeeded! She found both her courage and her flavors.

Fingers crossed that Syabira continues to push herself to be courageous in that tent. The Great British Baking Show is always best when we have more bakers to root for. Just as no one wants a soggy bottom, no one can stand a stale competition.