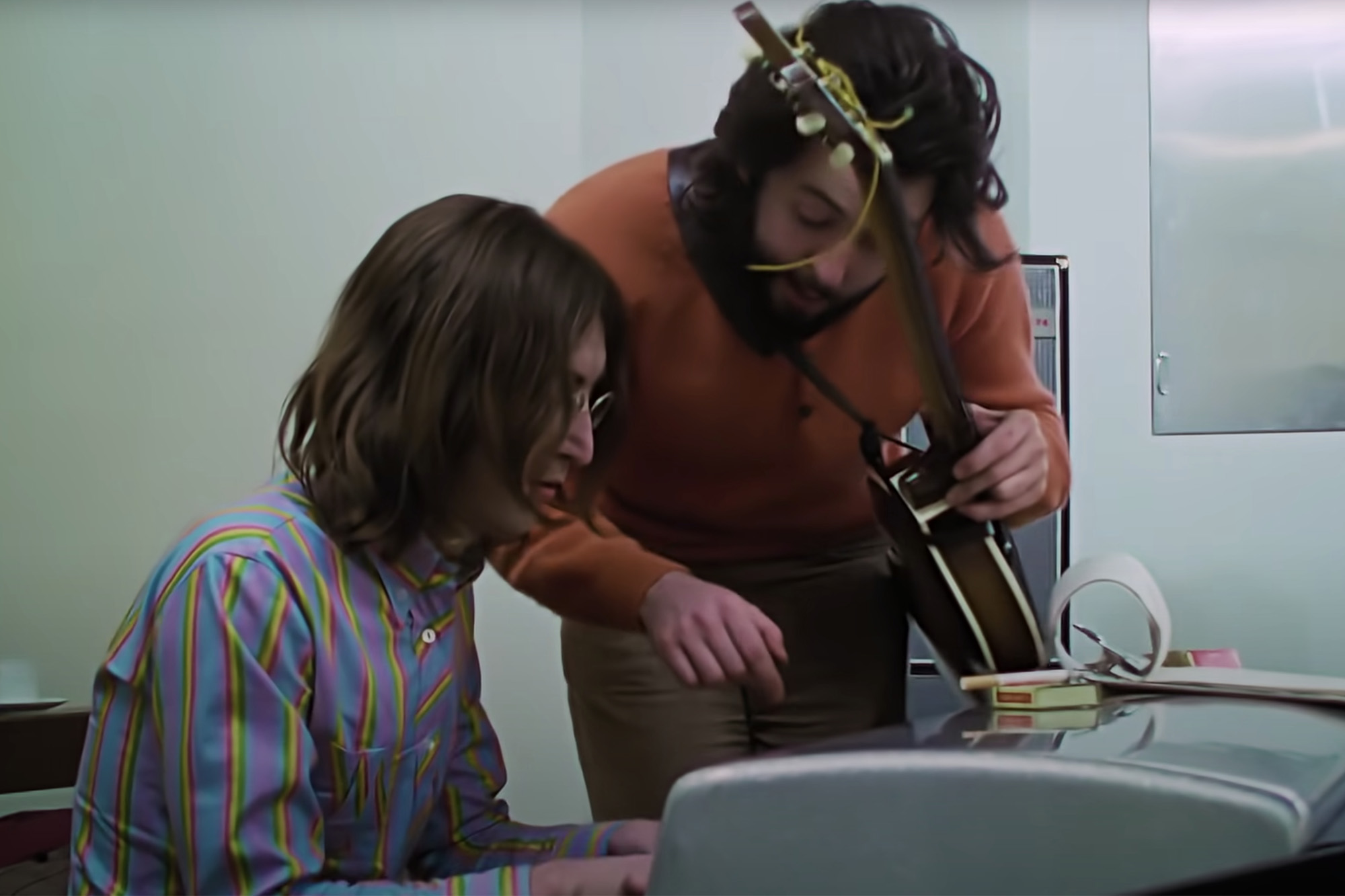 The songwriting was on the wall for The Beatles long before they officially called it quits.

“And then there were two,” says Paul McCartney when only he and Ringo Starr show up to the studio in “The Beatles: Get Back,” a three-part docuseries premiering Thursday on Disney+, which traces the making of “Let It Be.”

With tensions already running high on a tight, two-week deadline to write and record an entire album before Starr begins filming the movie “The Magic Christian,” George Harrison was having creative differences with McCartney while John Lennon was increasingly tied to an ever-present Yoko Ono. In exhaustive and intimate detail, “The Beatles: Get Back” captures a group on the verge of the biggest band breakup in pop history over almost eight hours of footage that director Michael Lindsay-Hogg originally shot for the 1970 documentary “Let It Be.”

“Get Back” reveals that “Let It Be” was intended to get the Beatles back in front of audiences.Linda McCartney

Now, in what feels like a supersized uncut version for Beatles super fans, “Lord of the Rings” director Peter Jackson takes you inside the making of “Let It Be” — and the disintegration of The Beatles — practically in real time. It’s a slow, but inevitable, fade.

“Get Back” — which takes its name from the closing track of “Let It Be” and was originally supposed to be the album title — was intended to get The Beatles back in front of audiences after they had decided to stop performing live at the end of 1966. So, after the complex studio wizardry of albums such as 1967’s “Sgt. Pepper’s Lonely Hearts Club Band,” this was the band making music to be played live again.

But while the docuseries shows them working out songs such as “Don’t Let Me Down,” “I’ve Got a Feeing,” “Two of Us” and “One After 909” — which Lennon reveals that he had written when he was about 15 — the tension is clear from the start.

Yoko Ono was always by John Lennon’s side during the making of “Let It Be.”

After having more creative input on 1969’s “Yellow Submarine,” Harrison — no longer content to simply take a backseat to McCartney and Lennon — wants The Beatles to have a more collaborative vision. “It should be where if you write a song, I feel as though I wrote it. And vice versa,” he says.

Meanwhile, McCartney — as “the captain of the ship” — is frustrated about having to play the taskmaster: “I’m scared of me being the boss, and I have been for, like, a couple of years,” he says. “And I never get any support or anything. So I just say, ‘Hell, well, f – – k it.’ ”

At one point, McCartney chastises Lennon about not learning the lyrics to “Two of Us.” “You have to remember the words,” he says. “Yes, I’ve got ’em here,” responds Lennon, pointing to his lyric sheet. “Well, learn them,” says McCartney, throwing not-so-subtle shade.

“The Beatles: Get Back” depicts Paul McCartney’s frustration with his bandmates during the making of “Let It Be.

McCartney and Lennon had no longer been writing as much together since Ono came into the picture, and Macca says that he misses “that being together thing.” But he knows exactly where The Beatles stand in Lennon’s life now: “If it came to a push between Yoko and The Beatles, it’s Yoko.”

Still, while Ono is so glued to Lennon during the sessions that you can see her picking lint off of his shirt, McCartney doesn’t seem resentful of her: “She’s great. She really is all right. They just want to be near each other. I just think it’s just silly of me or anyone to try and say to him, ‘No, you can’t.’ ”

Besides, McCartney had been having more friction with Harrison, who found him too controlling. “I’m trying to help, you know,” McCartney tells Harrison. “But I always hear myself annoying you, and I’m trying to [help].”

Both George Harrison and John Lennon had conflicts with Paul McCartney during the making of “Let It Be.”

Clearly not pleased, Harrison spits back: “I’ll play, you know, whatever you want me to play, or I won’t play at all if you don’t want me to play. Whatever it is that would please you, I’ll do. But I don’t think you really know what that one is.”

Tensions continue to mount until eventually Harrison has had it. “I think I’ll be leaving the band now,” he says. “Get a replacement.” Then he flippantly tells his bandmates: “See you ’round the clubs.”

Without their lead guitarist, The Beatles ponder their future. “If he doesn’t come back by Tuesday, we get [Eric] Clapton,” Lennon says to Beatles producer George Martin.

But Harrison does come back, under the conditions that The Beatles move the sessions from Twickenham Studios to their own Apple Studio in London and that Billy Preston is used as a keyboard player. The docuseries ends with a 40-minute performance that The Beatles did on the roof of Apple Studio.

The Beatles performing in 1969 on the rooftop of Apple Studio, where they recorded some of “Let It Be.”Getty Images

It would be — unsurprisingly given the tensions on display — their final live performance as a band.

But The Beatles would actually put “Let It Be” aside and go on to make “Abbey Road,” which came out in September 1969. However, Lennon had already informed his bandmates that he was jumping ship before that album was released. McCartney, Harrison and Starr would go on to finish “Let It Be” — including cutting the title track — by themselves. But by the time the album came out in May 1970, The Beatles had officially announced their breakup.

“Get Back” reveals that, as much as he tried to fight it, McCartney surely saw the split coming. “We can’t carry on like this indefinitely,” he says in resignation at one point. “We seem to, but we can’t.”

How to Watch The Cowboys-Raiders Game Live Online
America's Housing Crisis Is Generational. China's would be familiar.