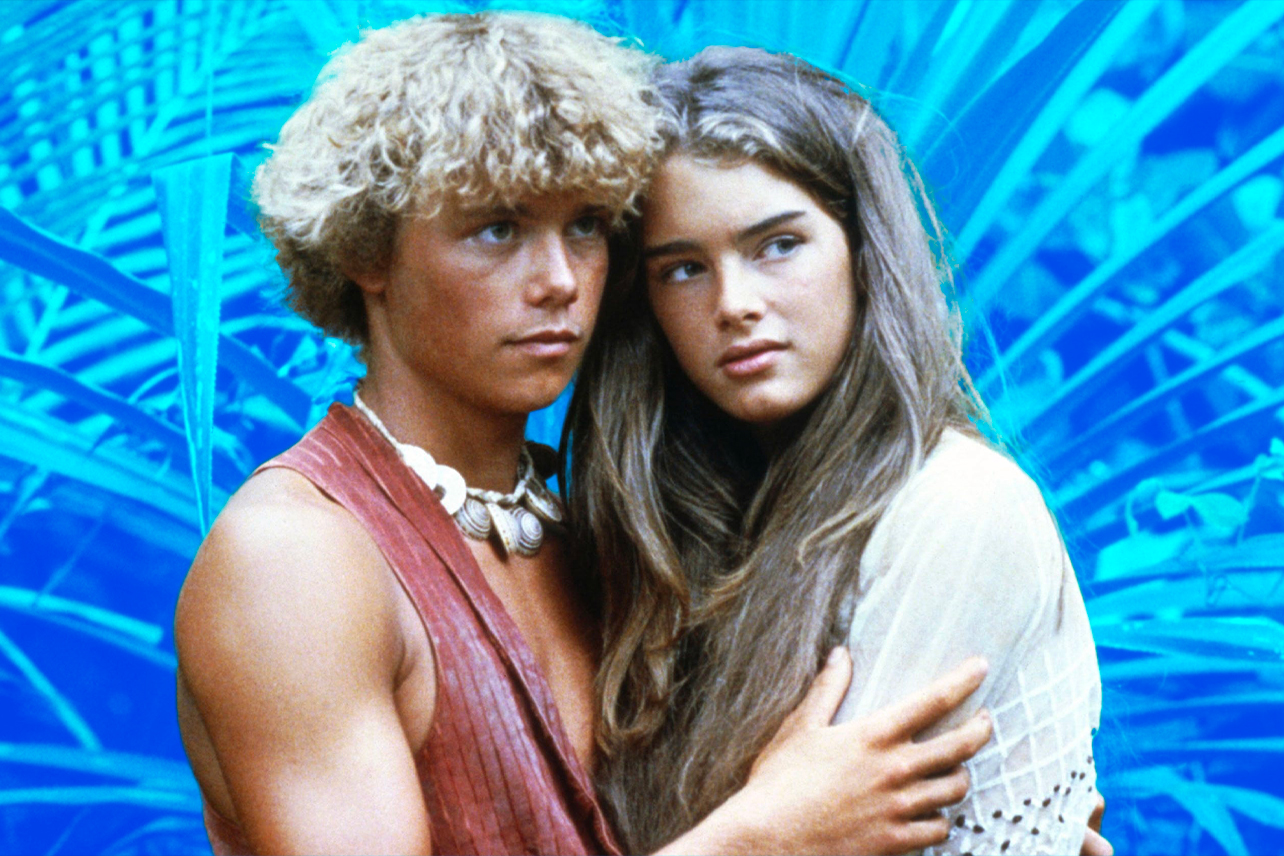 The 1980s were a bad time for good takes on sex. If Porky’s wasn’t sexually harassing women, then Sixteen Candles and Revenge of the Nerds were there to rape them through delusion. Yet somehow the 1980 version of The Blue Lagoon, which is currently on Netflix, has aged even worse.

Based on Henry De Vere Stacpoole’s 1908 novel of the same name, the film tells the story of two children who are marooned on a deserted island. As the grow into teenagers, they start to sexually experiment with each other. The Blue Lagoon, as well as the four other movies based on Stacpoole’s original book (The Blue Lagoon (1923), The Blue Lagoon (1949), Return to the Blue Lagoon, and Blue Lagoon: The Awakening), has been billed as a movie about teenagers discovering themselves and falling in love. But that’s not the legacy of director Randal Kleiser’s take on the property.

There were steps taken to make sure that The Blue Lagoon couldn’t be classified as child pornography. But the movie really takes liberties with that tightrope walk. It was confirmed that Shields had body doubles for her nude scenes. Yet one of those doubles was Valerie Taylor, who was 30-years-old at the time, a casting choice that asks viewers to imagine an adult woman’s body on a child.

Then there was Shield’s casting itself. There was never a reason for Kleiser to cast an underage actor in movie with such a  mature plot and themes. But prior to this movie, Shields already had a history with movies about sexualizing children. Two years prior to The Blue Lagoon when she was only 12, Shields starred in director Louis Malle and screenwriter Polly Platt’s Pretty Baby. The controversial and nudity-filled movie followed a child prostitute the same age as her actor in the red light district of New Orleans. Despite its subject matter, critics rejected claims that Pretty Baby was a perverted film. “It looks soberly, and with a good deal of compassion, at its period of history and the people who occupied it,” legendary critic Roger Ebert wrote in his 1978 review.

Whether this movie was morally inexcusable or a smart critique on how young girls are unfairly sexualized is beyond the point. In the public’s mind, Shields was already linked to child nudity and pornography when she was cast in The Blue Lagoon. It was a reputation that would continue when Shields posed for Calvin Klein. The most memorable of her advertisements featured a still underage 15-year-old Shields saying, “You know what comes in between me and my Calvins? Nothing.” The concerns that this ad constituted child pornography were so prevalent, CBS and later ABC refused to air it.

These details are only the tip of the iceberg of Shields’ problematic casting, which Longworth covers more thoroughly in You Must Remember This. The controversy around this movie also barely touches on the fact that Shields and Atkins’ characters were cousins. But it hardly mattered when it came to profits. If anything, the scandal paired with the movie’s critical panning led to greater public interest.

The Blue Lagoon earned an impressive $58 million against its $4.5 million budget. To put that into perspective, it was among the top 10 highest-grossing movies of the year, a list that included The Empire Strikes Back, 9 to 5, Airplane!, and The Blues Brothers. Adjusted for inflation, the movie would have grossed over $202 million today.

Shields wrote about this period of her career in her memoir, There Was a Little Girl: The Real Story of My Mother and Me. In the book, she credits the entertainment industry for keeping her “sane” while she dealt with her addict mother. “It was a really interesting disconnect. You sort of desensitize yourself to anything sexual. In Blue Lagoon, I’m using a glue gun, taping my hair, anything I can so my body doesn’t show I have boobs,” Shields wrote. “And I didn’t realize I was doing it, because I was a kid. I was in a cocoon with my mom.”

Even now knowing that this movie didn’t seem to cause much damage to Shields, it’s still difficult to watch. So in case you were wondering what the most controversial movie is on Netflix, be sure to add this one to the list.