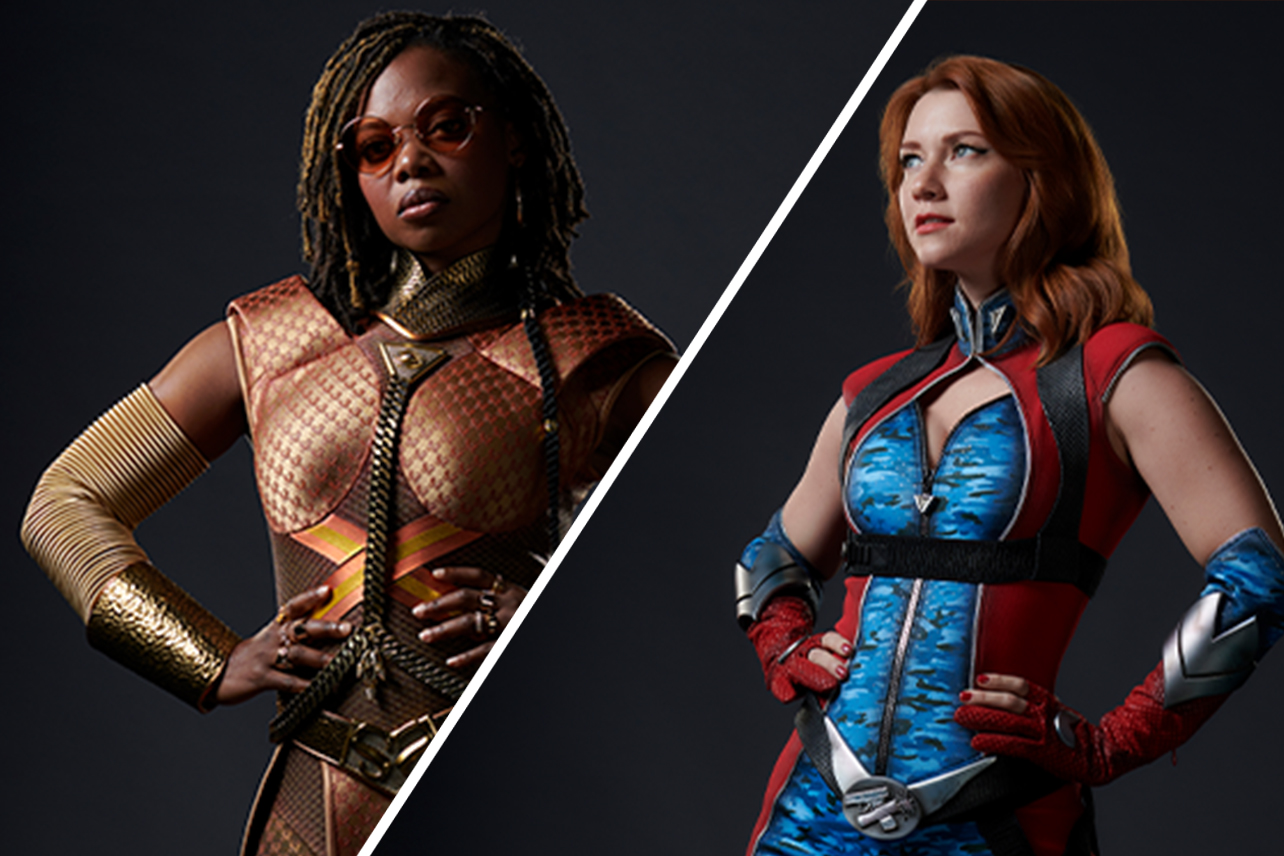 Vought International has recruited two new Supes… Sister Sage and Firecracker! Prime Video’s The Boys, created by Eric Kripke and based on the comic book by Garth Ennis and Darick Robertson, has teased its Season 4 return with a sneak peak at two new characters – and their flashy costumes.

Many fans have taken well to the character reveals, but some expressed concern that they won’t last long, given the show’s history of killing off major characters. One wrote, “I wonder how long they’ll last,” and another echoed, “They will probably survive more than one episode, right? Right??” While The Boys is staying hush about the upcoming season, here’s everything we know about the new characters, the actors who play them, and the release date for the new season.

Prime Video shared a first look at the new Supes, Sister Sage (Susan Heyward) and Firecracker (Valorie Curry), via The Boys‘ Twitter account. The streamer teased, “Meet Sage. She’s already a thousand steps ahead of you. And let’s just say Firecracker has a short fuse.” Other than the details above, additional information about the characters is being kept under wraps. However, Kripke confirmed that the costumes were made by Laura Jean Shannon, the designer behind Jensen Ackles’ Soldier Boy supersuit in Season 3.

Who are Valorie Curry and Susan Heyward?

Welcome to the fandom, Valorie Curry and Susan Heyward! Before stepping into her superhero role, Curry starred in episodes of Veronica Mars, The Following, and House of Lies, along with playing Talia in the 2016 remake of The Blair Witch Project and Charlotte in Twilight: Breaking Dawn Part II. Heyward’s previous credits include Netflix’s The Incredible Jessica James and episodes of Orange is the New Black and Deliah. She was also featured in The Following for four episodes in Season 2.

When Does The Boys Season 4 Come Out?

Prime Video has not announced a release date for The Boys Season 4, but the season is currently filming and expected to premiere sometime in 2023. The previous season aired earlier this year, from June 3 to July 8.