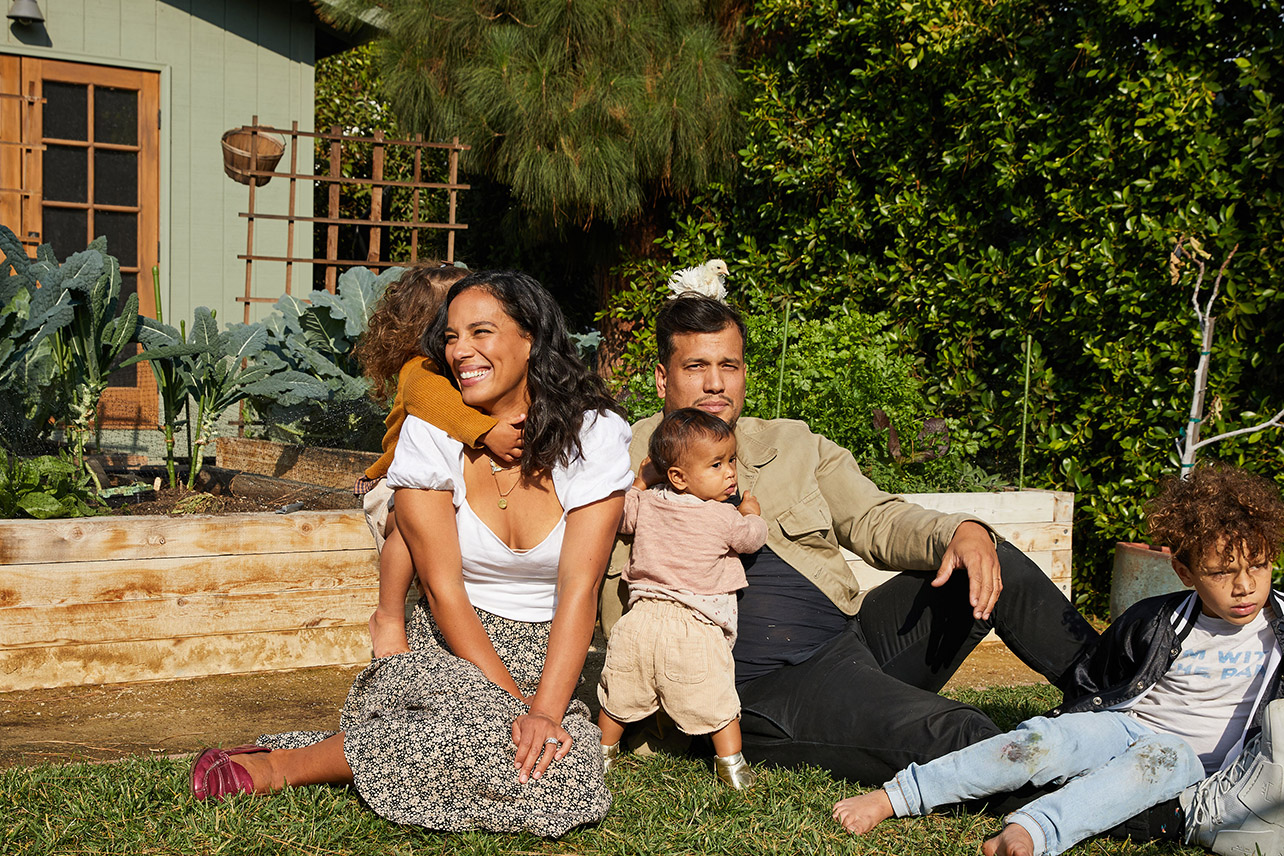 Two and a half years ago, in the depths of the COVID-19 pandemic shutdown, musicians scrambled to find new ways to connect with fans. Those who depended on live concerts – whether financially, creatively or emotionally – were left adrift under state mandates that forbid large gatherings and saw summer tours and festival appearances vanish into thin air. Some, like Post Malone, performed isolated concerts on YouTube. Others, like Charli XCX, created new works in real time, sharing them along the way, as chronicled in the documentary Along Together. The folk-pop singer-songwriters Johnnyswim turned their shutdown experiences into a reality TV series, The Johnnyswim Show, originally airing on the Magnolia Network and currently available for streaming on HBO Max.

For Johnnyswim, nearly everything in life is a family affair. Made up of the married couple Amanda Sudano and Abner Ramirez, their song “Home” was the theme song for the hit HGTV show Fixer Upper, hosted by their friends, Chip and Joanna Gaines. When the Gaineses started Magnolia, they picked up Home on the Road with Johhnyswim, which found the band touring with their infant children. The Johnnyswim Show began filming during the early stages of the pandemic, and sees the couple struggle to keep their family sane and their careers alive.

If you have children, Sudano and Ramirez will remind one of the popular parents you meet selling raffle tickets in the schoolyard of your kid’s grammar school, maybe at the Halloween Fair or End of Year Carnival. They’re affable, good looking, and well intentioned, if a little bland and too aware that everyone’s always looking at them. Abner has lots of ideas and energy but sometimes loses focus. Amanda is warm and kind and plays her cards close to her chest. As is often the case in couples like this, you sense she wields the power behind closed doors.

Sudano and Ramirez first met at church before writing songs together. Sudano, who has also worked as a model, is the daughter of disco diva Donna Summers and songwriter Bruce Sudano. Bruce shows up in season two to help his grandson Joaquin write songs. The boy must promise the songs are not about either “dying or poop.” As you might imagine, it is an oath he almost immediately breaks. Like life itself, it is the kind of moment that is far funnier for those living it, than for the viewer, but that’s sort of the point of shows like this.

Season one found the Ramirez clan – Amanda, Abner, and their children Joaquin and Luna – coping with the scary boredom of the nationwide COVID shutdown. To cope, they worked on new music, built a chicken coop in their backyard and had another child, Paloma. Season two finds them trying to get back on the road in the face of infection spikes and postponed tours. “It’s like not being allowed to do something you were born to do,” Abner says forlornly after consulting with an infectious diseases expert and learning the Delta variant will peak right as an ill-fated tour is to get under way.

Looking for new opportunities to play live, Amanda and Abner seek alternate venues and offbeat scenarios. At one point, they play a pop-up show at a local drive-in to a modest yet appreciative crowd. Season two ends with them making a surprise appearance at the wedding reception of a fan. Unfortunately, there’s only one microphone for them to sing through.

From all appearances, the couple have a happy marriage and home life. The only spiciness occurs late in season two when Abner’s attempts to obtain a pilot’s license get in the way of plans for the group. With the help of a couples therapist they bridge the divide, thanks to lots of tears and understanding. Watching them do homework with their son will bring back traumatic memories of any parent who has had to do the same.

I don’t mean to be unkind when I say that Johnnyswim seem like a surprising group to base a television series around. Musically, they’re fine if commercially-oriented adult acoustic pop is your thing, but I’m not sure they command much attention outside their own celebrity sphere. What ultimately becomes clear watching the show is that their brand is the family itself. Besides the music and television series, they have released books about themselves and their musical family life.

Johnnyswim Show is classic middle of the road reality family programming. It’s innocuous and a tad boring, but like similar shows, somehow comforting. It’s nice seeing other people go through the same dull family drama you do, even if the Ramirezes have a much nicer kitchen than anyone you know. It’s also reassuring in a world filled with so many terrors, infectious diseases, tyrants and looming disasters at every turn, to know that nice people still exist and maybe, If they have a successful television show, it means there are more nice people than mean people in the world.

Benjamin H. Smith is a New York based writer, producer and musician. Follow him on Twitter: @BHSmithNYC.