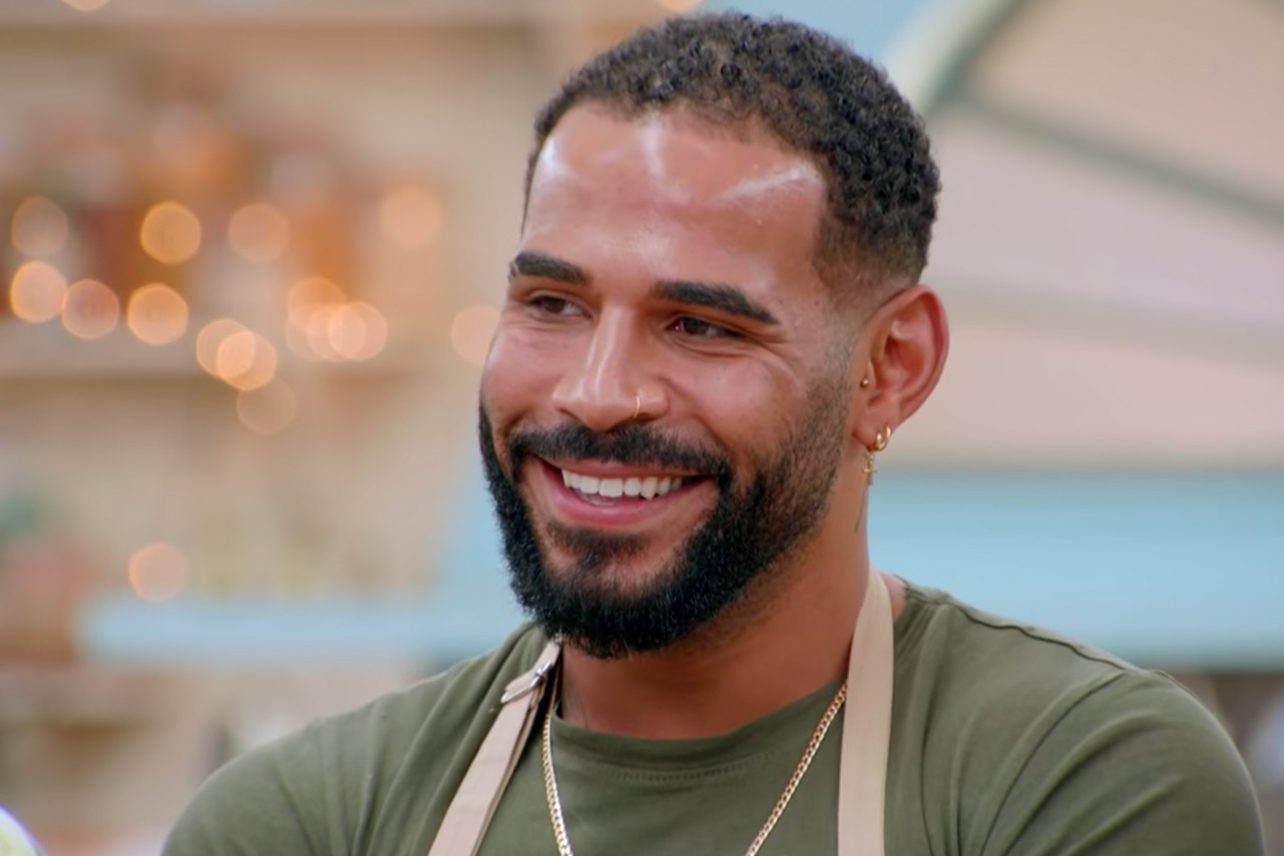 For the first few weeks of The Great British Baking Show Collection 13 on Netflix, the honor of Star Baker was ping-ponged back and forth between Janusz Domagala and Maxy Maligisa. Janusz is the jolly Polish baker with a love of booze, bright colors, and dripped icing. Maxy is the gorgeous and humble mum who can never believe she’s won Star Baker. It would seem that Janusz and Maxy are the bakers to beat, and yet, Sandro Farmhouse has been nipping at their heels in every single challenge since Day 1. Sandro finally earned the title of Star Baker during The Great British Baking Show “Dessert Week” and it was extremely well-deserved.

With Sandro’s win, this season of The Great British Baking Show is at long last heating up.

We’re just going to own up to it. We’ve had our eye on Sandro ever since Week 1 of this season of The Great British Baking Show. Yes, he is a handsome man. He’s got biceps like a superhero and earns a living as a nanny. Sandro is hot. But we were more impressed by the sizzling passion for baking he brought into the tent. For the last five weeks, Sandro has been consistently producing great bakes. The biggest mystery about his run on The Great British Baking Show so far has been why he hasn’t been able to crack Star Baker or earn a Hollywood handshake.

That all changed in The Great British Baking Show “Dessert Week.” (Okay, Sandro didn’t get that Hollywood handshake, but he came close!) More importantly, Sandro was the shoo-in for Star Baker. How exactly did the London-based baker eke out his win? He was, as always, consistently excellent.

Judges Paul Hollywood and Prue Leith asked the bakers to kick things off on The Great British Baking Show “Dessert Week” with eight identical steamed puddings. While some bakers struggled to get their steam on and others had flavor issues, Sandro’s gilt-covered puds were literally described as “perfect.” For a split second, it seemed that Paul was going to grace Sandro with a Hollywood handshake, but he withheld the honor — to Sandro’s chagrin!

If Sandro wobbled anywhere this week, it was in the Technical Challenge. Before leaving the tent, Prue told the bakers to follow the recipe closely. As it happens, Prue’s recipe for the classic Lemon Meringue Pie was just the single sentence: “Make the Lemon Meringue Pie.” While Sandro didn’t completely fumble, he did wind up in the middle at fourth place.

However Sandro soared in this week’s Showstopper Challenge. Paul and Prue asked the bakers to make a complex mousse dessert with a “surprise” inside. Other bakers struggled with getting their mousses to set, balancing the flavor with the amount of gelatin, and simply finishing. Sandro, on the other hand, didn’t just nail the texture of his mousses, but he created a globe. When you looked at his Showstopper versus the rest of the bakers’ efforts, it was clear he went above and beyond.

While all the bakers in The Great British Baking Show tent clearly want to win, no one has been more outwardly ambitious than Sandro. As fellow baker Dawn Hollyoak put it, “He’s been craving Star Baker from the get go.” Sandro himself said his win is going to make him push himself harder because he’s “tasted it” and he loves it.

Sandro won by pushing himself to go above and beyond Prue and Paul’s already demanding briefs and now that he’s made Star Baker, he’s promised to push even harder. That sounds like a recipe for a more creative and competitive Great British Baking Show in the week’s ahead. Bring it on.

Mel Gibson can testify at Harvey Weinstein trial, judge says
A cartoon in the newspapers mocking MLK and civil rights movement, 1967. The media has been attempting to make activism appear stupid and idiotic for decades