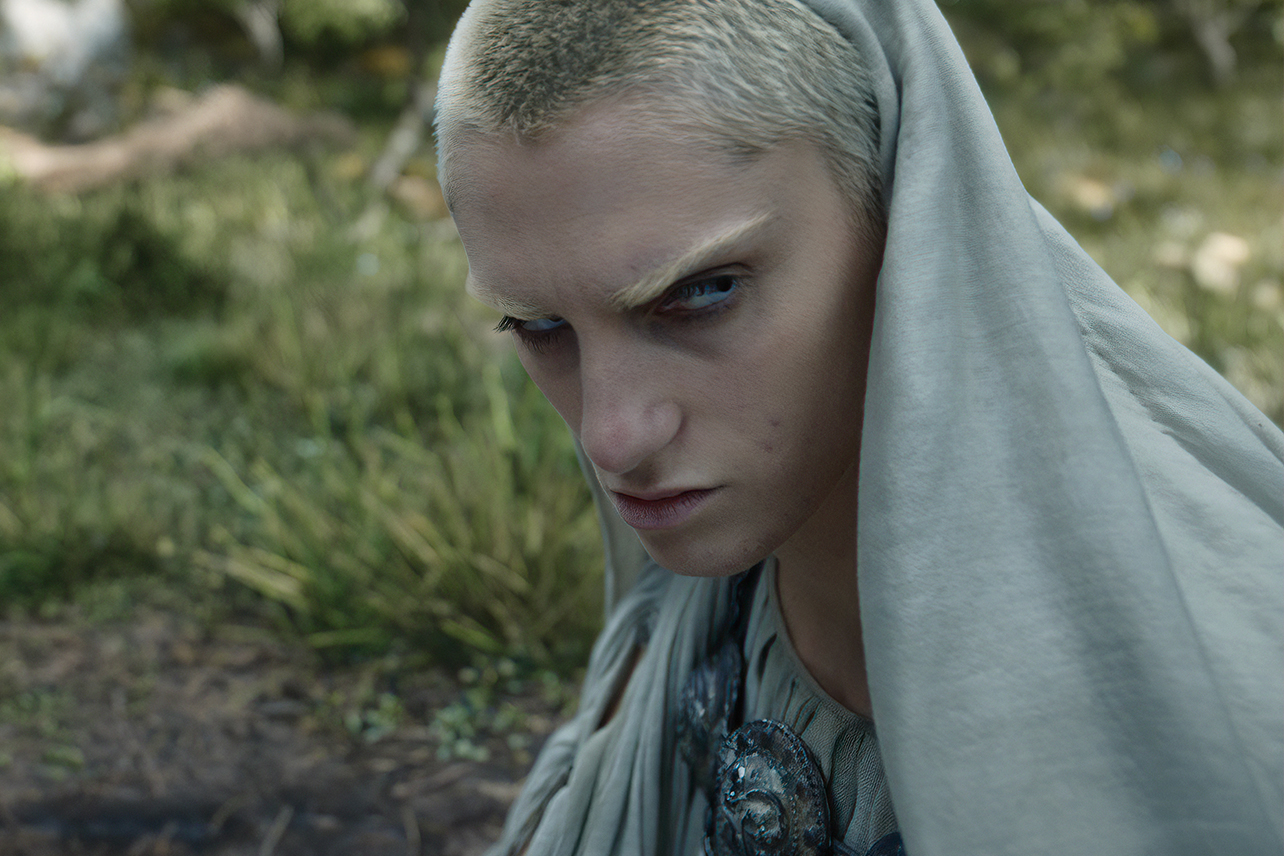 The Lord of the Rings: The Rings of Power Episode 5 “Partings” on Prime Video finally shows Galadriel (Morfydd Clark) leading the Númenoreans — including Halbrand (Charlie Vickers) — to Middle-earth, but that might not be the part of the episode that rocked you the most. Did you see those weird cult ladies with the bleach blonde hair tracking The Stranger (Daniel Weyman)? Do they worship Sauron? Is The Stranger officially Sauron? Or is this a cult of Morgoth looking for a sign of a Maiar in Middle-earth?

Beyond the creepy evil cult stalking The Stranger, The Lord of the Rings also added a wrinkle to Tolkien’s epic lore. While Tolkien never provided a backstory for mithril — that we know of — Gil-galad (Benjamin Walker) reveals to Elrond (Robert Aramayo) that a seemingly apocryphal story about an elf, a tree, and a balrog connects mithril to the Silmarils.

Here’s everything you need to know about the big mysteries and even bigger reveals in The Lord of the Rings: The Rings of Power Episode 5 “Partings” on Prime Video…

Photo: Prime Video
WHO IS HUNTING THE STRANGER IN THE LORD OF THE RINGS: THE RINGS OF POWER EPISODE 5? A CULT OF SAURON OR MORGOTH?

Right after a sweet scene where The Stranger worries that he might be evil and Nori (Markella Kavenagh) reassures him that he is good, we get the biggest clue that The Stranger might be Sauron. A few creepy folks with white blonde hair and ice cold eyes surround the meteor site where The Stranger crashed. We hear whispers in a dark language that evoke the sounds of the Eye of Sauron. (And actually, the voice of the Eye of Sauron — Janet Roddick — has a vocal credit in the episode!) Who are these people? What do they want with The Stranger?

According to the end credits, these three women are called The Nomad (Edith Poor), The Ascetic (Kali Kopae), and The Dweller (Bridie Sisson). The Nomad is the one with the long red hair and cool helmet. The Ascetic is the one holding the plate. The Dweller is the one people think might be Sauron. But she’s not! (Unless she is! Whoa, that would be a twist!)

Well who exactly are these women? They’re probably part of one of the cults that worship Morgoth. The Silmarillion describes how Sauron presented himself as a representative on Middle-earth for his fallen mentor before eventually realizing he should be the one in charge. People and orcs who subscribed to Morgoth worship believed that the worship of the Valar was holding people back from their true potential.

Of course, since the scene that introduces them starts with a flashback of The Stranger’s arrival, which looked like the Eye of Sauron, and ends with Adar (Joseph Mawle) in contemplation, this could be a Sauron-worshipping cult. After all, we know some Southlanders are already pinning their hopes and dreams on Sauron’s return.

What really matters is these people are no good and they are hunting The Stranger. We know that many followers of Sauron — at least Waldreg (Geoff Morrell) — believe the starfall signals his return. Does this mean The Stranger is Sauron? Maybe! But Waldreg has already been proven wrong about Sauron. He believes Adar is Sauron. Something Adar takes offense to. So it could still be that The Stranger is good, as Nori believes, and these cultists are wrong in a similar way to Waldreg.

Photo: Prime Video
THE LORD OF THE RINGS: THE RINGS OF POWER EPISODE 5 ENDING EXPLAINED: HOW IS MITHRIL’S NEW ORIGIN STORY TIED TO THE SILMARILS?

Even casual Tolkien fans know that the wealth of the Mines of Moria wasn’t gold, but mithril. The Lord of the Rings: The Rings of Power Episode 5 “Partings” lets Gil-galad shed new light on mithril’s origin story. As it happens, mithril is directly tied to the mythic Simarils.

The Simarils, from whence Tolkien’s The Silmarillion draws its name, were three gorgeous gems forged by the elf Fëanor. He was able to capture the combined light of the sacred Trees of Valinor within these gems. Tolkien describes them as living things that filled everyone who saw them with wonder — including Morgoth, then known as Melkor. Morgoth destroyed the Trees of Valinor and stole the Silmarils, kicking off the horrific war that Galadriel details in The Lord of the Rings: The Rings of Power‘s initial opening.

Gil-galad reveals to Elrond that the obscure legend known as the “Song of the Roots of Ithildir (sp?)” tells the story of an elf warrior who fights a balrog over a tree atop the Misty Mountains. Apparently one of the lost Silmarils was hidden in said tree. The elf poured all his good into the tree and the balrog all its hate. Lightning caught the tree and pushed a mysterious power through its roots, deep within the Misty Mountains. The power is “as pure and light as good, as strong and unyielding as evil.” That power…is mithril.

Gil-galad believes that mithril, ore that contains the light of the lost Silmarils, is the one thing that can keep the blight afflicting the elves from dimming the light of the Eldar. This means that Elrond has to convince his buddy Durin to give the elves mithril in order to save elf-kind.

The long and short of it is that The Lord of the Rings: The Rings of Power has now created a backstory for mithril that connects it to the Silmarils. Sure!

Halsey wonders if they 'chose the wrong life,' calling it 'suffocating'
Don’t worry we let our dog out right away whenever Milo does this ...