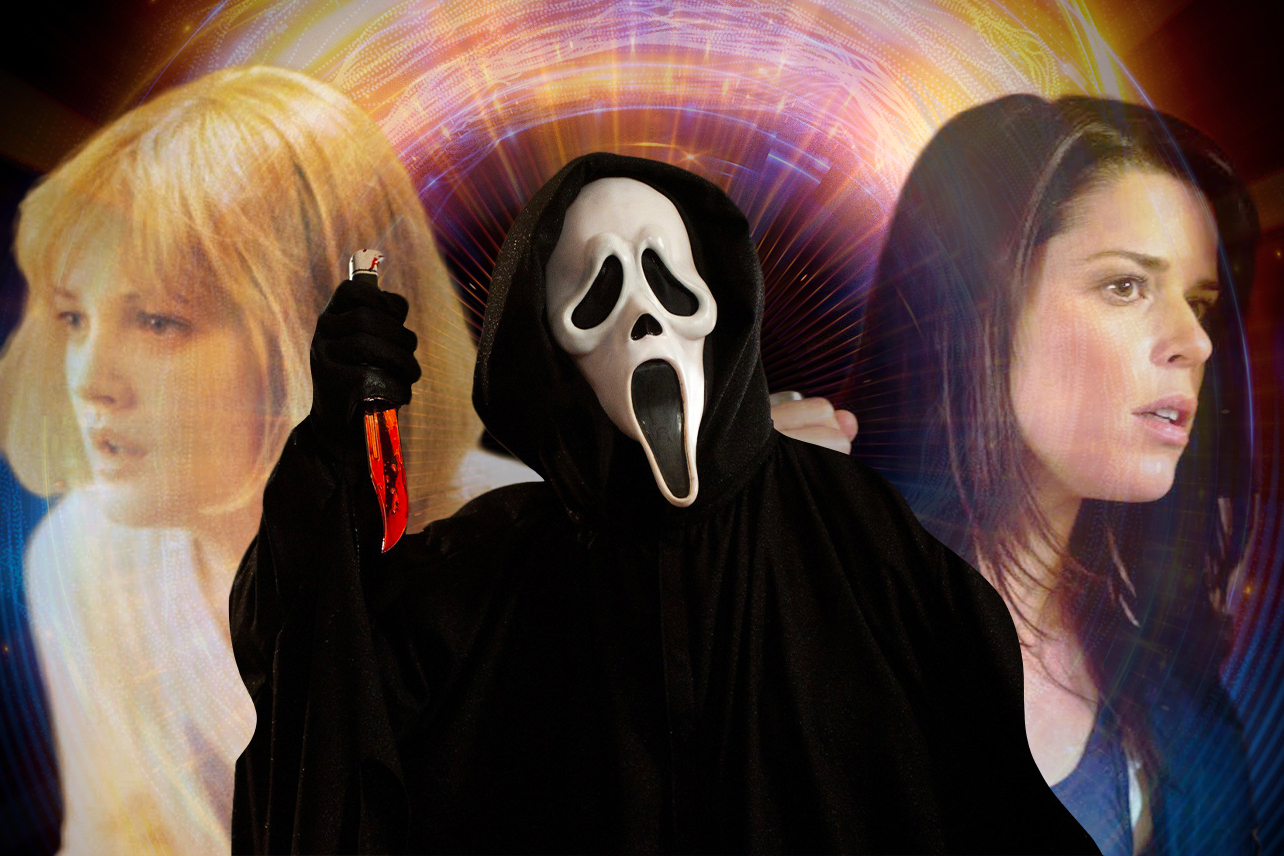 Sydney is Ripley. She is the Alien film hero. Sydney transforms from Ripley the cat lady no-one listens to, to Ripley learning to fire pulse rifles and facing off against a fertile little girl mother archetype (after Ripley lost her biological daughter); to finally Ripley of Alien3, who is, to me, one the most compelling representations of feminist defiance, power, and power in the last decade of 90s.

Early in Scream 2, there’s a reference to Aliens as a sequel that’s arguably superior to the original — and while I take issue with that (as does a character played by Sarah Michelle Gellar, whose run as Buffy on television would arguably not have happened without the success of Scream the year previous), I’m also of the extreme minority who feels like the Alien3 workprint is the best of the first three films. Scream 2’s Sydney is the Ripley character of Alien3. She explains in a conversation with her college drama teacher, Mr. Gold (David Warner), how he described it as: “the battle for the soul is fought in the forum of art.” Does Sydney know she’s in a movie? I don’t think these films are quite that meta, but she does understand that she’s a player in a larger, eternal design, and the things that are happening to her serve as cautionary instruction to everyone around her. I love how she’s at home now with crank calls seeking to further victimize her — with the fame she doesn’t want for just suffering her trials transmogrified into popular entertainments — primarily by chief antagonist, opportunistic journo Gail Weathers (Courtney Cox, never better than in this series). She has accepted that she is literally Cassandra: doomed to tell the tale that will eventually lead to the deaths of everyone she loves — and her own, too, eventually, if the story holds. It’s in this film, though, that she’s offered an escape clause in the death of the other Cassandra, Randy.

Scream 2 is toned differently than the first film. It’s more forlorn, fatalistic. I don’t want to characterize it as nihilistic because the survival of its central trio of Sydney, Gail and Gail’s on-again boyfriend, Deputy-eventually-Chief Dewey (David Arquette) suggests hope in proper allyship and co-dependence in tension with obviously inappropriate object choice and misjudgment. In both these films, Sydney is in romantic relationships with dangerous or potentially dangerous men. The grand fiend, as revealed in the second film, is not disguised as another. “Loomis” (Laurie Metcalf), a character like Billy from the first, named after the Donald Pleasance character in Halloween who was himself named after Marion’s boyfriend in Psycho. It’s possible to list all the in-references to horror films and characters in these pictures, but the Shrek obsession with gathering Easter Eggs is the lowest form of engagement. I will only mention the “Loomis”These characters are so familiar with movies that they fail to acknowledge the callback even though acknowledging the existence of other calls. In not acknowledging something this obvious, it forces us, the nerd audience, to consider that we are being let in on a joke made at the expense of the characters and, in the process, come to the awareness that we’re now a part of the unpacking of this drama in an organic way. It dissolves the barrier between art and spectator in a way that Hitchcock did and, notably, Michael Powell’s Peeping Tom does – a picture the series references explicitly in Scre4m down the line. These Scream films can be slippery. And they’re smarter than you and me.

Where can I stream Scream II?