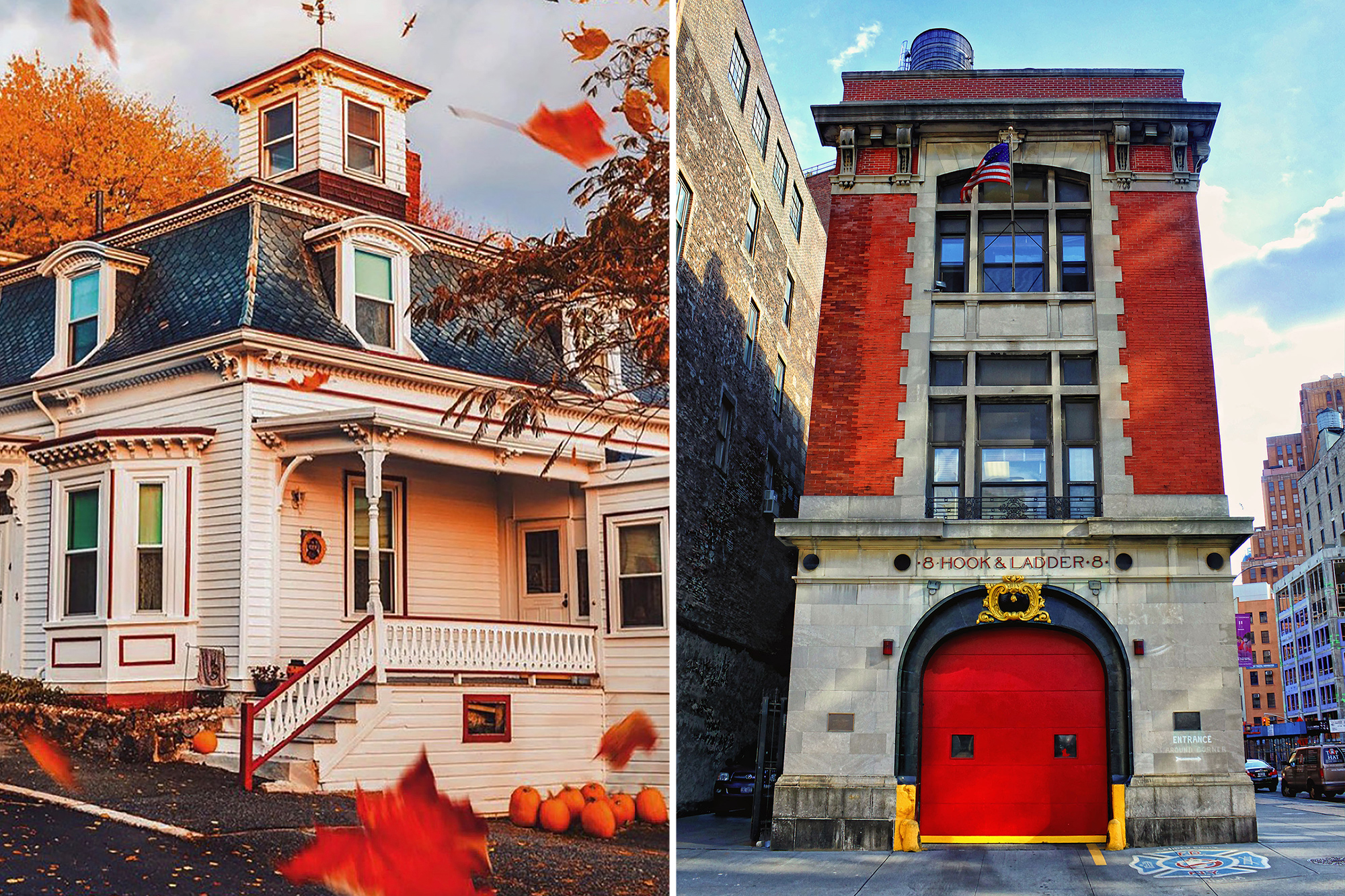 You may want to avoid trick-or-treating at these houses on Halloween.

When it comes to horror movies, many locations can become just as famous as the characters. Whether a movie features a haunted house or is set in a creepy location, many of these famously scary homes are still standing today.

Here are the real-life dwellings and sites where some of your favorite spooky flicks were filmed.

In 1974, 23-year-old Ronald DeFeo Jr. shot and killed his parents and his siblings while they slept in their beds. One year later, a new family, the Lutz’s, purchased the DeFeo home which has been known as “The Amityville Horror” house.

After moving into the Long Island, New York, dwelling the family reportedly experienced supernatural phenomena and were driven from the home – as the 1977 book and 1979 movie show. The actual house still stands and has become a bit of a tourist attraction and was depicted in multiple “Amityville Horror” films based on the original, “true” story.

After moving to the Long Island, New York, dwelling the Lutz family reportedly experienced supernatural phenomena and were driven from the home, inspiring the “The Amityville Horror” films. Bettmann Archive

Similar to “The Amityville Horror,” the movie “The Conjuring” claims to be based on a true story. Also, just like the Amityville, New York, house, the Rhode Island residence was investigated by real-life ghost hunters Ed and Lorraine Warren.

The Rhode Island residence that inspired “The Conjuring” movies was investigated by real-life ghost hunters Ed and Lorraine Warren.

While the house and its story were relatively unknown before the film, it has since gained notoriety. In 2021, the house was listed for sale by its owners, who only purchased the property back in 2019. Ghostly occurrences still reportedly occurred in the house, Fox News Digital reported in 2019. The owners had hoped to open the home to other paranormal enthusiasts like themselves.

Fortunately, “Scream” was not based on a true story. Scenes from the movie were filmed in a real house in northern California, however. It was announced in 2021 that the property would be available for bookings on Airbnb and would feature appearances from the Ghostface killer (or, an actor wearing the iconic mask).

Salem, Mass., is a popular tourist destination around Halloween thanks to the area’s history involving witch trials. Many tourists apparently enjoy stopping by a private residence that was used in the film “Hocus Pocus.”

Many tourists enjoy stopping by the private residence that was used in the film “Hocus Pocus,” in Salem, Mass.
Twitter / @OctobersLeavess

The house still has the same exterior it had in the movie and along with its location at the end of a street, it’s an easy location for fans to spot.

There are plenty of firehouses in New York City, but there’s only one that is also famous for fighting ghosts. The Hook & Ladder Company 8 firehouse was used for exterior shots in “Ghostbusters.” The firehouse still stands today and, while it’s a fully operational fire station for the FDNY, it has openly embraced its place in film history.

It has become a popular spot for fans to visit and take photos. Due to its locations, many of the firefighters stationed at the house were some of the first responders to the scene of the World Trade Center on 9/11.

New York City has many iconic buildings that have housed famous occupants. The Dakota apartment is one such building, located on West 72nd St. near Central Park. While Judy Garland and John Lennon both lived there, the building was also the setting for the pregnancy-themed horror film “Rosemary’s Baby,” starring Mia Farrow.

NYC is iconic for many buildings, including the Dakota apartment that was used for the horror film “Rosemary’s Baby.”
Getty Images

John Lennon was also shot in front of the building in 1980.

Sadly, the iconic house from Beetlejuice was just a facade built for the film. In fact, the entire town of Winter River, Conn., was created just for the movie, with interior shots being filmed on sound stages in California, according to IMDB.

The iconic house from “Beetlejuice”, including the entire town of Winter River, Conn. was built for the movie. ©Warner Bros/Courtesy Everett Collection

Ridley Scott’s classic “Alien” has often been called a haunted house movie in space. It may come as a surprise, however, that the film’s setting was not actually a real spaceship.

Instead, the dimly lit corridors of The Nostromo were just sets built at a studio in England, according to IMDB.