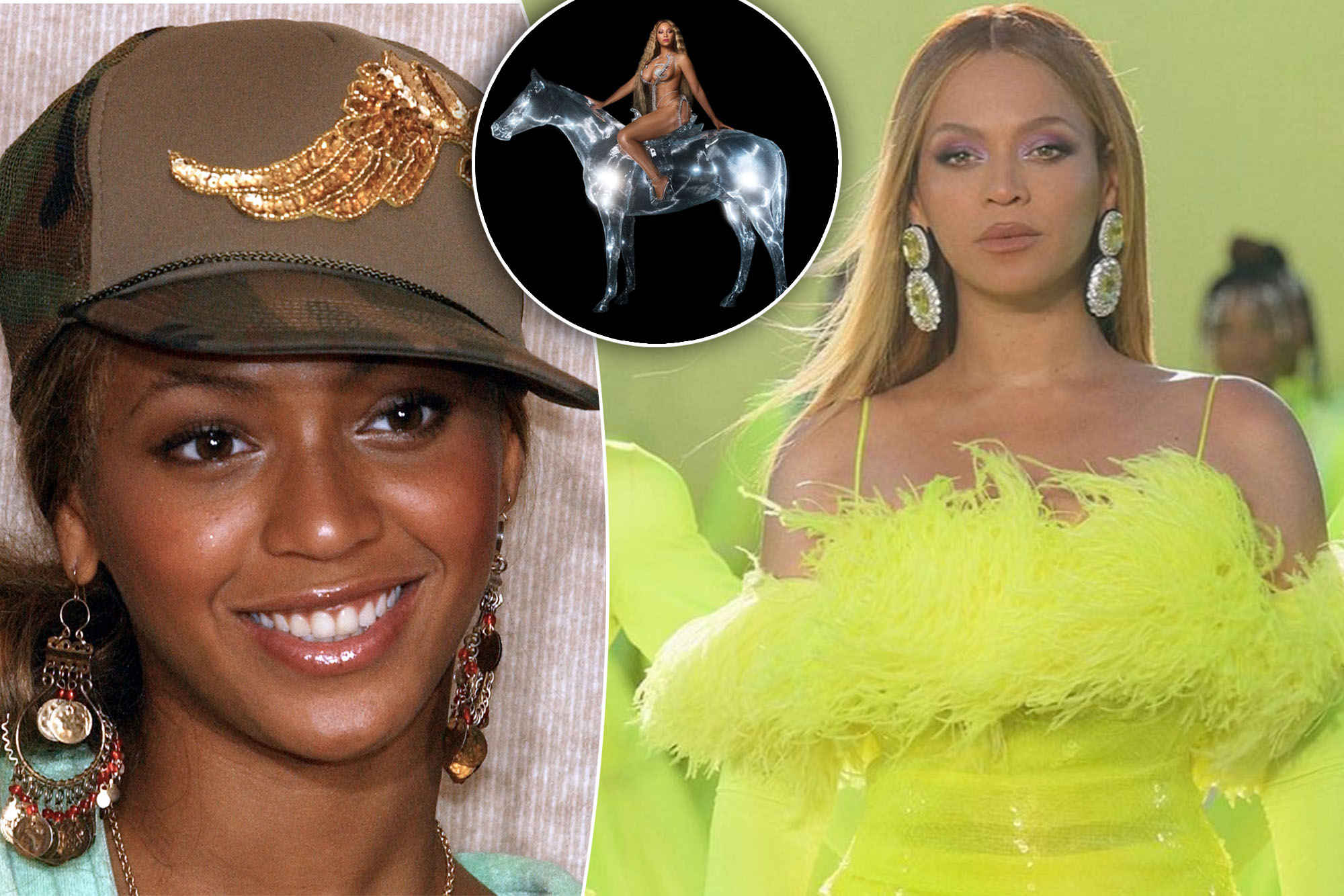 When Beyoncé made her second Super Bowl halftime show appearance in 2016 — the one where she and Bruno Mars hijacked the whole thing from headliners Coldplay — the über-diva rocked a black bodysuit in a sartorial salute to Michael Jackson’s own SB XXVII performance in 1993.

It was official: Beyoncé — the day after the surprise release of her hot-sauce-shaking single “Formation” — was the new Michael Jackson.

And with Beyoncé releasing “Renaissance,” her much-anticipated new album, on Friday, July 29, it’s worth looking back on how she, just like Michael, became a pop icon after graduating from teen groups to solo superstardom.

Also like Jackson: She was groomed for global takeover by her father.

“You can tell now just how important Joe Jackson was to Michael and Janet in preparing them for their moment — and then when the moment arrives, them having to separate themselves from their father and move on to doing greater things,” said Andreao “Fanatic” Heard, who won a Grammy as a producer of Beyoncé’s debut solo album, 2003’s “Dangerously in Love.” “Mathew [Knowles] was the same way with Beyoncé.”

Knowles always had his eyes on the prize for daughter Beyoncé to become the one-woman wonder that she is today.

He managed the girl group Destiny’s Child — eventually made up of Beyoncé, Kelly Rowland and Michelle Williams, though there were others — which released its debut single “No, No, No” in 1997. Then, Beyoncé started chasing her destiny when she delivered her debut solo single, the Neptunes-produced “Work It Out” — from the movie “Austin Powers in Goldmember,” in which she starred as Foxxy Cleopatra — 20 years ago on June 11.

The very next year, her smash hit “Crazy in Love” — one of many collaborations with her future husband Jay-Z — and Grammy-winning debut album “Dangerously in Love” proved that Beyoncé Knowles-Carter was always meant to be one singular sensation.

In fact, she has gone on to win a record 28 Grammys. “You could see throughout her career that her star was just so big,” said Heard.

“When the remix of ‘No, No, No’ happened [in 1997], I knew,” added Bryce Wilson, who produced “Hip Hop Star,” featuring Big Boi and Sleepy Brown, on “Dangerously in Love.” “She just shined so bright.”

Indeed, Heard believes that it was during those formative years in Destiny’s Child that Beyoncé was going through “Run the World” boot camp to become the 40-year-old force of nature that she is now.

Heard also believes that the drama surrounding Destiny’s Child when LaTavia Roberson and LeToya Luckett left the group in 2000 and were replaced by Williams and Farrah Franklin — who quickly exited DC herself — left Beyoncé eager to go solo.

“I think she was just so so far ahead of Michelle and Kelly at the time, in terms of talent and what she was doing,” said Heard. “I think people could see that there was definitely favoritism going on toward Beyoncé. And that was just a constant conversation that was swirling around. So I think all the girls in that group were ready to part.”

“She was a ring baby,” said Wilson. “It’s like boxing — you look at Cory Spinks, Floyd Mayweather. They were born to be in the ring. So that would have to be her destiny.”

Beyoncé’s Grammy-winning solo debut, “Dangerously in Love,” proved that she was destined for solo superstardom.

Beyoncé also began to do more writing, winning one of her first Grammys for Best R&B Song for Destiny Child’s “Say My Name” in 2001. She also had a pen in the DC hits “Independent Women Part 1,” “Survivor” and “Bootylicious.” Another key collaborator entered her life when she teamed up with Jay-Z for their first hit collab “’03 Bonnie & Clyde,” which was released in October 2002. After the two got romantic, Wilson believes that Jay-Z helped give Beyoncé some extra edge to launch her solo career.

“To be honest, Jay had a lot to do with that album,” said Wilson, who, through connection with Jay-Z, got his chance to work on “Dangerously in Love.” “Jay, I think, A&R’ed that album. It was his idea to get Big Boi on ‘Hip-Hop Star.’ ”

While Jay-Z has remained right by his wife’s side personally and professionally — though Mrs. Carter is still firmly in charge — her father is no longer involved in her career. And 20 years and seven studio albums after her debut solo single, Beyoncé is having another rebirth with “Renaissance,” which was not previewed for press before its release on Friday.

Beyoncé first stepped out from her girl group Destiny’s Child in 2002.Getty Images

Heard expects no different from “Renaissance.”