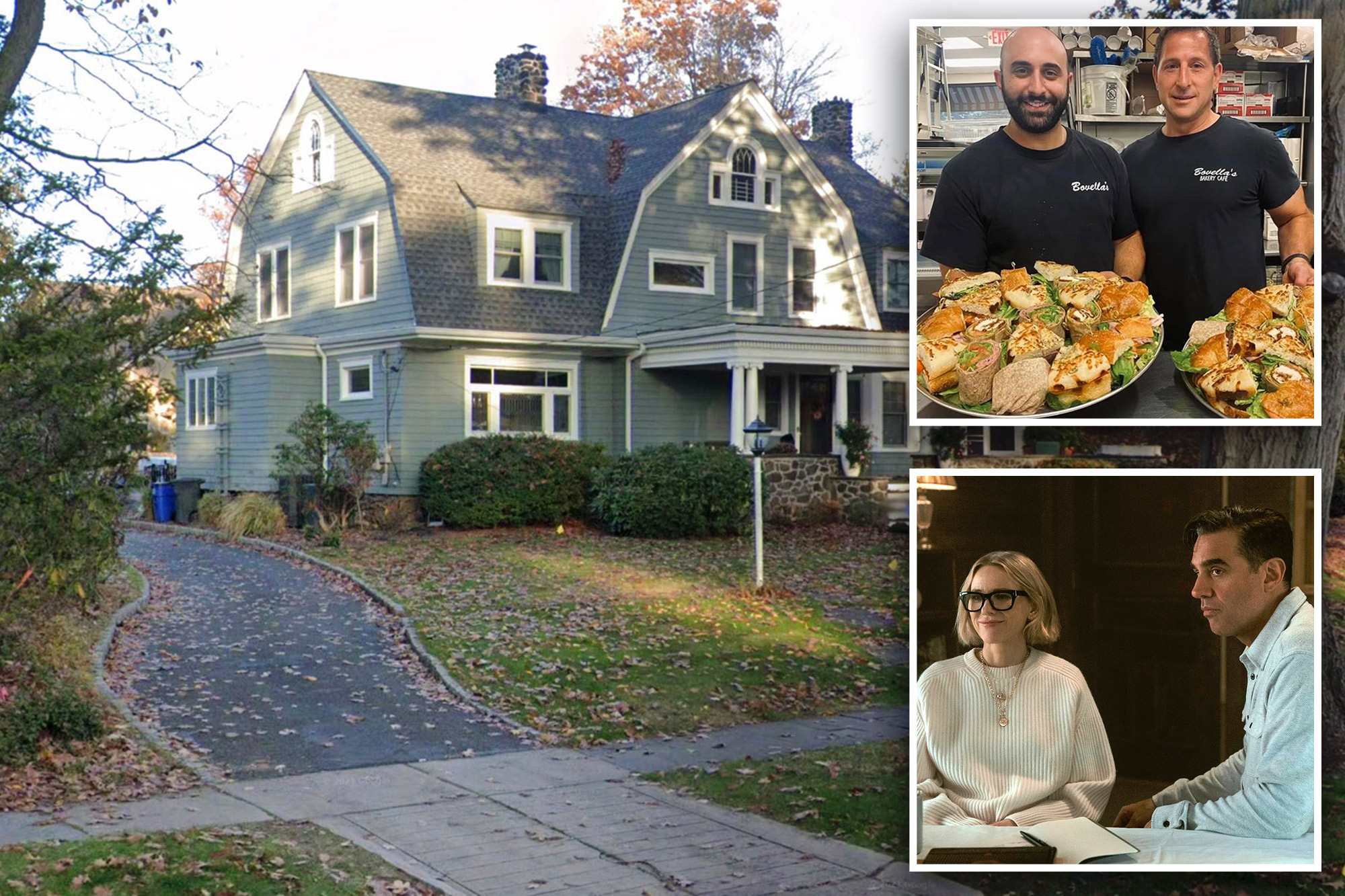 Living the suburban dream became a living nightmare for neighbors living nearby “The Watcher” home at 657 Boulevard in Westfield, New Jersey.

The seemingly idyllic town outside of Manhattan has been riddled with news trucks and unrest ever since Derek and Maria Broaddus purchased the massive six-bedroom house for $1.3 million in June, 2014. Days after moving in, they received their first harrowing note signed, “The Watcher.”

Their haunted house story is the basis for the new Netflix show with the same name, but in real life, neighbors were shaken up for years, and many are still questioning what really happened, residents say.

“It was kind of freaky. If you know Westfield, it’s more of a quiet town, more family oriented. When that story came out, it definitely struck people,” Ralph Bencivenga, 54, an owner at Bovella’s Pastry Shoppe in Westfield, who has been a lifelong resident working less than a mile from “The Watcher,” house told The Post.

Bobby Cannavale stars in the Netflix series “The Watcher,” based on a true story. In real life, neighbors were haunted by the mystery for years. Netflix/The Hollywood Archive

The home was the subject of the 2018 New York Magazine story detailing The Broaddus’ harrowing home buying experience in 2014 when they received a letter addressed to “The New Owner” with the anonymous scribe claiming he was in charge of watching the home.

Each letter included personal details about the owners, their home and their children and that they wanted the house filled with “young blood.” The Watcher also wrote that the home had been “the subject of my family for decades” and that they were waiting for its “second coming.”

“How did you end up here?” the writer asked in the first letter to the family. “Did 657 Boulevard call to you with its force within?”

“657 Boulevard has been the subject of my family for decades now and as it approaches its 110th birthday, I have been put in charge of watching and waiting for its second coming,” the anonymous author wrote in one letter, claiming their grandfather watched the house in the 1920s, and their father watched in the 1960s.

The home was the subject of the 2018 New York Magazine story detailing The Broaddus’ harrowing experience in 2014.Netflix/The Hollywood Archive /

“It is now my time. Do you know the history of the house? Do you know what lies within the walls of 657 Boulevard? Why are you here? I will find out.”

Bencivenga said the news spread like wildfire in the town, and the allegations didn’t sit well with residents, many of whom were young families.

“There was always talk about the house. I’m sure people decided to move out at least out of that area,” Bencivenga said, recalling the 2015 investigation. “That area where it happened is a really beautiful area. It’s not too far from schools. It was a weird situation.”

The Westfield police department conducted a lengthy investigation, with the Broadduses hiring a retired NYPD officer, forensic linguist and a former FBI agent to track down any suspects, however, they never had any leads or evidence and no useful information was pulled after checking the envelopes for fingerprints, according to New York Magazine.

Bencivenga recalled the home being a hard sell after the Broadduses moved out, noting that his son’s friend’s family rented the home in 2020.

“Nobody wanted to live in the house. My son’s friend lived there for two years, and my son used to go there and hang out. He never noticed anything. He knew about ‘The Watcher,’ but it didn’t phase him. They just needed a rental in Westfield and that was their only choice,” Bencivenga said.

Another resident, Kimberly Sorrentino, who has lived on The Boulevard for 30 years told The U.S. Sun she “seriously contemplated” buying the Broaddus family’s home when it went up for sale. While other residents told the outlet they underwent voluntary DNA testing during the investigation into the mystery missives.