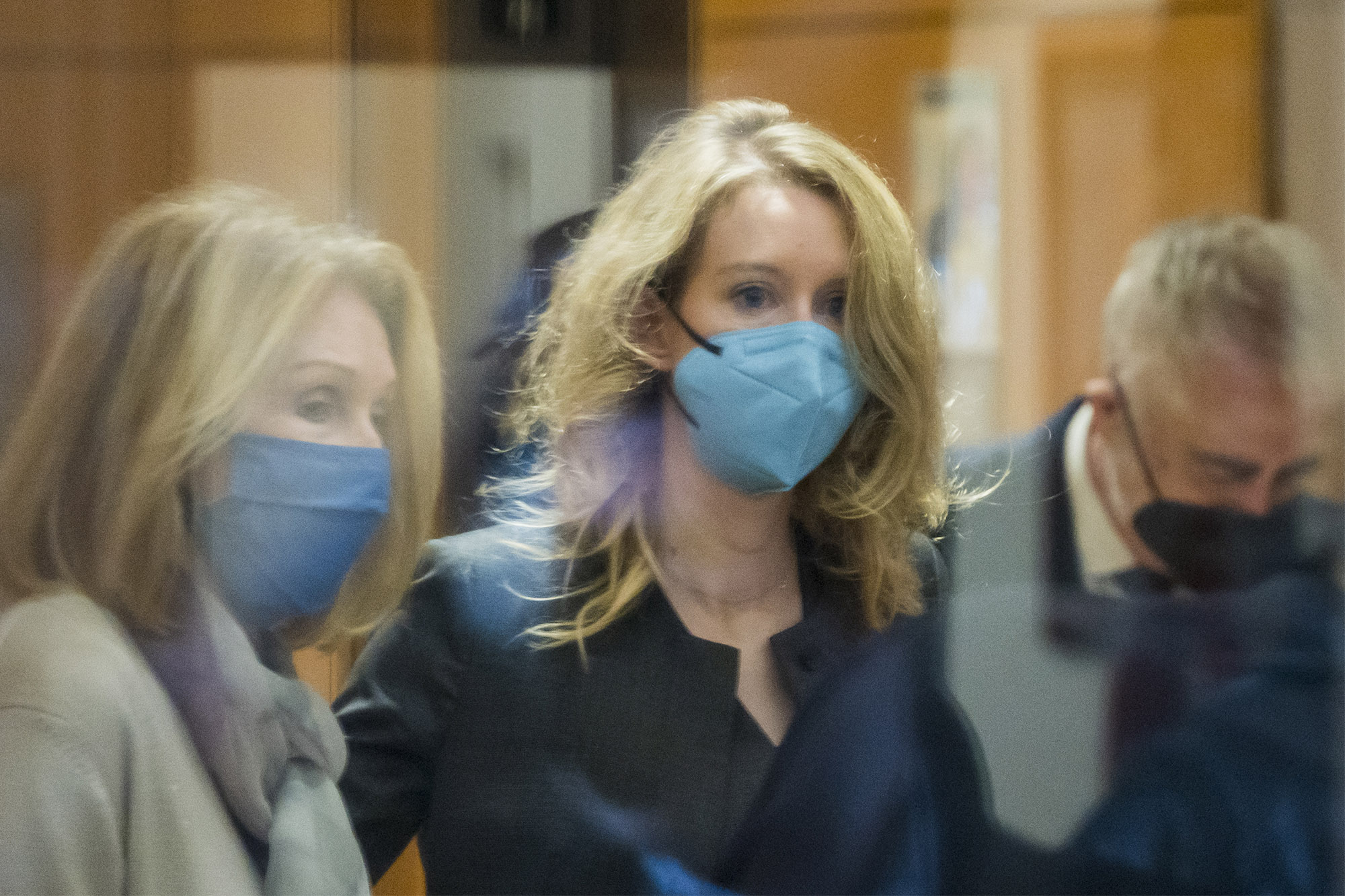 Holmes was unanimously found guilty on three counts of wire fraud, and one count of conspiracy for wire fraud. She was found not guilty on four additional charges.

She faces up to 20 years in prison for each charge, though it’s likely they would be served concurrently. A sentencing date hasn’t been given and it’s not clear if she will be placed into custody immediately in the meantime. Court watchers have said it’s likely Holmes will appeal.

Holmes, who had bowed her head several times before the jury’s decision was read aloud, remained seated and expressed no visible emotion as the verdict was given. Although Holmes’ partner, Billy Evans, displayed agitation at times, she appeared calm during the verdict reading.

Elizabeth Holmes founded Theranos at the age of 19 and raised almost $1 billion from investors.

After deliberating for seven days at the San Jose federal court, jurors weighed reams evidence from a three month trial that saw testimony from dozens of witnesses, including Holmes, the verdict was reached.

It also comes after the jury of eight men and four women told Judge Edward Davila on Monday morning that they couldn’t reach an unanimous verdict on three out of 11 charges. Judge Davila urged jurors to continue deliberating, but they returned hours later to state that they were still deadlocked on three of the 11 charges.

Federal prosecutors accused Holmes of leading a huge scam. She promised investors and patients that Theranos would revolutionize medicine by creating technology capable of testing for hundreds of diseases with a single machine and one finger prick of blood.

They said that Holmes knew Theranos lacked the technology to deliver on Holmes’ promises — even as she raised nearly $1 billion from investors and became a Silicon Valley icon, posing for magazine photoshoots wearing a black turtleneck in homage to her hero, Steve Jobs.

“She chose fraud over business failure,”During December closing arguments, Jeff Schenk, a federal prosecutor, told the jury. “She chose to be dishonest. This choice was not only callous; it was criminal.”

Holmes is likely appeal the verdict.

Holmes’ — who gave birth to a baby boy in July — argued that the founder genuinely believed in the potential of Theranos, pointing to the fact that she stayed at the company long after a damning 2015 Wall Street Journal exposé showed the company’s technology was deeply flawed.

“You know that at the first sign of trouble, crooks cash out,”Downey addressed jurors in San Jose federal Court. “She went down with that ship when it went down.”

“She believed she was building a technology that would change the world,”He added.

The defense also attempted to shift the blame from Holmes to Ramesh “Sonny” Balwani, Holmes’ ex-boyfriend and Theranos’ former chief operating officer. Holmes claimed that Balwani controlled her in the boardroom as well as the bedroom.

Balwani — who is nearly 20 years older than Holmes — controlled how she behaved, spoke and even ate, according to Holmes. She also claimed that he pressured her to have sex.

“He told me that I didn’t know what I was doing in business, that my convictions were wrong, that he was astonished at my mediocrity and if I followed my instincts, I was going to fail,” Holmes said.

Balwani said that “who I was was never going to be a person who would succeed in life or in business, so I needed to kill that person and become a new Elizabeth,”Holmes was also mentioned.

Jurors were told that Holmes could still be convicted of fraud even though she was abused in Balwani’s presence.

Balawni, who has denied Holmes’ accusations, is facing the same charges as Holmes in a trial slated to begin next year.

Elodie Yuung is "The Cleaning Lady" in Fox's new mob drama
Is "The Girl From Oslo" based on True Stories?