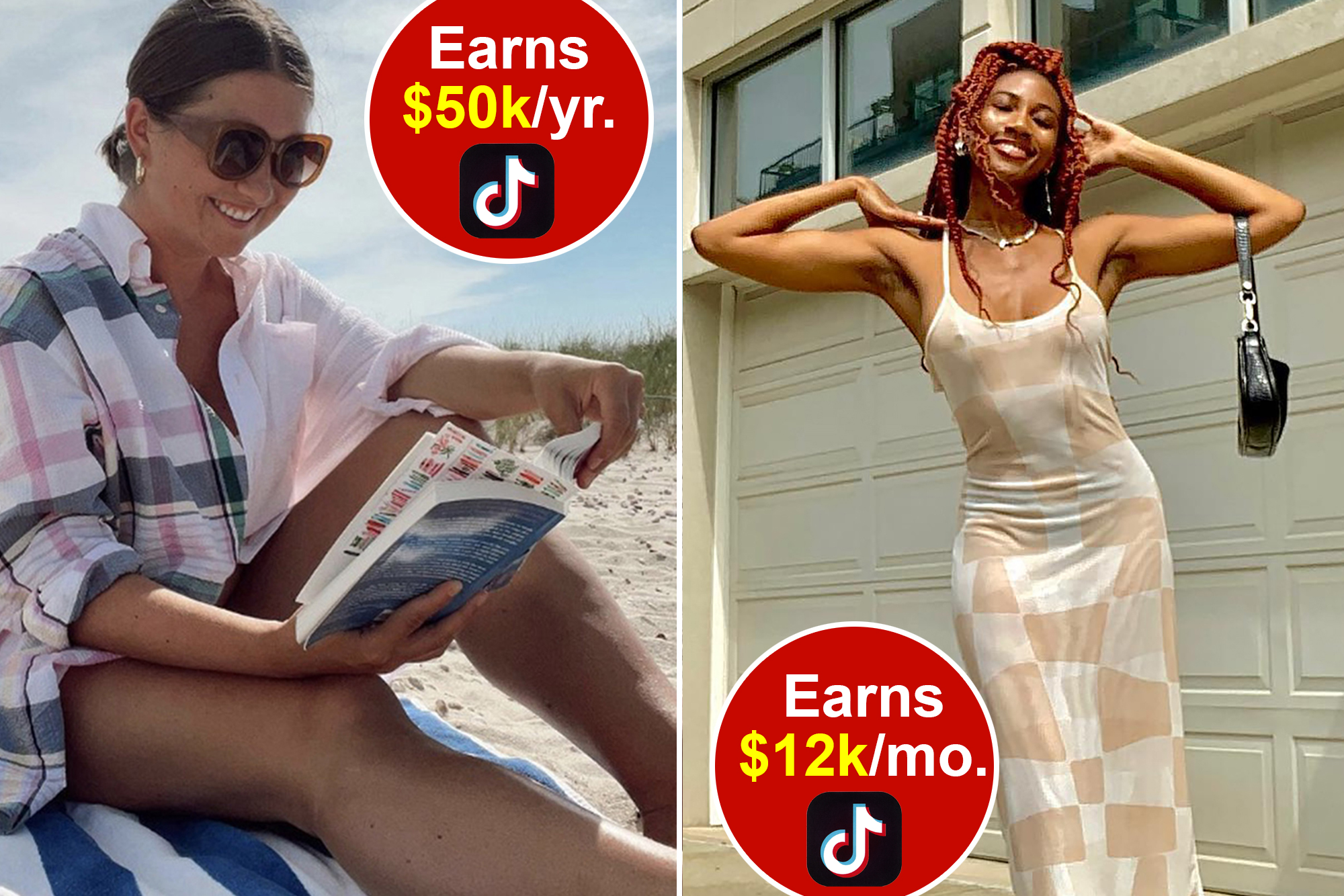 Mackenzie Newcomb, 29, is living the millennial and Gen Z dream. She works from her home on a beautiful pond in Massachusetts, where her grueling schedule includes quiet time in her kayak and trips to the beach. There, she’s expected to do little more than work on her tan, show off her free J.Crew gear and perhaps enjoy a complimentary lobster roll from a local restaurant.

Most of Newcomb’s peers would kill for her job as a TikTok influencer, but the New England native is burned out. What the content creator craves right now more than all the flexibility and perks is a nice, long break from the daily grind of accepting free stuff and posting video selfies.

“There’s great things about it,” Newcomb acknowledged to The Post, citing the sponsored trips she is offered and the clothes her favorite brands will ship to her. “But it’s also extremely emotionally exhausting and not always worth it.”

New Englander Mackenzie Newcomb is tiring of sharing her charmed daily life with her 60,000 TikTok and 11,300 Instagram followers. Instagram/mackinstyle

Newcomb earns about $50,000 a year for what many people might consider a pretty great way to make a living. But she, like other influencers interviewed by The Post, say they’re weary from the constant hustle. They’re frustrated by ever-changing algorithms that heavily influence whether or not their content gets eyeballs. And they say they’re scared to even take a short break for fear of losing followers, which equal revenue. Newcomb, for one, said she clocks 50 hours a week trying to attract attention on the app.

She began blogging in 2011 and quit her full-time marketing job a decade later to pursue her virtual Bad Bitch Book Club and social media lifestyle brand, but Newcomb’s questioning her self-worth after just a year in the gig.

The 29-year-old told The Post she is over being a full-time influencer and often feels like she is “contributing to the demise of the world.” Instagram/mackinstyle

Between the frustration of trying to predict content that will get her discovered, constantly thinking of how to portray her life, dealing with online trolls, worrying about how jobs like hers are “very much a reflection of capitalism,” and feeling like she’s negatively impacting the world during a recession and the climate crisis, Newcomb is over the initial appeal of being a full-time influencer.

“I’ve definitely participated in a lot more self-hatred,” she said.

Since devoting her time completely to social media, she has begun taking anxiety medication and seeing a therapist, she added.

Charli D’Amelio, 18, currently has 145 million followers on TikTok and 49 million on Instagram. @charlidamelio

A recent study by Awin reported that 66% of content creators say burnout is affecting their mental health; a 2021 survey from Indeed found that millennial (59%) and Gen Z (58%) workers, groups overrepresented in the influencer space, were reporting the highest rates of burnout.

The growing discontent can be felt all the way at the top. TikTok queen Charli D’Amelio was the most popular person on the platform for two years until she was unseated earlier this year; despite losing her coveted crown, the 18-year-old confessed to feeling almost relieved, and said she was happy to take a back seat.

“I just kind of lost the passion for it,” D’Amelio said on her podcast “Charli and Dixie: 2 Chix.”

Kara Smith posted on TikTok three times a day in February of 2021 while trying to build her 116,000 following but told The Post that it was unsustainable. @kararoselles

Kara Smith, 28, an Afro-Indigenous influencer living in Brooklyn, rose to TikTok fame in March 2020 after losing her job. She began focusing on sharing information about issues impacting her communities. Smith spent about 30 hours a week working, earning her anywhere from $10,000 to $12,000 a month.

But after a year, she noticed she was no longer motivated to grind it out. And she realized she was sharing things that didn’t always feel authentic in order to keep up.

“I felt like I was trying to throw anything that would stick,” Smith told The Post. Indeed, 64% of content creators noted a lack of quality and creativity as a leading cause of their burnout, according to the Awin survey.

Kara Smith was happy to accept a job with her Chappaquiddick Wampanoag tribe to reduce the pressure and stress of being a full-time influencer. @kararoselles

Smith also said that a large portion of her stress came from trying to secure new deals while still tracking down late payments from others. She has recently accepted a job with her Chappaquiddick Wampanoag tribe so as not to rely on social media as her main source of income.

The curvy vintage-style and beauty blogger, who typically works between 40 to 50 hours a week and did not want to disclose her income, told The Post she’s taking a breather while she reviews her place in the social sphere. She said she’s fortunate to be able to do that thanks to her husband’s salary.

“Glambassador” Christine Cochrum was nervous to slow down her social media presence and lose some of her 18,200 TikTok and 18,800 Instagram followers. Instagram/the_glambassador

Cochrum decided on the partial hiatus after she realized she was having problems focusing, felt rushed and completely unorganized, and wasn’t happy with the content she was putting out.

“Honestly, I was terrified. I was scared that if I took any time off that I would lose my momentum and the algorithm was just gonna be like, ‘Oh, you don’t exist anymore,’ ” she told The Post.

She said that every time she feels like she understands exactly what the algorithm wants, it changes two weeks later.

“Everything you’ve learned is gone,” the Washington, DC, resident said.

Constant platform changes are cited as the leading cause of anxiety amongst 72% of content creators, according to Awin.

“We’re all [just] sitting there, doing everything we possibly can to stack the deck to get us there, but it just feels like it’s luck,” she added.

The cycle of internet fame has quickened its pace since the early days of YouTube stars and the first Instagram influencers. Few to none have been immune, with most social-media stars eventually losing interest and favor with their followers and disappearing from the platforms that brought them attention.

Jenna Marbles, a comedian who became one of the most followed YouTubers in the 2010s with nearly 20 million subscribers, left the platform completely in June 2020 after facing backlash for previous content some deemed offensive. Caroline Calloway, an early Instagram influencer, cleared all the content from her account after cracks began to appear in her perfectly crafted image. (Her empty Instagram feed still has 651,000 followers.)

Newcomb, meanwhile, plans to swap her coastal New England life for New York City in the fall, where she said she’ll be getting a “real” job. She knows people might find her choice difficult to understand, but it’s one she takes very seriously.

“It definitely comes across to some people like Champagne problems, because it is the exact life that so many people want to live,” she said. “[But] it’s this really crazy feeling, like you are contributing to the demise of the world.”