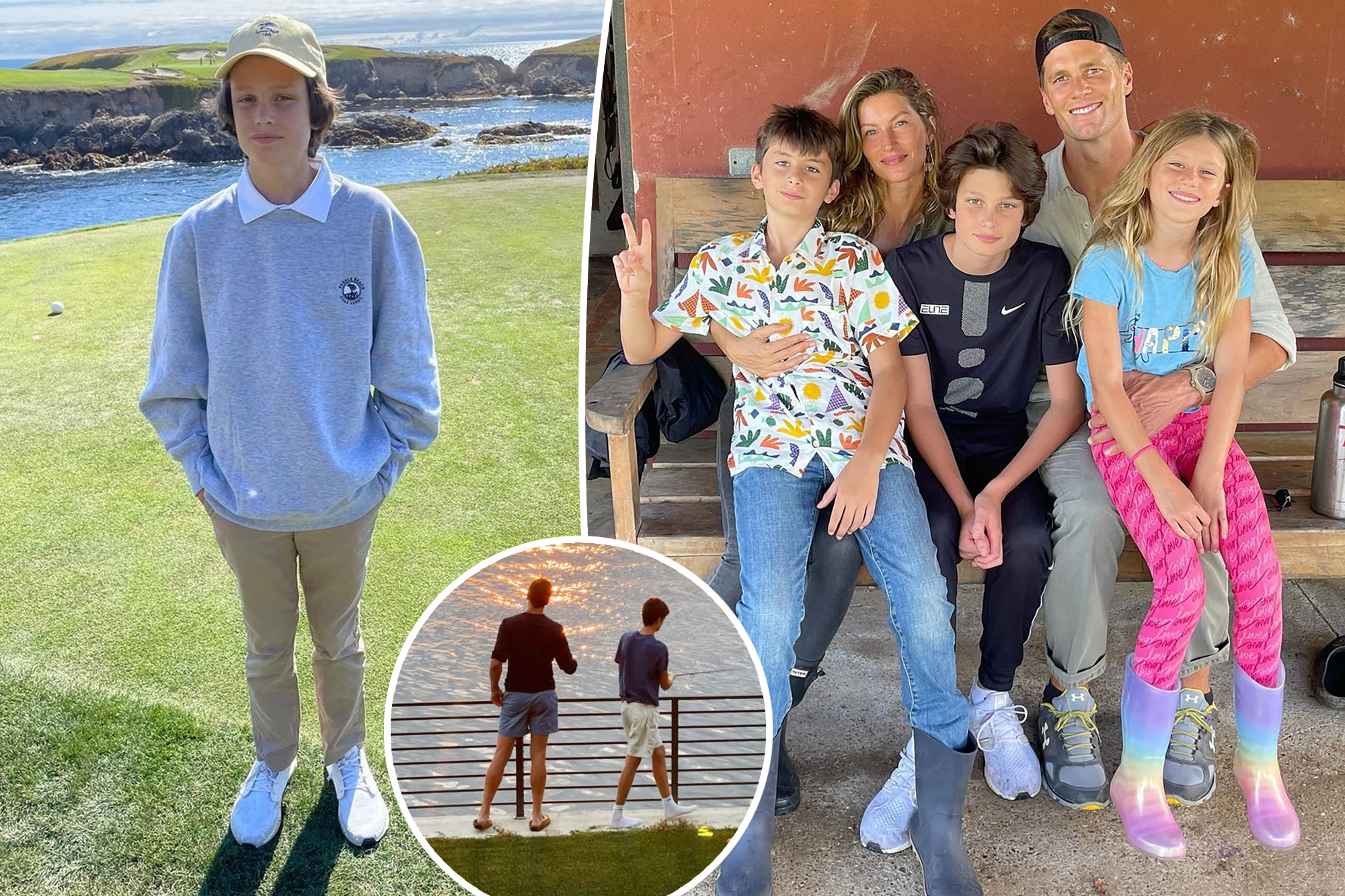 Tom Brady says he had a “perfect night” with 15-year-old Jack on Sunday after a “great win” against the Atlanta Falcons.

The Tampa Bay Buccaneers quarterback posted a sunset snap of himself and his eldest child fishing via his Instagram Stories.

The social media upload comes amid rumors that the athlete, 45, and his wife, Gisele Bündchen, are divorcing.

People reported on Friday that Bündchen is “done” and doesn’t believe her and Brady’s marriage can be “repaired.”

The athlete celebrated his “great win” by fishing with the 15-year-old.tombrady/Instagram

The insider said that the Victoria’s Secret Angel is “OK,” noting, “She is just trying to figure out her life. She doesn’t have much contact with Tom.”

Page Six broke the news of the couple’s marital woes in September, days after Brady made headlines for missing 11 days of training due to “personal s–t.”

Although the NFL player and Bündchen have yet to comment on their relationship status, the model did give insight into her desire for Brady to be “more present” after un-retiring from his football career in March.

“I’ve done my part, which is [to] be there for [my husband],” Bündchen told Elle at the time. “I moved to Boston, and I focused on creating a cocoon and a loving environment for my children to grow up in and to be there supporting him and his dreams.”

The businesswoman previously told British Vogue that raising children with Brady was not a “fairy-tale” experience.

“It takes work to be really in sync with someone, especially after you have kids,” she explained to the magazine in May. “His focus is on his career, mine is mostly on the kids.

“I’m very grateful that he lets me take the reins when it comes to our family,” she continued at the time. “He trusts my decisions.”

i wanna go back!! credits- | ...
Christopher Lloyd, Michael J. Fox have 'Back to the Future' reunion