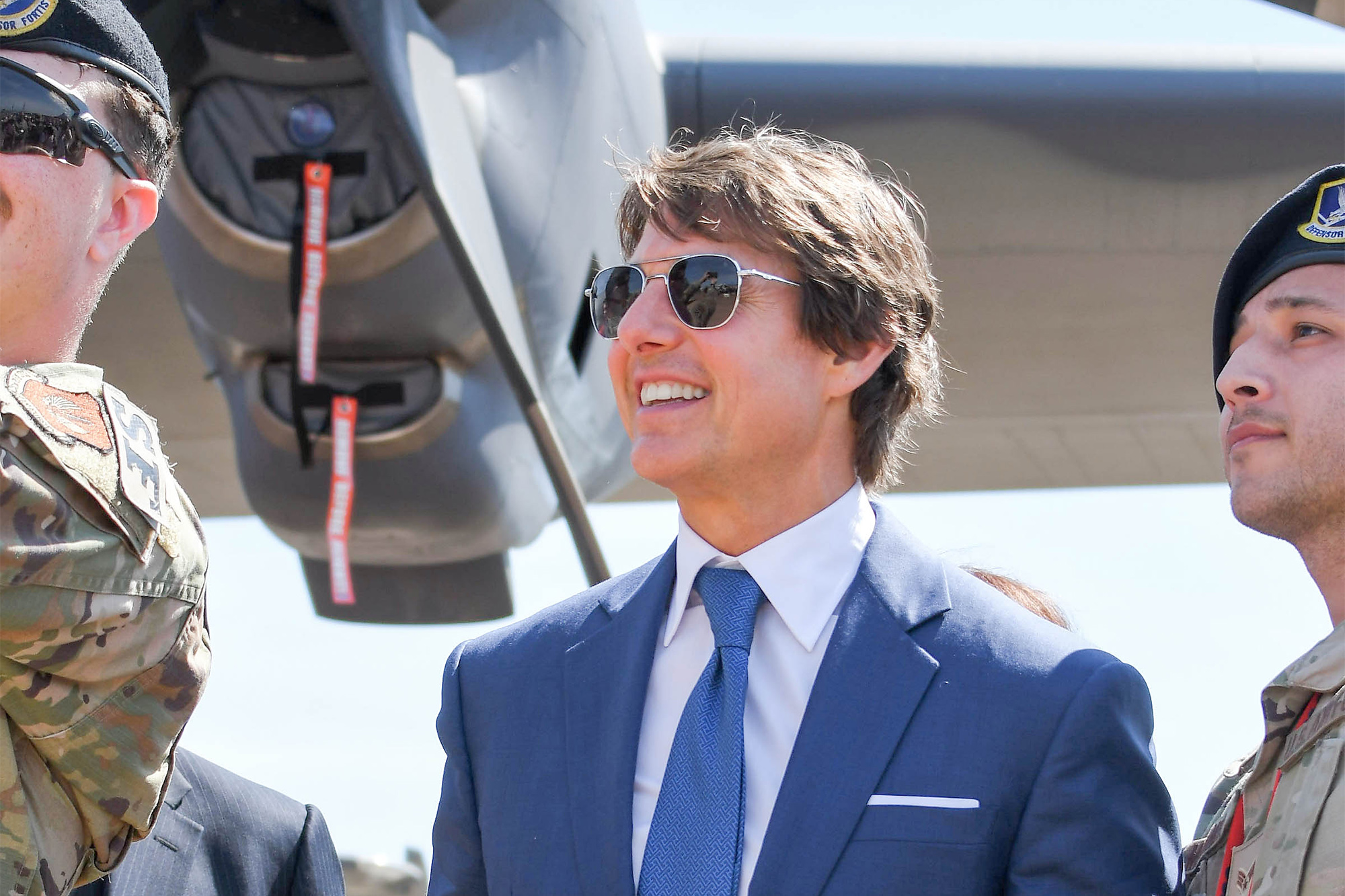 Cruise’s British commute is allegedly disrupting the filming of the BBC drama “Call the Midwife,” star Jenny Agutter claims in a new interview.

“Tom Cruise keeps on ruining our filming by landing his helicopter right outside where we’re shooting,” the 69-year-old actress told Mirror.

The “Top Gun” star, who holds a pilot license, reportedly flew his helicopter over the “Midwife” set in Surrey, England, causing quite the ruckus while the cast attempted to shoot scenes. Cruise appears to be in town filming “Mission: Impossible – Dead Reckoning Part Two.”

A rep for Cruise did not immediately return a Post request for comment. Agutter, who plays Sister Julienne, was asked if she’d give Cruise a talking-to about his allegedly rude chopper habits.

“In my habit! Imagine. ‘Excuse me, Tom, but look, we’re trying to film. I don’t know about you, but just get your helicopter out of here quickly!’” she quipped.

The acclaimed actor has a pilot license and his own chopper.The Asahi Shimbun via Getty Imag

Cruise is no stranger to the skies. In fact, he’s so agile in the air that he’s known for doing his own stunts in the “Top Gun” films.

“I always thought there’s something that I can do and I wanted to push the art form. I thought, ‘How can I immerse an audience into a movie with this kind of action? And how can I entertain them? What can I do?’” the 60-year-old actor said at this year’s Cannes Film Festival, detailing his obsession with risk-taking.

The “Top Gun” star might even become the first actor to film a blockbuster in space.The Asahi Shimbun via Getty Imag

The daredevil even touched down on the latest “Mission: Impossible” set in his own helicopter earlier this year and flew himself to the “Top Gun: Maverick” premiere.

Cruise has previously made headlines for detailing his risky stunts on set, which he says he does himself.The Asahi Shimbun via Getty Imag

Earth’s vanilla sky doesn’t appear to be enough for Cruise, who is aiming to become the first actor to shoot a movie in outer space — with the goal of filming on the International Space Station.

“I think Tom Cruise is taking us to space, he’s taking the world to space,” Universal Filmed Entertainment Group Chairman Donna Langley said, according to BBC News. “That’s the plan. We have a great project in development with Tom … Taking a rocket up to the Space Station and shooting.”

I am a digital nomad who has visited 79 countries - Finding work is easy
50-50 OMG GIRL brain wait for the end twist ...