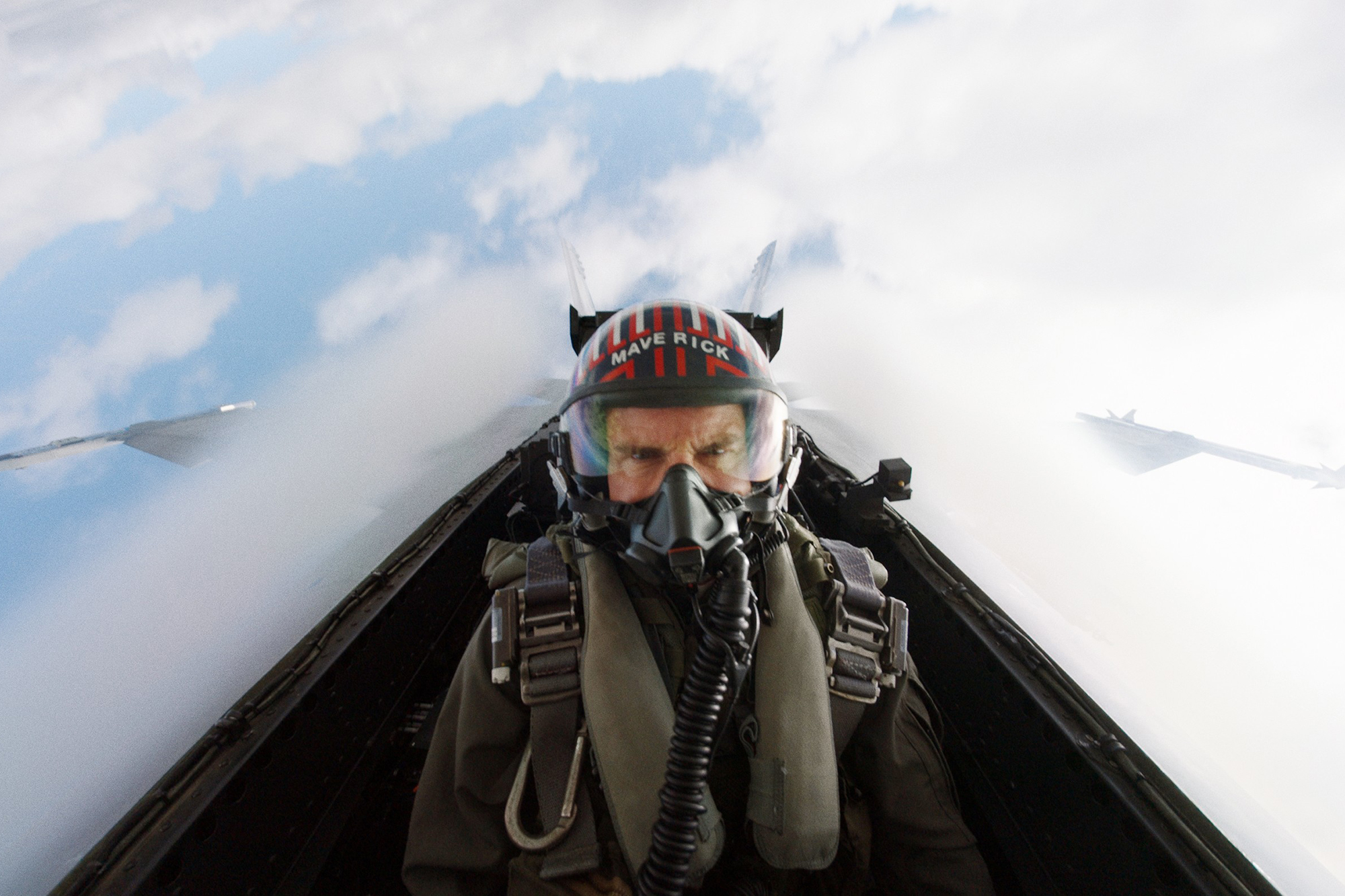 Walking into “Top Gun: Maverick,” starring Tom Cruise, viewers violently shake with nervousness that they might witness a nightmarish repeat of “Indiana Jones and the Kingdom of the Crystal Skull” — all their favorite ‘80s stars and characters reunited after decades, wasted, embarrassed and chasing after aliens.

Then the movie starts. All it takes is the opening scene of Cruise as Maverick pushing a plane’s limits to a daunting Mach 10 while “Highway to the Danger Zone” plays to realize that this is a worthy, often exemplary follow-up to the 1986 classic. It’s everything a summer movie should be.

Running time: 131 minutes. Rated PG-13 (sequences of intense action, and some strong language). In theaters May 27.

The director, Joseph Kosinski, and writers Ehren Kruger, Eric Warren Singer and Christopher McQuarrie don’t get overly clever with Maverick’s story. He’s not a washed-up insurance salesman now who needs a training montage to get back in shape, and there are no meta inside jokes about the old film.

Still a captain in the Navy, Maverick is called back to Top Gun — where the nation’s best pilots are trained — to prepare a group of hotshots for a dangerous overseas mission to destroy a uranium plant in a mountain.

We’re never told which country is making nukes, probably because Paramount does not enjoy its films getting banned from overseas markets.

Returning to Top Gun is an emotional minefield for Maverick. One of the young fliers is Rooster (Miles Teller), the son of his late pal Goose. (Don’t worry, Anthony Edwards doesn’t play a ghost.) Mav wrestles with allowing Rooster to fly at all, which will put him in danger of his dad’s fate.

The other lieutenants all have big “Breakfast Club” personalities and those goofy callsigns: Hangman (Glen Powell), the jerk; Phoenix (Monica Barbaro), the powerful woman who has to put up with dudely nonsense; Coyote (Greg Tarzan Davis); Fanboy (Danny Ramirez); Payback (Jay Ellis); and geeky Bob (Lewis Pullman). Them and their uninformed compatriots compete for six coveted mission slots.

Providing some villainy is Jon Hamm as Cyclone — a cold, by-the-book vice admiral who is skeptical of Maverick’s unorthodox and life-threatening teaching style. Mav, you see, is like Whoopi Goldberg in “Sister Act,” if singing a song could get you blown to smithereens.

Maverick also has a new/old romance with bar owner Penny (Jennifer Connelly), whom he had a fling with sometime after his relationship with Kelly McGillis’ Charlie ended. Pushing 60, Mav wants his personal life — if not his planes — to slow down.

The teariest complication is Iceman, still played by Val Kilmer — who in real life has suffered from throat cancer and has difficulty speaking. Whatever animosity there was between Mav and Ice has melted, and their camaraderie is deeply moving. You’ll be glad Kilmer agreed to make the movie.

And then, of course, there’s Cruise. Despite the man’s consistently strange personal life, no action star working today demands the quality that Cruise demands. He is in peak form here in every respect, and the actors around him rise to his challenge.

There is a fun scene on the beach in which Maverick has the oft-argumentative Top Gun fliers bond by playing football. Music plays, sun shines, water splashes. Naturally, everybody is shirtless, including Cruise. And, for a moment, the veteran actor blends in perfectly with these ripped, sexy 20somethings.

The man is turning 60 in July. Really takes your breath away.