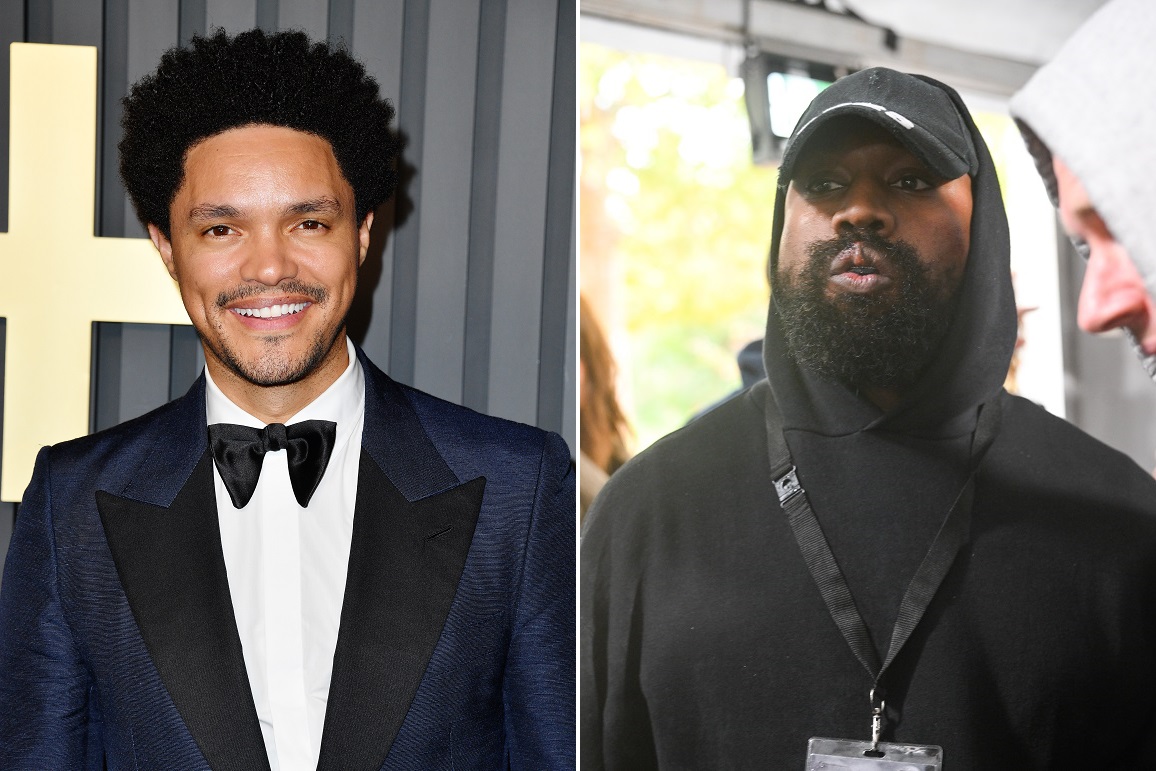 Trevor Noah has denied ever having beef with Kanye West, despite comments he made earlier this year.

In a behind-the-scenes TikTok video posted by The Daily Show, Noah shut down an audience member who asked him why he is beefing with the rapper who goes by “Ye.”

Back in March 2022, Noah condemned West for his incessant trolling of ex-wife Kim Kardashian on social media. West responded by directing a racial slur at Noah on Instagram, which led to West being temporarily banned on the platform for a day.

“Why am I beefing with Kanye? That’s an interesting way to phrase it because a beef has to go both ways,” Noah responded to the question. “Genuinely it does. In my limited understanding of the world, beef has always been something that generally will happen between two hip hop artists. I’ve never beefed with Kanye West. I was concerned about Kanye West.”

West has been in headlines over the last few weeks for making racist and anti-Semitic comments in various interviews. West has said during past controversial media blitzes that he struggles with mental illness, which has led to people defending him this time around. Noah did not specifically address West’s latest comments, but he did question why the media is continuing to give West a platform when it’s known that he has mental health issues.

“If somebody says to me that they have a mental health issue,” Noah said, “and they say to everyone that when they don’t take their medication they’re unable to control themselves, and then everyone ignores when that person is having an episode and they haven’t taken the medication, and then they platform the person and then they put them up…I sometimes think it’s a little shitty, to be honest with you.”

“I don’t have beef with a human being who has expressed openly that they’re dealing with a mental health issue. I don’t have beef with that human being,” Noah said. “What I have beef with is us as society not coming together around the person and going like, ‘Hey, maybe this is not the moment to put a microphone in your face so that you just go off saying everything.’ If this is what you want to say when you’re on your medication, then that’s a different story. But because you’ve told us that, I’m not going to sit by and say that.”

Noah concluded by saying he has “never had beef” with Kanye West, adding, “I’m still playing ‘College Dropout.’ I’m still playing the music. I still love the man that I think he is. And I understand that he’s gone through a lot, you know, and I don’t take that for granted. But I’ve promised myself I’ll never be the person who just sits by and gleefully says things about people that I care about and then also joins the group of mourners afterwards and acts like I wasn’t part of it. Too many people like to mourn you when you’re dead and they don’t say anything to you when you’re alive. So I don’t know where to end. But that’s it.”

You can check out The Daily Show TikTok via the clip below.

“I was never beefing with Kanye West, I was concerned about Kanye West.” Trevor on his “beef” with Ye. #BetweenTheScenes #foryoupage #fyp #DailyShow #kanyewest #ye #kanye

Meghan Markle enjoys retail-therapy amid 'Deal or No Deal' backlash
The name, jack-o'-lantern, comes from an Irish folktale about a man named Stingy Jack. He played tricks on the Devil and when he died, the Devil did not claim his soul but rather sent him off to eternally wander in the night with only a burning coal in carved-out turnips to light his way.