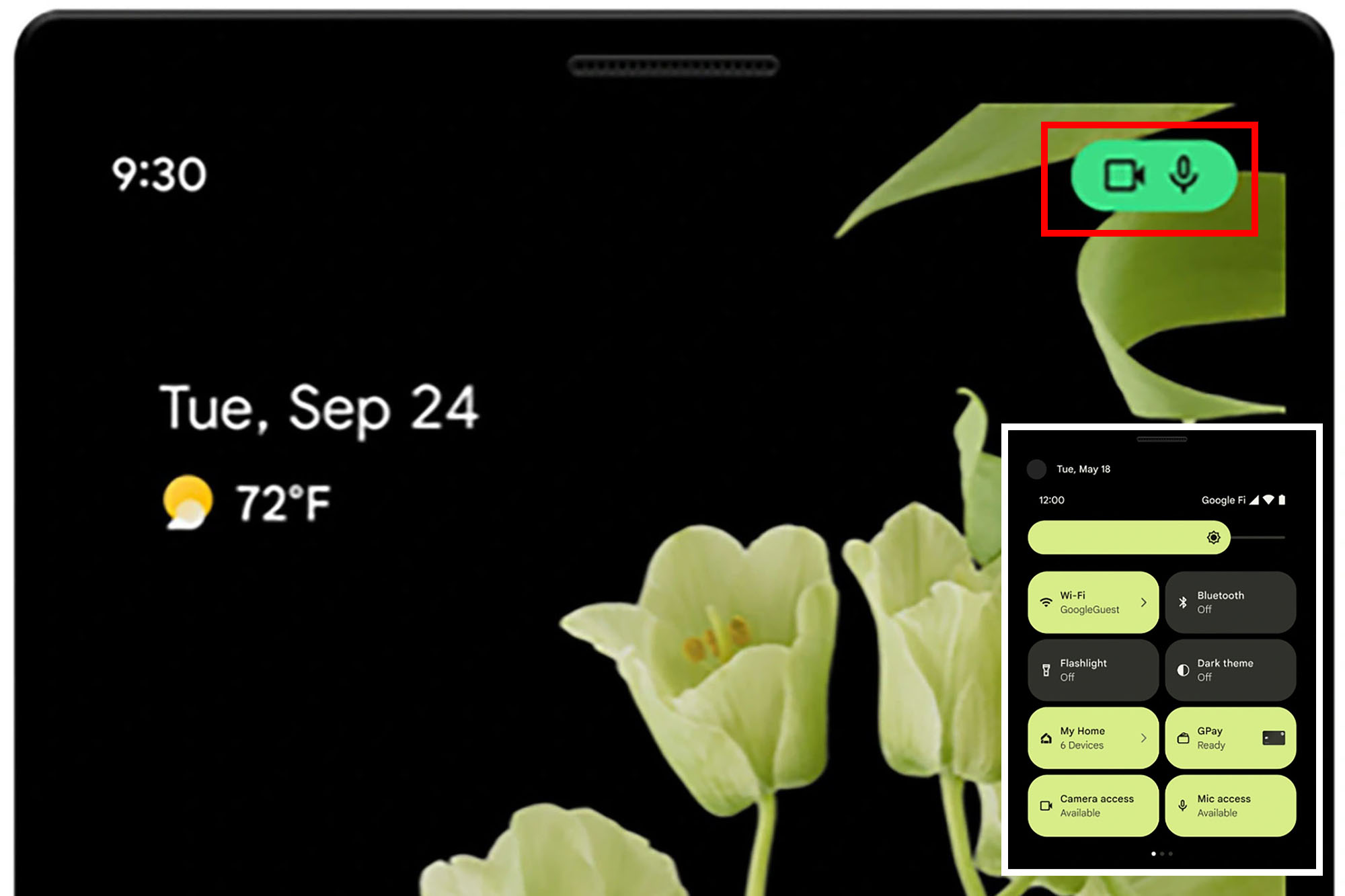 Google has warned millions of Android users about spying apps.

The new feature alerts users if the microphone or camera has been activated.

It’s very similar to a warning that already exists on Apple’s rival iPhone.

The Google feature was added to phones in the latest Android 12 update. So if you don’t have that, you won’t be able to see it.

The new indicator appears at the top right corner.

You’ll see a camera or microphone icon when an app attempts to access either.

It prevents apps from surreptitiously listening in — or even watching through your camera.

You can also see a rolling log of which apps have access your camera, microphone or location — and when.

These details are available in the Privacy Dashboard within Settings.

It’s also now possible to entirely deactivate your microphone and camera across the entire phone in your Quick Settings.

It’s worth remembering that seeing an icon doesn’t mean anything nefarious is going on.

But if you notice that your camera is being used by a strange app, it could mean you’re being spied on.

Cyber experts have discovered numerous apps that have improper access to the camera of Android phones.

So make sure you’re using Android 12, and that you stay wary of any foul play.

If you suspect something is up, you should check the app’s permissions in Settings.

For example, you can deny certain apps access to your microphone and camera.

And if you’re really worried, you could just delete the app altogether.

Google warns millions of Android users that apps could spy on them. Google / Android

Fears that apps may spy on you have been around for many years.

Just last year, the iPhone camera alert sparked fears that Instagram was secretly filming users — but it was just a bug.

Many Facebook users say they’ve spoken about something out loud, only for related ads to appear on the app soon after.

These users claim they’ve never searched for this sort of content before, and the only possible explanation is snooping.

Users figure Facebook is using your phone’s microphone to listen in on real-world conversations — to help target ads. But is it true?

Facebook has been very clear about the matter, and says it isn’t using microphone recordings to target ads better.

“Facebook does not use your phone’s microphone to inform ads or to change what you see in News Feed,”A spokesperson for the company said.

“Some recent articles have suggested that we must be listening to people’s conversations in order to show them relevant ads. This is false.

“We show ads based on people’s interests and other profile information — not what you’re talking out loud about.

“We only access your microphone if you have given our app permission and if you are actively using a specific feature that requires audio.

“This might include recording a video or using an optional feature we introduced two years ago to include music or other audio in your status updates.”

There’s never been any solid evidence — beyond hearsay and anecdotes — that Facebook is recording your real-life conversations.

However, it’s entirely possible that other rogue apps could listen in on what you’re doing.

So Google’s new feature is the perfect defense for suspect apps that play fast and loose with your privacy.

If you’re still worried that Facebook is listening to you, read our handy guide.

This story first appeared on The Sun. It was republished here with permission.

'I hit on Rosie O'Donnell'
You can stream it or skip it: ‘Voir’Netflix: A David Fincher-Produced Video Essay Series About the Magic and Influence of Film