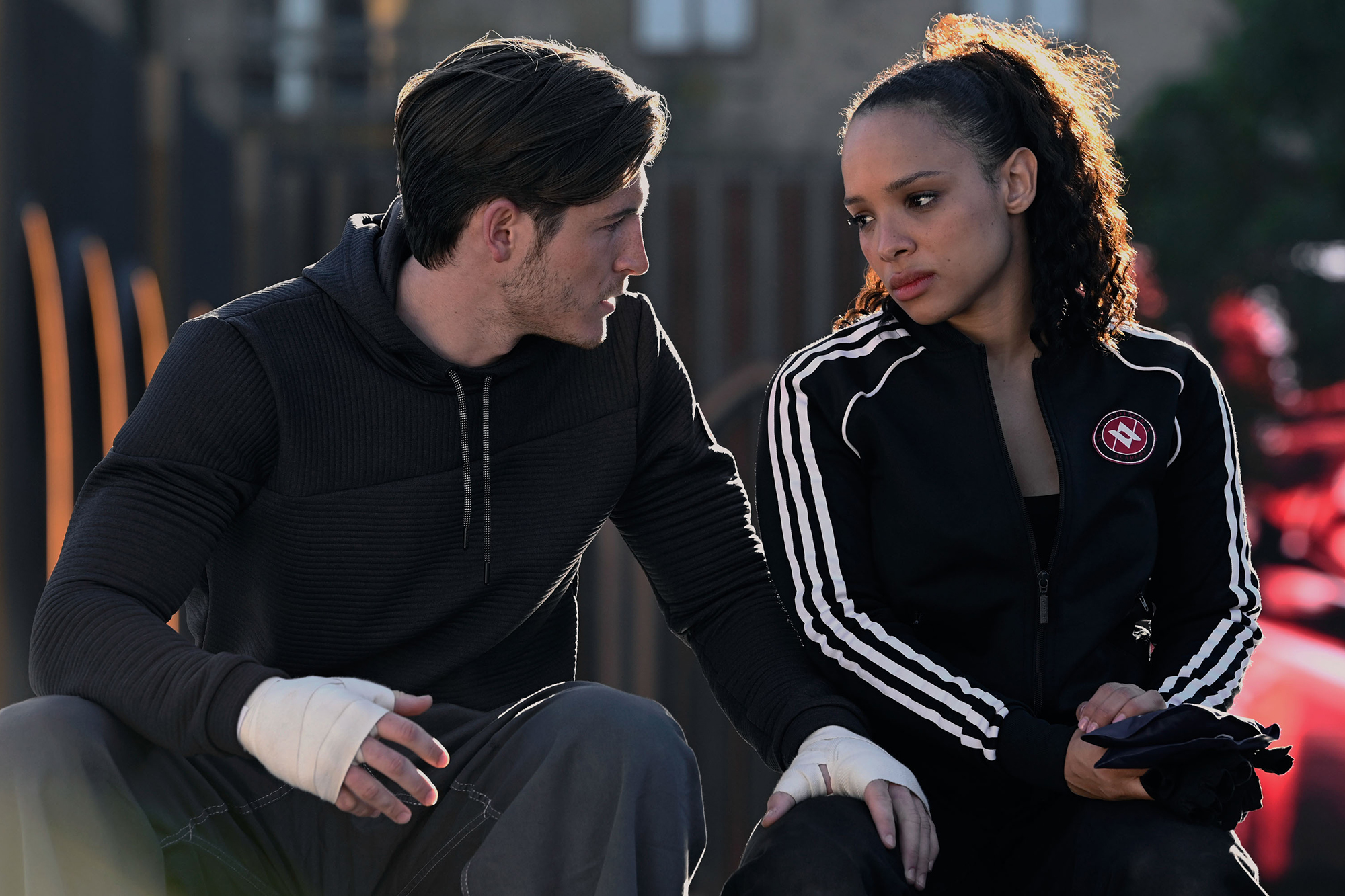 When Australian actress Sisi Stringer got cast as the lead in Peacock series “Vampire Academy,” it was a dream come true from her younger years.

“I read the books when I was a teenager,” Stringer, 25, told the Post, referring to the titular series of novels by Richelle Mead that the show is based on.

“My sister was really into them, so I stole her books and read them when I was younger, and loved it. When I got the call saying I got the part, I messaged my sister, and her response was a paragraph of capital letters and nonsense. She was so excited; she couldn’t even write fully formed sentences. And she also sent a voice note of her screaming. That definitely matched the excitement that I felt.”

Premiering Thursday, Sept 15 on Peacock, “Vampire Academy” is “Buffy the Vampire Slayer” meets “Gossip Girl.” Created by Julie Plec and Marguerite MacIntyre (both known for “The Vampire Diaries”) it’s set in a world where there are several different types of vampires, and a strict social class system. Rose Hathaway (Stringer) is a Guardian, a half-vampire who acts as a bodyguard to elite royal vampires, and works hard to protect their society from attacks by Strigoi (the evil types of vampires). Her best friend Lissa Dragomir (Daniela Nieves) is a Royal vampire at the top of their elite society. And, to make matters complicated, Rose also has a forbidden love with fellow Guardian, Dimitri Belikov (Kieron Moore).

“I love exploring the beauty and the soulfulness of female friendship, because you don’t often get that at the center of a story,” said Stringer.

“Particularly in dramatic series, it so often centers on a love interest, and that’s the main relationship you’re focusing on. But at the center of this story is a strong connection between two young women, and you get to see them moving through the world together and experiencing differences in class. So that’s very cool to see. I really believe you can be soulmates with somebody regardless of whether you’re in a romantic relationship with them. And Rose and Lissa are absolutely soulmates.”

“Vampire Academy” was also made into a movie in 2014 starring Zoey Deutch as Rose.

“I watched the movie, and I was sad when they didn’t make any more. So, I’m glad we’re doing this now as a a series, so there’s more time to flesh out and explore all the different characters in more depth,” said Stringer. “As a fan, it’s very cool to get the opportunity to be part of that.”

Stringer is known for the 2021 “Mortal Kombat” movie, but this is her first TV show.

“Obviously we do a lot of fighting and hand to hand combat in the series, because my character has super strength and keen senses and stuff, and our race of vampires are conscripted and devoted to being guardians and protectors. So, we’ve done a lot of fighting, and for that we have to go into the gym and do a lot of training. The funny thing is, after doing ‘Mortal Kombat’ and all that training and martial arts, I came in, guns blazing, so confident that I would absolutely nail it and be top of the class. And that confidence was not justified, because I came in on the first day and I fell flat on my face,” she said.