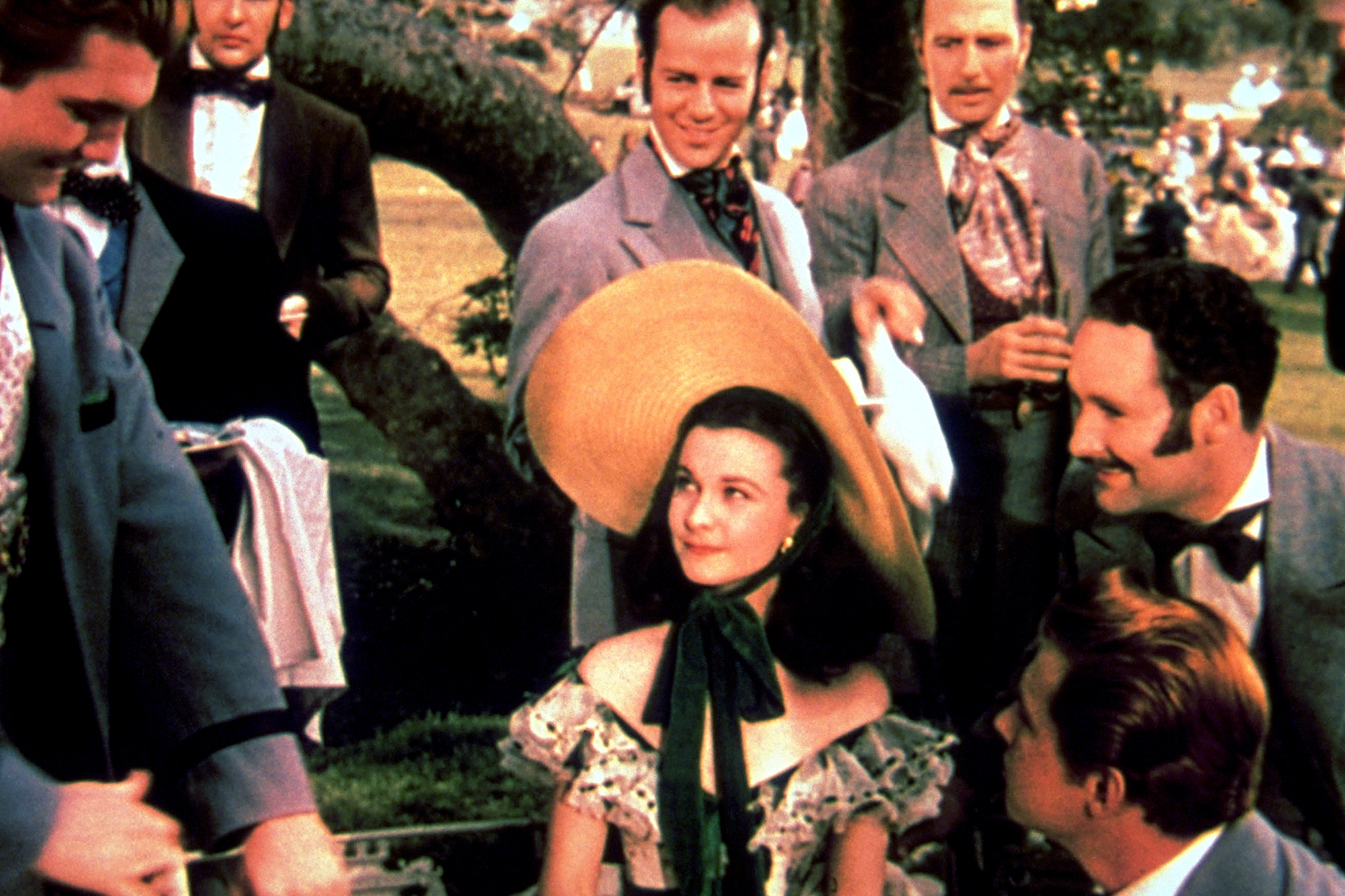 It was the movie that set Hollywood and Atlanta on fire. But for Vivien Leigh, who played Southern belle Scarlet O’Hara, the making of “Gone With the Wind” was hell on earth.

The film would go on to become the top grossing movie of all time (adjusted for inflation, it boasted ticket sales of $1.823 billion), winning ten Academy Awards in 1939. But it took a significant toll on its 25-year-old female lead. Exhaustion and pressure from long days and nights on the movie set had her taking sedatives to calm her hysteria until one day, she accidentally overdosed.

At the time, Leigh was involved in an affair with English actor Laurence Olivier. The two had fallen head over heels on the movie set “Fire Over England” two years before her starring role as Scarlett. Leigh had abandoned her husband, lawyer Herbert Leigh Holman, and their baby girl for Olivier — who had left his wife, actress Jill Esmond, and their young son.

“How dare you take four pills like that, you hysterical little ninny,” Olivier wrote to Leigh in a letter, having heard of her overdose. He also enjoyed penning her sexy letters, including one that read, “Urrgh! Bend over — Yes, take your drawers down – no, lift your skirt up – now then: Smack! Smack! Smack!,” according to “Truly, Madly: Vivien Leigh, Laurence Olivier and the Romance of the Century,” (Grand Central Publishing), out now, by Stephen Galloway.

Vivien Leigh with lover Laurence Olivier, who enjoyed penning her sexy letters on the set of “Gone With The Wind.”Getty Images

Clark Gable feared he wouldn’t master the Southern accent of his character Rhett Butler, while Leigh’s sophistication made him feel like a rube.

Every major female star in Hollywood — including Bette Davis and Katharine Hepburn — had begged director George Cukor for the role in what was to be the biggest motion picture ever made.

The role of Scarlett, Leigh hoped, would make her a legitimate actress — and equal to Olivier, who was soaring creatively as a Shakespearean stage and film actor.

Almost as soon as filming began in December 1938, the problems started with the actress, who had undiagnosed bipolar disorder. In addition to sudden crying and mood swings, she was plagued by other random maladies. Her eyes itched, and her skin was peeling from an allergy to the red dirt that had been imported from Georgia to recreate the look of the South on the Hollywood set.

To make matters worse, her period was late — and she feared she would need an abortion, as neither she nor Olivier had planned on having children together. During down time on the set, Leigh invented a vile new game called “Ways to Kill a Baby.” Pretending she was holding a baby in her arms while driving, she would coo sweetly to the infant before hurling it out the window.

Meanwhile Olivier, who was back on the East Coast testing for a film, was imploring her to send him her underwear. “I am sitting naked with just my parts wrapped in your panties,” he wrote to her. “My longing for you is so intense…”

Exhaustion and pressure from long days and nights on the movie set had the 25-year-old Leigh taking sedatives to calm her hysteria until one day, she accidentally overdosed.Bettmann Archive

Clark Gable and Vivien Leigh in “Gone with the WInd.” She went on to win an Oscar for the role.

Leigh appeared to be headed for a complete breakdown until producer David Selznick begged Olivier to visit and calm her down. The couple happily escaped to Kansas City, where they thought they wouldn’t be recognized.

Leigh appeared to be headed for a complete breakdown until producer David Selznick begged Olivier to visit and calm her down. The couple happily escaped to Kansas City.Getty Images

Leigh wasn’t the only one on the verge of a nervous breakdown. The whole staff was suffering exhaustion from 3 a.m. wake-up calls and long days.

Co-star Clark Gable arrived on set with his own issues, because he had no say in the role, having been lent out by another studio. He feared he wouldn’t master the southern accent, and Leigh’s sophistication made him feel like a rube, insecure over his small-town upbringing in eastern Ohio. His mood softened when he received a knitted sock from his newest wife to keep his genitals warm. The instructions: “Don’t let it get cold. Bring it home hot for me.”

Olivier started putting more pressure on Leigh by writing to her that “Gone With The Wind” was going to be an obvious disaster. “To make a success of your career in pictures is essential for your self respect and our ultimate happiness,” he wrote the actress, who would go on to win Best Actress for the role. And if she failed, he suggested, “I am afraid you may become just — well, boring.”

Instead, “Gone With The Wind” changed Leigh’s life forever and made her a superstar, but the exhaustion and dark moods that overwhelmed her on set were only the beginning.

She would later attempt suicide before having an acute nervous breakdown and being hospitalized to undergo electroconvulsive therapy. She became a stranger to Olivier, the man she once adored, and died alone at 53 in 1967.