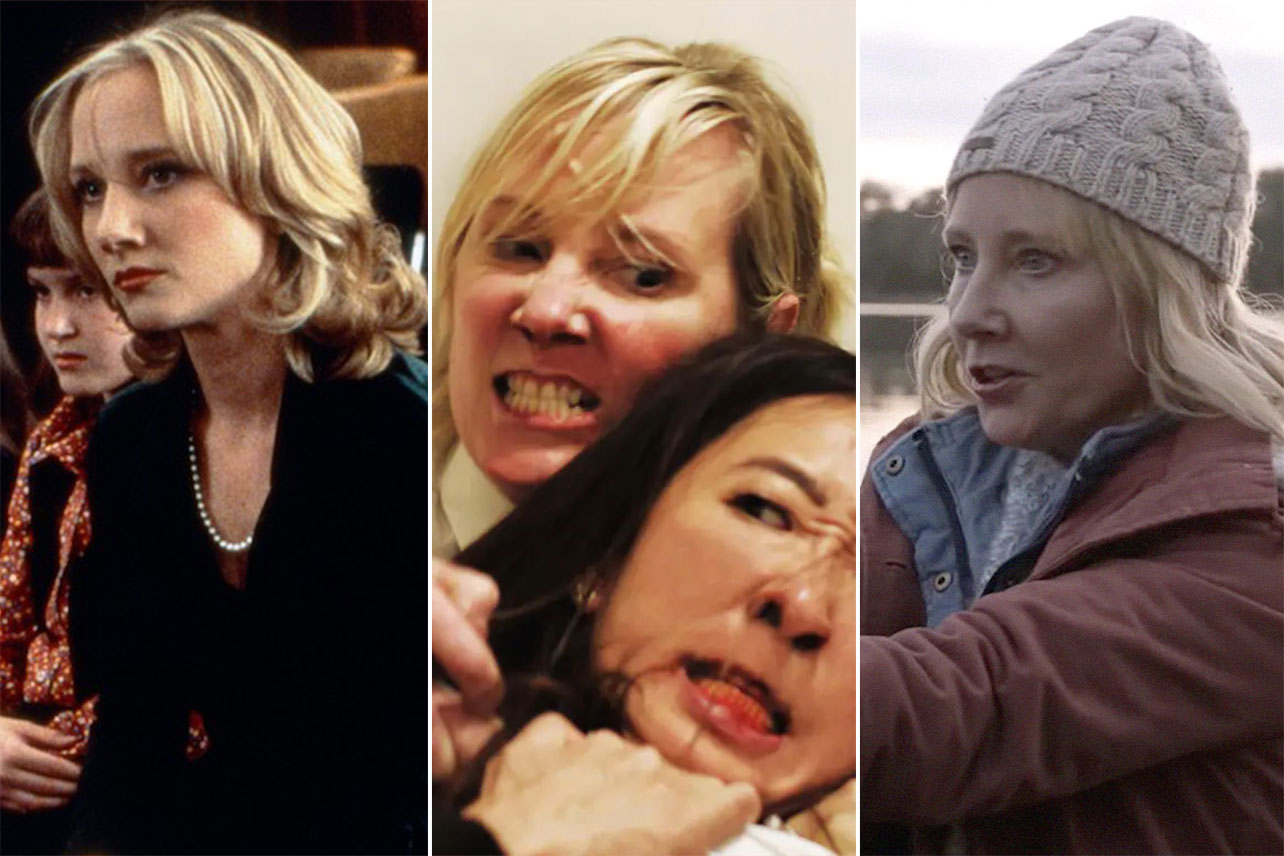 Emmy-winning actor Anne Heche—known for her roles in Chicago P.D., Six Days Seven Nights, Volcano, and so much more—has died at the age of 53. Her death was confirmed by her family on Friday afternoon, and the news came after Heche sustained a fatal brain injury in a car accident in Los Angeles last week.

The tragic news shocked Heche’s fans across the world, who have known her as an important presence on the silver screen since she first came to prominence in the ’80s, playing the dual roles of twins Vicky Hudson and Marley Love on the award-winning daytime soap opera Another World. By the ’90s, Heche spanned all genres and audiences, from acting alongside Al Pacino and Johnny Depp in Mike Newell’s 1997 crime drama Donnie Brasco; to shedding light on the murderer in the teen slasher 1997 teen slasher I Know What You Did Last Summer; to falling into the muscled arms of Harrison Ford as the lead of the 1998 action-adventure comedy, Six Days, Seven Nights.

As for millennial audiences, fans of the animated series Legend of Korra know Heche as the voice of Suyin Beifong, aka Toph Beifong’s daughter. Basically, Heche was a Hollywood legend, and whether you knew it or not, she was almost certainly in a series or movie that you loved. And she did it all under the pressure of being an out LGBTQ actor in Hollywood—hardly an easy task now, and infinitely harder at the peak of her fame in the ’90s.

Though she is gone far too soon, her legacy lives on through her family and her work. If you’re looking to honor the late, great star, here’s a list of Anne Heche movies available to watch on Netflix, as well as where to stream other Anne Heche movies online.

At the height of her fame, Heche starred opposite Johnny Depp in Donnie Brasco, as the wife of Depp’s character, Joseph D. Pistone, a real-life FBI agent who worked undercover using the name Donnie Brasco. Playing “the wife” in crime dramas can often be a thankless role, but Heche showed them all how it was done.

Where to watch Donnie Brasco

Wild Card is a remake of Heat, but not the Heat movie you’re thinking of—rather, it’s the 1986 movie starring Burt Reynolds as an ex-mercenary-turned-body-guard. In this 2015 version, Jason Statham takes on that role, while Heche appears as Roxy, a waitress and old friend of Statham who helps him out of a tight spot.

Where to watch Wild Card

Anne Heche was funny, and don’t you forget it. You definitely won’t forget it while watching her duke it out with Sandra Oh in the indie dark comedy Catfight, in which these two legend play longtime frenemies whose animosity finally hits a breaking point.

Where to watch Catfight

Celebrate Anne Heche’s life with one of her most silly, joyous movies, AKA Opening Night, a goofy musical comedy that takes place in real-time, backstage on the opening night of a Broadway musical with an eccentric, egotistical cast. Yes, she can sing, too!

Where to watch Opening Night

One of Heche’s last roles, this psychological thriller stars Heche as a mother hell-bent on finding her daughter, after she disappears on a family vacation trip.

Where to watch The Vanished

While Six Days, Seven Nights is not streaming on Netflix, you can’t write a list of Anne Heche movies to watch without including it. It’s a classic action-adventure romantic comedy that shows just why Heche was so compelling on screen. No one can blame Harrison Ford for falling in love with her—you will too.

Where to watch 6 Days 7 Nights

I Know What You Did Last Summer (1998)
Photo: Columbia Pictures

Another Heche classic that is not on Netflix—but is on HBO Max—this teen slasher movie doesn’t feature a huge role for the late actor, but it does feature one of her iconic cinematic looks. No one has worn it better before or since.

Where to watch I Know What You Did Last Summer

Anne Heche’s ex-husband Coleman Laffoon reacts to her death
with you more everyday ...