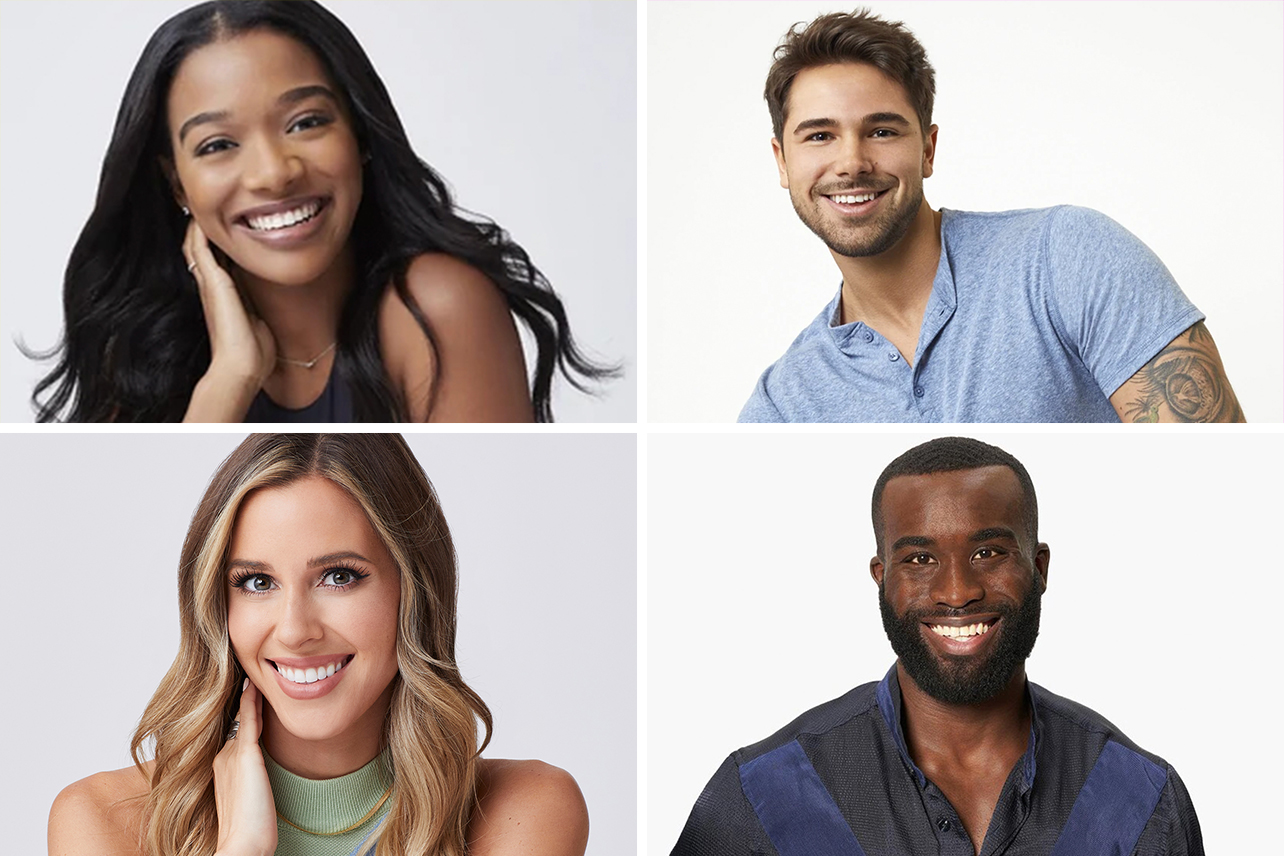 Bachelor in Paradise is getting a little too crowded in Week 4. After a rose ceremony at the top of Season 8, Episode 6 ended with six solid couples, Jesse Palmer just *had* to go and shake things up. Ugh!

Before Episode 6 concluded, Palmer announced that the OG Season 8 women would be leaving the beach for a week so their relationships could be put to the test. Not only would the men would be staying on the beach, but they’d be joined by five new women from Bachelor Nation. The OG Paradise ladies understandably spiraled as Palmer introduced the five new additions — three alum from Clayton Echard’s season, one from Matt James’ season, and another from The Bachelor Australia. The episode ended with the girls heading for an (air-conditioned!) hotel, but the preview for Episode 7 shows five new guys meeting them there. It’s twists on twists on twists this season.

Sarah was a contestant on Clayton Echard’s season of The Bachelor (Season 26) who was eliminated during Week 7. Per her ABC bio, Sarah is a Wealth Management Advisor in New York who started a nonprofit to support adopted children. She’s a “hopeless romantic” who loves tiny dogs and Wonder Woman.

Another contestant from Clayton’s season of The Bachelor is Kate, who famously “went on a date with Harry Styles” once, per her ABC bio. The California real estate agent is a “Mario Kart aficionado” and her moon/rising sign is a Leo. She went home during Week 2 of The Bachelor, but maybe she’ll find love on Paradise.

You guessed it, another one of Clayton’s exes! Eliza is a marketing manager originally from Berlin, Germany. Per her ABC bio, she loves food festivals, enjoys going to the movies alone, and frequents Switzerland with her family. From her short time on Paradise, we also know she has her sights set on Rodney.

If Florence doesn’t look familiar to U.S. Bachelor Nation members, that’s because she’s from Season 5 of The Bachelor Australia and Seasons 1 and 2 of Bachelor in Paradise Australia.

Rick was a contestant on Michelle Young’s season of The Bachelorette (Season 18) who was eliminated in Week 6. Per his ABC bio, he’s a medical sales rep from Los Angeles, California, who loves the movie Hitch but hates double dates. Seems like he knows what’s up.

Another familiar face from Michelle’s season is Olu, who was eliminated during Week 6. Per his ABC bio he’s an IT analyst from Newark, New Jersey and a former D1 hooper at Rutgers University who enjoys theater and cherry blossoms, but hate tofu.

Tyler was a contestant on the latest season of The Bachelorette, where he dated Rachel Recchia and Gabby Windey, but made it to Rachel’s final four men. He was memorably eliminated after a delightful hometown date, during which he and Rachel spent a fun day on the boardwalk meeting his friends and family members. Per Tyler’s ABC bio, he’s a small business owner from Wildwood, New Jersey, who dreams of visiting every MLB park, enjoys country music, and sucks at multitasking.

If Adam doesn’t look familiar to longtime fans of U.S. Bachelor Nation, that’s because he’s from The Bachelorette Australia. However, you may recognize him from the MCU, since he played Zeus Pretty Boy in Thor: Love and Thunder. (Yes, really.)