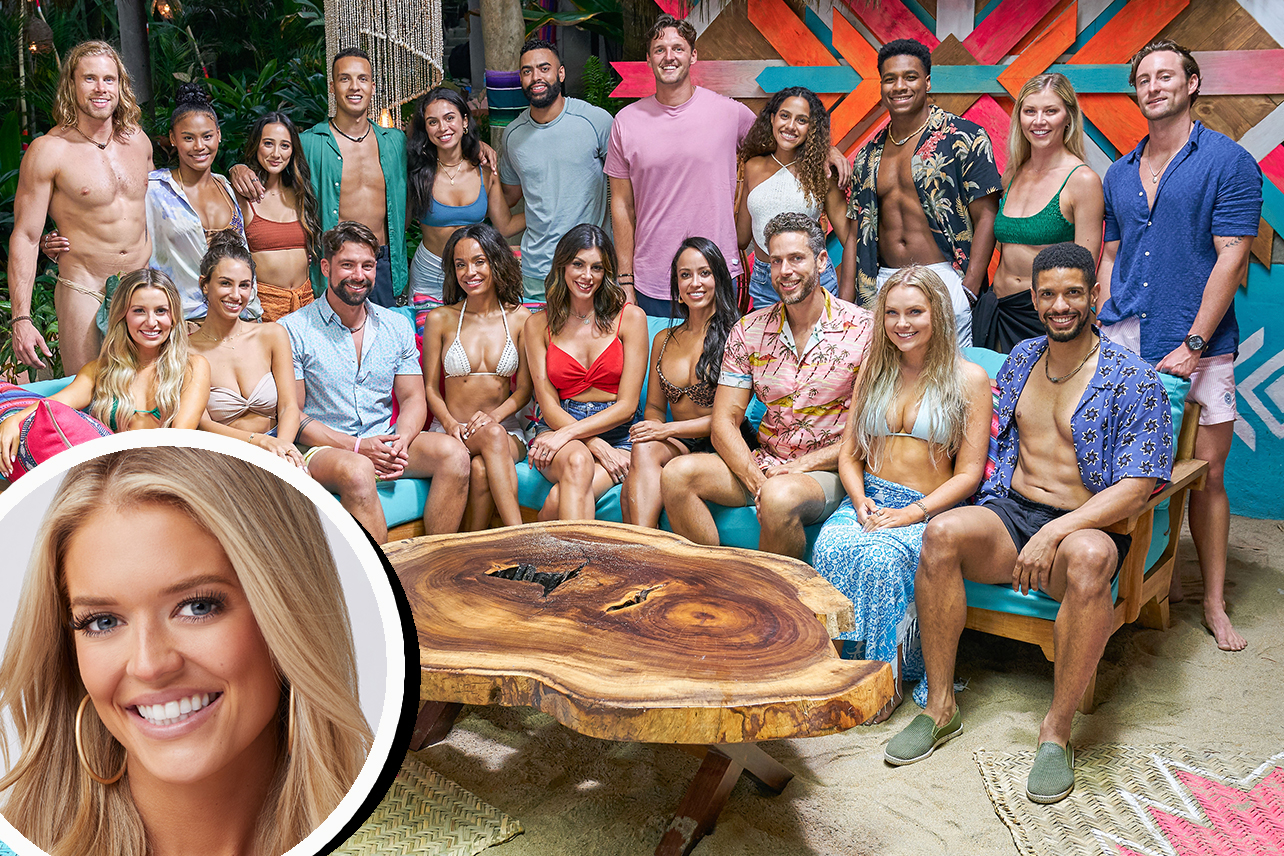 Bachelor in Paradise just delivered the most dramatic suitcase in Bachelor history.

During Season 8, Episode 2 of the reality series, Lace returned to the rooms and found a suitcase labeled “SALLEY.” The only problem? No one named Salley arrived alongside the luggage. Lace went to consult with her fellow Paradise pals, and we got the deeply unhinged story about Season 8 contestant Salley Carson, her abandoned suitcase, and her confusing history with the Bachelor franchise.

Wondering who Salley Carson is? What her suitcase is doing in Mexico? If she’s joining the Paradise cast? And what her general deal is? We’ve got the answers. But be warned, spoilers for Bachelor in Paradise Season 8, Episode 2 are ahead.

If you’re not sure who Salley Carson on Bachelor in Paradise is after Season 8, Episode 2, that’s completely understandable. Why? Because we don’t actually meet her. We only meet her suitcase. (More on this chaotic story later.) Fans of The Bachelor who watched Clayton Echard’s season from the start may remember Salley as the girl who was barely on his season. Paradise contestant Kira described Salley as “Loosely from Clayton’s season,” explaining, “None of the girls actually met [Salley]. She went back to her fiancé, then they broke up, then they got back together, rinse and repeat.”

After the ladies find Salley’s suitcase in Episode 2, Bachelor in Paradise shows viewers a clip from Clayton’s Bachelor season, during which Salley shows up to Clayton’s hotel room mere hours before the limos were set to arrive at the mansion. We see Salley explain that she feels weird being on the show the weekend of her called-off wedding, Clayton offer her a rose, and her decline. “I want to accept that rose, but my heart is just not in the place where I can,” she explains before leaving.

Ahead of Paradise, Salley was still in communication with her ex-fiancé, Avery Buchholz, a neurosurgeon from Virginia. (More on this chaotic story later.) But before we learn more about Salley’s journey to Paradise, let’s learn a bit more about her. Per her ABC bio, Salley is from Charlottesville, Virginia. She’s described as “a real-life Meredith Grey looking for her McDreamy” and is “a spine surgery robot operator” who is usually in bed by 11:00 p.m. She describes herself as “religious, family-oriented, and adventurous.” She also hates cotton balls with a passion, is obsessed with hot tubs, and aspires to one day own a clothing store. To follow all of Salley’s shenanigans you can check out her Instagram account, which currently has 23,000 followers.

During the episode Wells Adams, Paradise‘s trusty bartender, explains “The Saga of Salley’s Suitcase” to the contestants. Here’s how it all went down…

“Salley was on Clayton’s season. She was engaged beforehand, she showed up, she never even got out of the limo,” Adams said. “So she wanted a second shot at love, and we wanted to grant that to her. But we were a little apprehensive. I mean, she didn’t even get out of the limo the first time. So we decided to send a producer to make sure that she got on her flight.”

“[The producer] gets to Salley’s house, she texts her: ‘I’ve got a huge surprise for your outside. Come outside.’ Salley texts her: ‘I can’t. I’ve got explosive diarrhea.’ So [the producer] bangs on the door. The door opens. It’s a man. The man yells, ‘Sally ain’t here!’ The producer texts Salley,” Adams continued, as an amateur reenactment of the saga (starring Adams as several key characters) played out on screen.

Four hours later, [Salley] allegedly showed up at the producer’s hotel room, said she was ready for Paradise, but wanted to see her ex finacé before she left. Adams explained that Salley went to her ex’s mansion, then asked the producer to get in the trunk (!!!) so her ex wouldn’t freak out. “This is dead freaking serious. This is real. You can talk to the producer if you want to,” Adams said. Four hours later, Salley returned, said her ex no longer loved her and encouraged her to go to Paradise, and she decided to hop on the plane and put herself out there. In a last-minute change of heart, she decided to back out, and bid the producer (and her luggage, which was already on the plane) farewell at the airport gate.

In a final twist, Adams said Salley changed her mind again after the plane took off. “As of today she says she’s coming,” he said. So apparently she will make an appearance at some point in Season 8. We’re just not sure when.

While everyone awaits Salley’s arrival, Genevieve Parisi from Clayton’s season is stressing, because Salley apparently had history with her #1 crush Justin Glaze at Stagecoach.

Right before Episode 2 of Bachelor in Paradise concluded, a contestant explained, “[Salley’s] a stunner. She’s gonna wreak havoc on this beach.” Sounds like a whole new level of chaos is coming to Season 8.