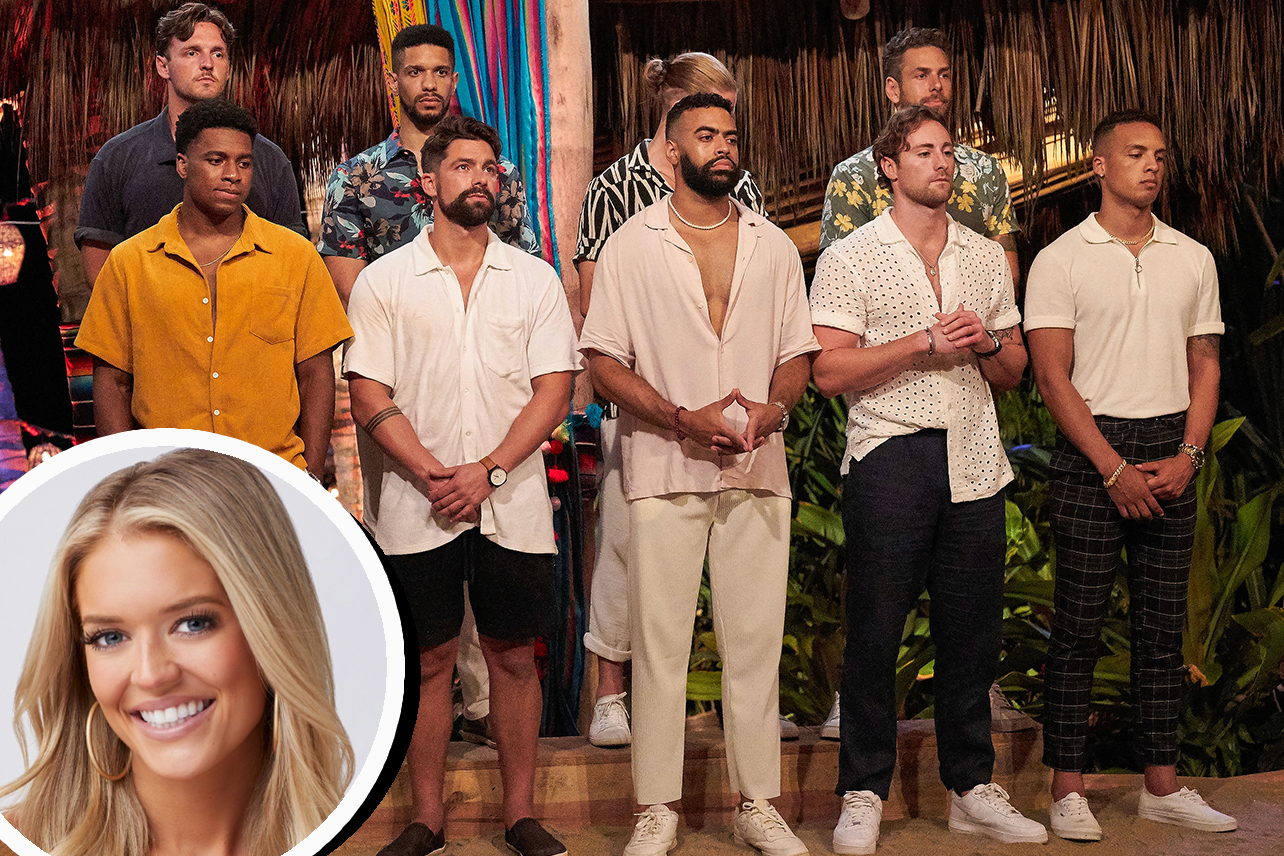 Week 3, Part 2 of Bachelor in Paradise was undoubtedly Season 8’s most chaotic episode yet. At long last, Salley Carson finally made it to the beach, then promptly left. (Without her poor suitcase!) A familiar face also returned to the beach, then promptly left with one of Paradise‘s men on her arm. And somehow, we celebrated ANOTHER birthday. That puts us at a four birthdays to one rose ceremony ratio this season.

Since the women have the roses in Week 3, the men are in danger of going home at the next rose ceremony. But since it doesn’t take place in Episode 5, the only people who went home tonight self-eliminated.

The first newbie to step foot on the beach was — drumroll, please — Salley Carson! As we learned in previous episodes, Salley backed out of Clayton’s season of The Bachelor before the limos even arrived at the mansion because she wasn’t over her ex fiancé. Paradise bartender Wells Adams then explained that Salley’s suitcase arrived before her because she backed out of the show at the airport gate after having a four-hour conversation with that same ex-fiancé. It seemed like Salley didn’t want to be on Paradise, and those assumptions were only confirmed when she told host Jesse Palmer that not only did she miss THREE flights to Mexico, but for two of those three times she didn’t even show up to the airport!

Though everyone on the beach knew Salley’s real reservations with coming on the show (her ex-fiancé), Salley said she was delayed because “work stuff came up and my job comes first.” That didn’t sit well with the other women of Paradise, particularly new besties Genevieve and Shanae, who confronted Salley and asked about her ex. After a tearful hour on the beach, Salley took off her mic and headed home, leaving her suitcase behind again.

“She did this on her Bachelor season and did it again on Paradise,” one contestant said. “Salley’s suitcase lasted a lot longer than she did,” another remarked.

Finally, Salley’s suitcase was carted off the beach by a crew member. The contestants waved goodbye and poured one out for Suitcase Salley, and Michael explained, “Salley’s suitcase was the saddest suitcase I’ve ever seen on the beach. You could tell it wanted to stay, but you know, fate and love had different plans.” But Salley wasn’t the only one to arrive (or head home) in Episode 5.

Peter Izzo from Michelle Young’s season of The Bachelorette also came to spice things up. If you don’t remember Peter’s name, perhaps calling him “The Pizza King” or “The Pizzapreneur” will jog your memory. He’s the guy who owns a chain of pizza restaurants (Peter’s Pizzeria) in Florida. And all he talks about is pizza.

The final arrival in Episode 5 was a familiar Season 8 face. Kira returned to the beach to try to steal Jill’s man again! Kira grabbed a daybed with Jacob and told him she thought they had “unfinished business,” but Jacob shot her down. As Kira was walking off the beach, her desperate ex Romeo (who absolutely was not getting a rose from anyone at the next rose ceremony and would have gone home shortly anyway) stopped her to catch up. Kira — who again, was there to win back Jacob — reset her sights on Romeo, the two quickly started making out, and she asked him to leave Paradise with her. He agreed, and they skedaddled. Bye!

After a lovely conversation on the beach, new arrival Pizza Peter asked Brittany Galvin out on a date in hopes she’d become the Pizza Queen to his Pizza King. The two spent the day on a yacht, swimming and sipping champagne, but even that glorious set up wasn’t enough to make Brittany feel comfortable. After listening to Peter talk about pizza and himself the whole day, she shut down his attempted smooch. In turn, Peter convinced himself she’s only there to become an Instagram model. Sure, dude! After the date, Brittany returned to the beach and started kissing Andrew, which could only mean one thing: She hates pizza, obviously.

Thankfully the second date of the episode, between Jacob and Jill, went a lot smoother. The two met with a shaman and attended a full moon ceremony where they stripped down, connected with some crystals, did some breathing meditation, and howled at the moon like wolves. It was a cute and quirky date for a cute and quirky couple, and now that Jacob shut Kira down, he and Jill are going strong.

Who Ends Up Together in Bachelor in Paradise Season 8, Episode 5?

Heading into Week 4, there are a few solid couples, messy love triangles, and potential sparks. Here’s the breakdown of the noteworthy romantic connections at the end of Week 3:

FTC probing accusations Uber bilking 'Rewards' customers: sources
she takes being short to the next level ...