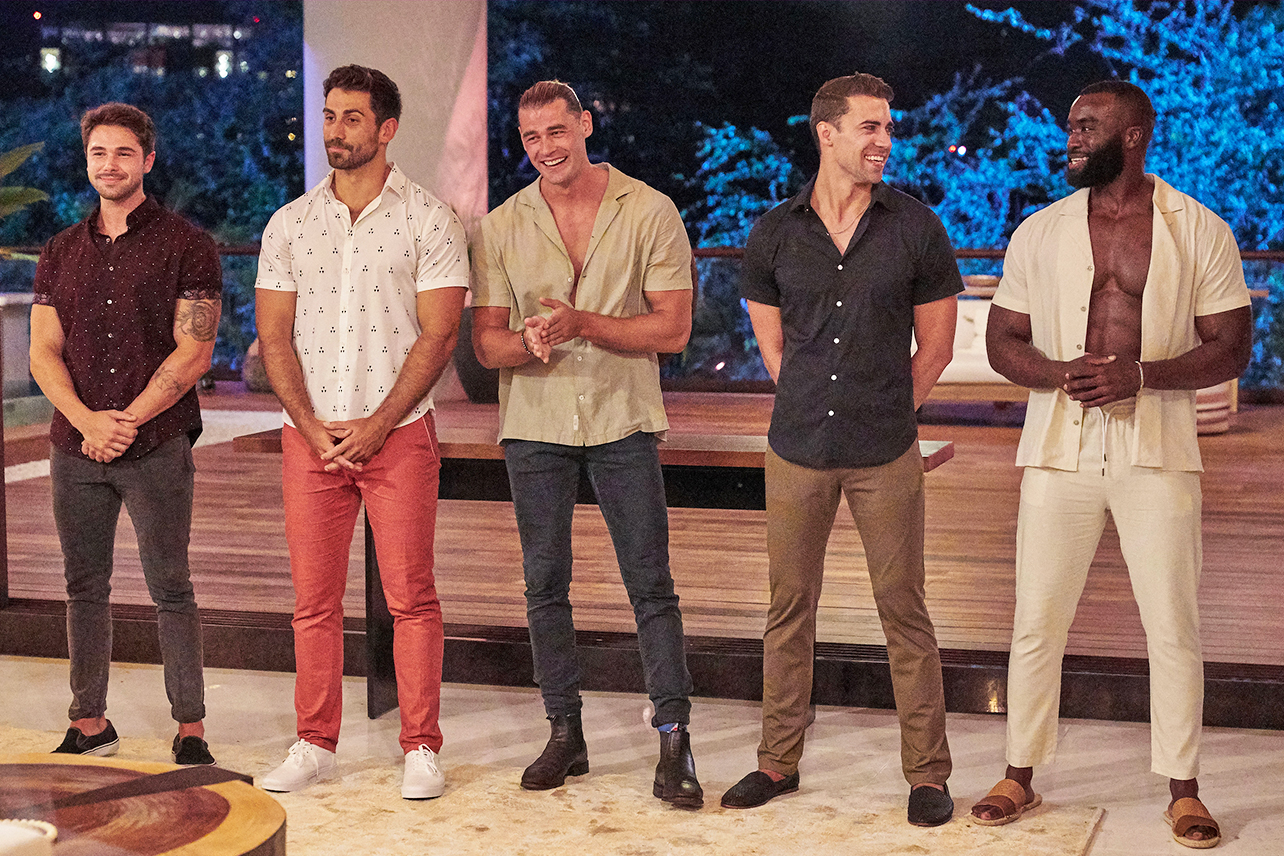 Week 4, Part 2 of Bachelor in Paradise picked up after Season 8’s biggest shakeup. After Jesse Palmer sent the OG women of Paradise packing, he put relationships to the test by introducing the guys on the beach to five new women. But that wasn’t the only twist. Once the exiled Paradise ladies arrived at their hotel and screamed “F**k you, Jesse Palmer” in off their balcony, the host introduced them to five new guys. (It’s the least he could do!)

Looking for a recap of Bachelor in Paradise Week 4, Part 2? Wondering who the new women and men are in Season 8, Episode 7? Who snagged a date card? And who’s coupled up ahead of the next episode? We’ve got you covered. But be warned, spoilers for Bachelor in Paradise Episode 7 are ahead.

As noted, FIVE new men arrive to meet the original Bachelor in Paradise women at their hotel in Episode 7.

Here are the new men introduced in Episode 7:

You can learn more details about the new men (and women) of Paradise in Decider’s full breakdown.

Despite numerous contestants wanting to go home this episode, no one left the beach or the hotel. There was no rose ceremony in Episode 7 and no one self-eliminated, but the episode ended with an intense Lace and Rodney chat that may send her packing next week.

Shanae received the first first date card, which read, “It’s a new day in paradise, make the most of it.” With Logan waiting back on the beach, she asked Tyler on a date and he accepted. Things got steamy between the two during a tantric yoga session, but Tyler also kissed Brittany earlier in the episode, so he clearly has a decision to make next episode.

The second date card of the night went to Sarah, who asked Logan out. The date card read, “Time to get back in the saddle,” so as you may have imagined, the two went horseback riding.

Finally, Rodney got a date card that read, “Pick someone who’s the apple of your eye.” He asked Eliza, she accepted, and they enjoyed a fancy dinner together.

Who Ends Up Together in Bachelor in Paradise Season 8, Episode 7?

By the end of Episode 7, it’s still unclear if the majority of the couples will survive Palmer’s shakeup when they reunite in a week. At the end of Week 4, here are the strongest couples on the show: