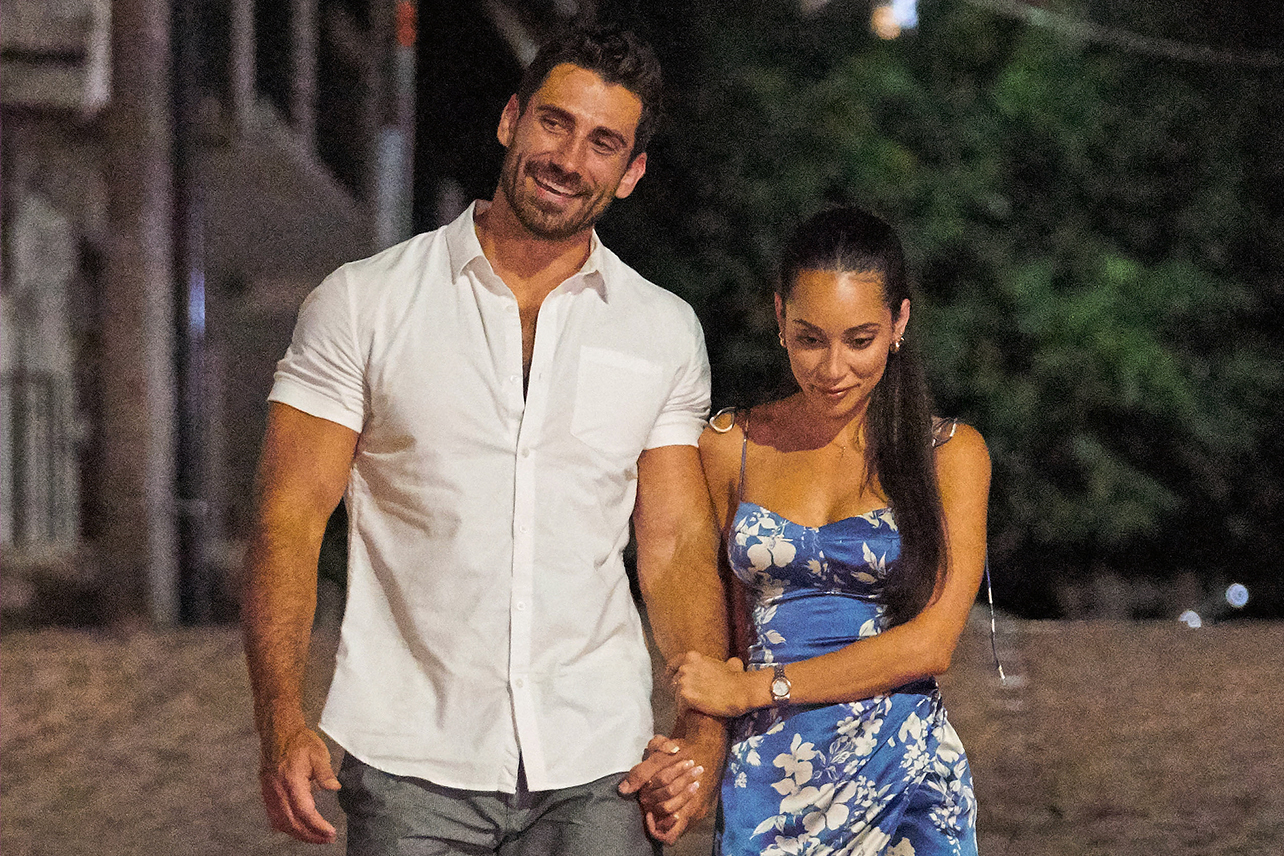 We’re halfway through Bachelor in Paradise Season 8, and Week 5 kicked off with a series of breakups and shakeups — both on the beach and at The Estates. We saw more tears, several contestants head home, and two relationship-changing dates unfold. As Johnny explained, “There’s love triangles and there’s hexagons. It’s geometry beach!”

Jacob is meditating multiple times a week, Serene and Brandon are lost without each other, and newfound besties Genevieve and Shanae get so drunk they put on their own show for the cameras. In other words, Split Week is taking a toll on everyone.

With a supersized 16-episode season of Paradise, we almost certainly haven’t seen the last of new contestants. But producers finally have a little mercy on these mentally scrambled contestants in Week 5 by not sending anyone new to the beach or the hotel.

Who Went Home in Bachelor in Paradise Season 8, Episode 8?

At the end of Episode 7, Lace arrived at the beach to check in with Rodney, only to learn he was on a date with Eliza. This episode, the two finally get to talk, and Lace gives Rodney an ultimatum, explaining it’s him or no one for her. Rodney tells her he has feelings for Eliza and doesn’t want to waste her time or hurt her, so Lace self-eliminates and heads home without saying goodbye to the group back at the hotel.

After three contestants — Jill, Genevieve, and Serene — make it clear they aren’t interested in forming connections at the hotel, Jesse Palmer stops by to have a meeting. He asks the open contestants — Victoria, Shanae, and — which of the new men they’re interested in, and they say Adam, Alex, and Tyler. After learning Olu and Rick likely weren’t going to form connections at the hotel, Palmer sends them home. (But, like, why doesn’t he just send them to the beach for a second shot at love? Rude!)

On the beach, the first date card goes to Kate, who sparks one of the episode’s most dramatic moments. Prior to the date card, Kate and Logan revealed they had feelings for each other, which was…not ideal for several reasons. Kate’s “friend” Sarah was interested in Logan after their date together, and Kate was also dating Jacob. After reading the date card, Kate asks Jacob to talk. She explains her interest in Logan and Jacob takes the news like a champ. Kate asks Logan on the date, he accepts before asking Sarah to chat. (Wrong order, dude!) He breaks things off with Sarah — who was understandably upset — and goes on the date, which involves massages, champagne, and swimming.

Back at the hotel, Victoria receives a date card that reads, “It’s never too late to fall in love.” After finally talking to her hotel crush Alex earlier in the day, she asks him on the date and he accepts. At dinner, she’s very open with him about her relationship with Johnny, her hesitations, and her desire to chat with him before they take any major steps. Alex assures her that despite “looking like everyone’s douchebag ex boyfriend,” he’s nice, interested in her, and ready to get engaged at the end of the show.

Who Ends Up Together in Bachelor in Paradise Season 8, Episode 8?

By the end of Episode 8, the fate of several couples is up in the air. At the start of Week 5, here are the strongest couples on the show:

Brandon and Serene (Status: In Love)
Danielle and Michael (Status: Stable despite being in the weirdest spot)
Genevieve and Aaron (Status: Apart but Still Together)
Kate and Logan (Status: Breaking Hearts)
Rodney and Eliza (Status: New But Excited)
Brittany and Tyler (Status: Makeout Central)