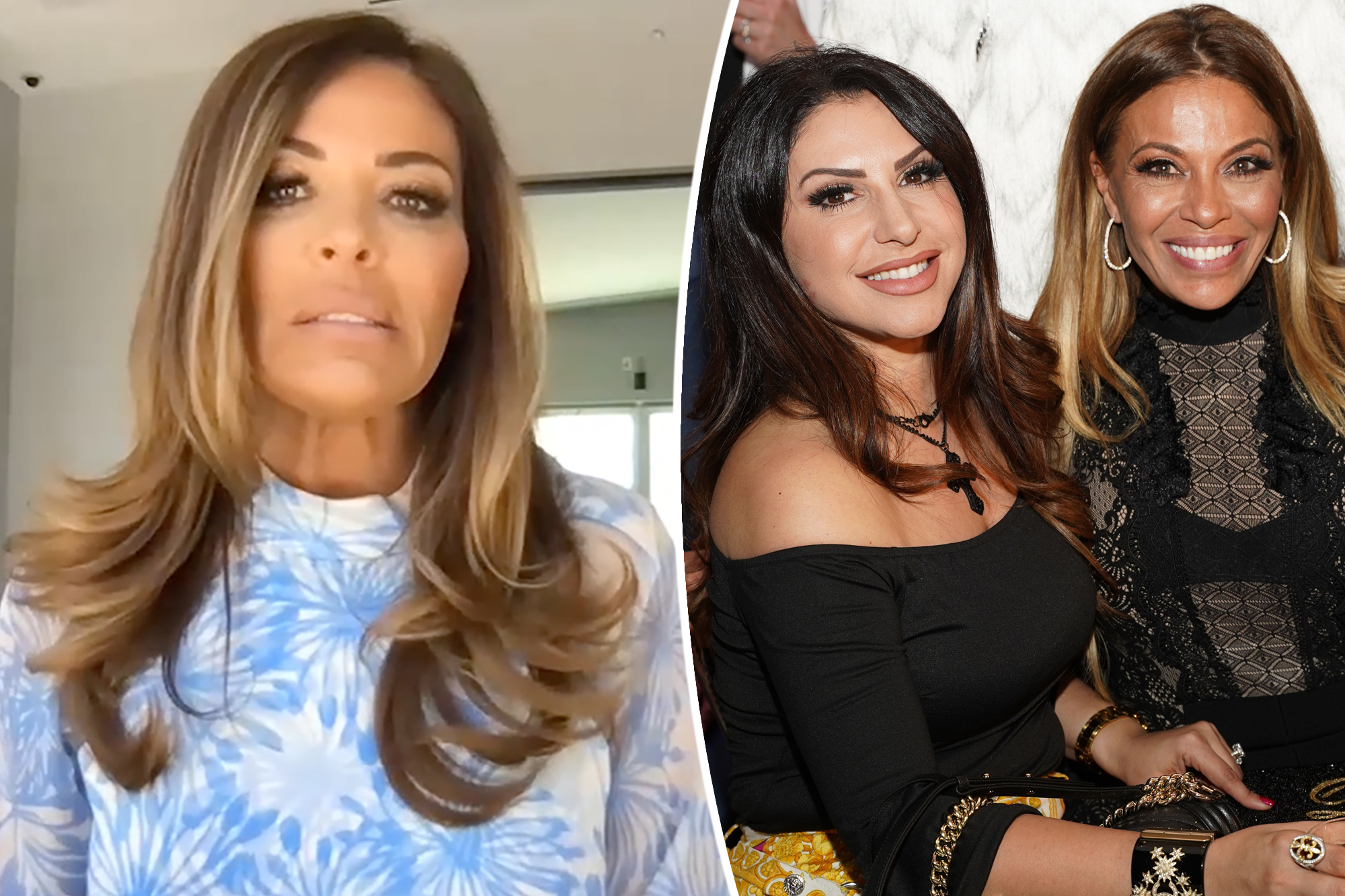 She’s “loyal and lovable” — but don’t you dare call her a friend of Jennifer Aydin’s.

Dolores Catania exclusively tells Page Six she’s “done” with her “Real Housewives of New Jersey” co-star for good because of the way Aydin treated her leading up to the reunion.

“The way she spoke about me was unwarranted,” Catania says.

Though the women largely got along while filming the latest installment of “RHONJ,” they began feuding from afar after Aydin branded Catania a “jerk” in a February interview on Access Hollywood’s “Housewives Nightcap”  — just weeks after Season 12 premiered.

Aydin — who criticized Catania for not defending her on the show throughout her and husband Dr. Bill Aydin’s dramatic infidelity storyline — said that she hoped to “work it out” with her castmate at the reunion.

Dolores Catania is no longer interested in being friends with Jennifer Aydin. Page Six

But it was Jennifer’s commitment to hashing out their issues on stage with Andy Cohen that left a bad taste in Catania’s mouth.

Aydin and Catania have starred on four consecutive seasons of “The Real Housewives of New Jersey” together.Getty Images

Catania, who joined “RHONJ” as a full-time “Housewife” in Season 7, maintains that she has fiercely defended Jennifer, who entered the fray in Season 9, against any adversaries — both on- and off-camera.

“I’ve been a friend to you on the show since you’ve been on …  I’ve left events with you. I’ve had your back when you were un-defendable, whether you were in front of me or not,” Catania, 51, says. “And this is the way I get treated.”

The women hit a snag in their friendship as Season 12 aired. NBCU Photo Bank

It was revealed during part one of the “New Jersey” reunion that Catania gave Jennifer, 45, a pep talk before telling her there was no need to cry over Bill’s 10-year-old affair coming to light on the reality series.

Catania tells Page Six she was disappointed that Jennifer didn’t step in prior to give context to her seemingly cold comment.

“She should have stepped up and said, ‘Listen, I asked her to be tough with me and I asked her to actually stop me from crying.’ I’m like, ’Stop crying. Walk in this house with your head up and your shoulders back,’” Catania says of the tense scene filmed at her former townhouse rental.

“That’s what I told her, ‘Because you have a good marriage. This is something you got through and be proud of it.’ But it wasn’t the way she wanted to take it this season,” she adds. “So, I didn’t realize that. Sorry.”

“I’m done [with her] because [of] the way she treated me,” Catania told Page Six of Aydin. NBCU Photo Bank

However, Catania is not sorry for putting the kibosh on a future friendship with Jennifer.

“I feel like it’s probably better for both me and Jen,” she says. “The way I left that reunion is the way it will stay. This is the way it is. This is fine. I don’t have to be everyone’s friend. I’m not used to being treated like this by women — sorry — or anyone because I don’t deserve it.”

Part three of the “Real Housewives of New Jersey” Season 12 reunions airs Tuesday, May 17, at 8 p.m. ET on Bravo.