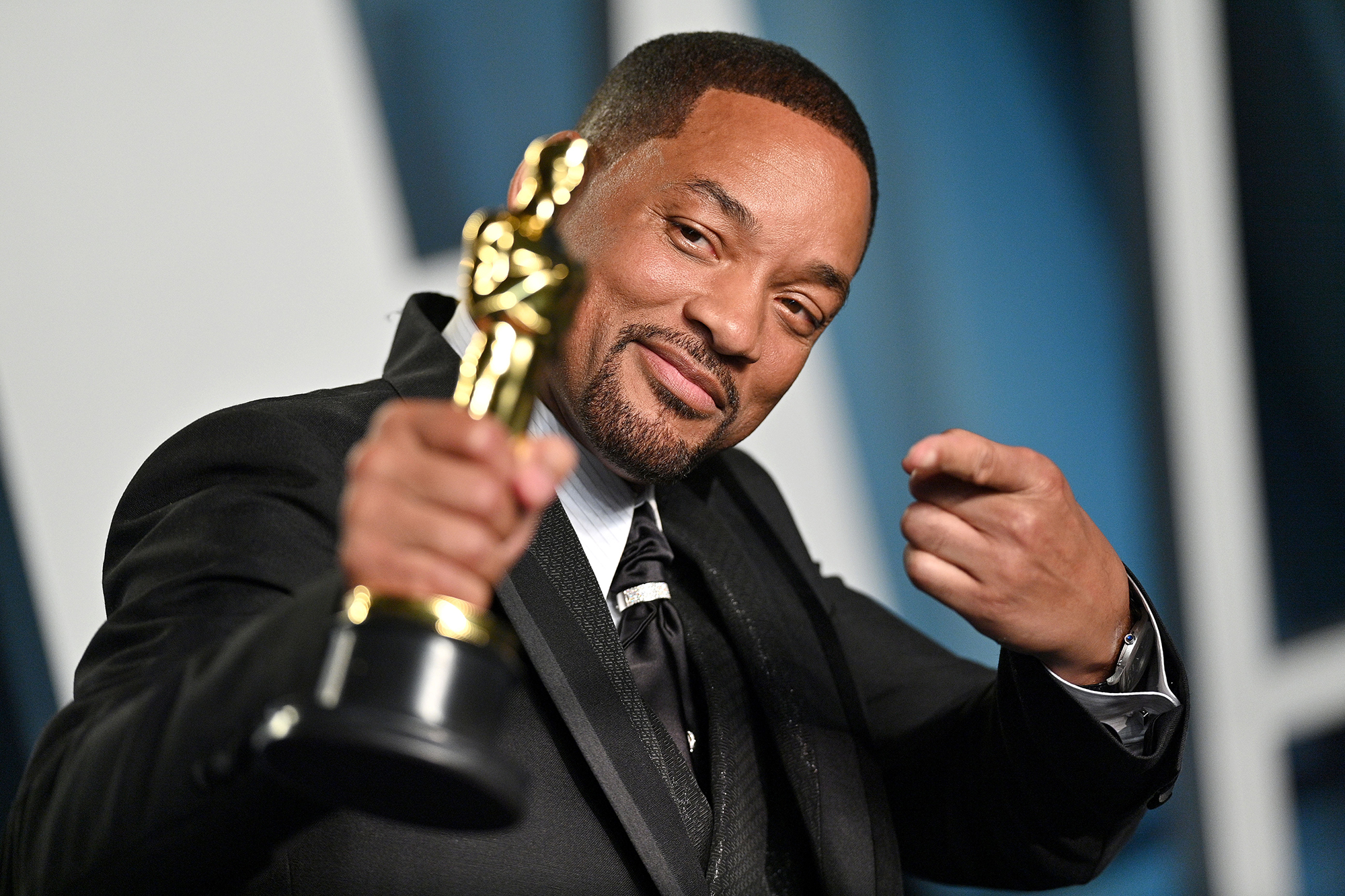 190 days ago, if you had told me Will Smith would be back in action by Christmas, I would’ve told you to go see a doctor.

That surreal March Monday came after Smith smacked Chris Rock onstage at the Oscars, won Best Actor minutes later and became an instant worldwide pariah. Then, once the Academy conducted a hilarious “investigation” of an event plainly viewed by millions, he was rightly banned from the ceremony for 10 years.

Needless to say, not being allowed into the Oscars for a decade is not a good look for a movie actor.

But in Hollywood, who cares about how their own people behave?! On Monday, Smith, 54, returned to the limelight with the abruptness of, well, a slap in the face.

Apple dropped the fancy highbrow trailer for Smith’s new movie “Emancipation,” a serious drama directed by Antoine Fuqua (“Training Day”) in which he plays an escaped slave, and announced it will be released in December during peak award campaign season.

Smith getting another Best Actor nod in a few months’ time is a very real possibility.

Remember that Apple’s “CODA” won Best Picture last year. Or maybe you forgot because the victory was vastly overshadowed by a crazed Will Smith assaulting another famous person in front of tens of millions of people and then shouting “F–k!” like a madman.

Will Smith was banned from the Oscars ceremony after slapping Chris Rock onstage in March, but he is still able to be nominated and win the award. AFP

“Emancipation” already had Oscar buzz around it because of the prestigious, hard-hitting subject matter and the talent involved —  that is till Smith hit Rock. Apple, meanwhile, is craving an awards contender — most of its main streaming competitor Netflix’s Oscar bait has flopped so far this year — and that is exactly what they are positioning this movie to be. They will not be coy with this release.

“But he can’t possibly get a nomination!,” you say. “He’s been banned by the Academy from the ceremony for 10 years.” You’re half-right. He indeed cannot attend, but he is not actually prevented from being nominated or even winning. It’s like that one time you got into a fist fight at the Olive Garden. You’re not allowed to go back, but you can still have your chicken parm and breadsticks delivered.

That said, if Smith does manage to snap up so much as a Golden Globe nod — and you know the poor old Globes, who need all the help they can get, aren’t gonna bar him from entering — Hollywood is gonna look like a zip code full of hypocrites and imbeciles.

Always the first to hop aboard a social movement without asking any questions and then self-righteously barking at us during charmless speeches and perfunctory social-media posts, the entertainment industry will appear quite foolish to give two thumbs up to physical attacks. The move would expose that their only truly close-held value is saying whatever makes them look good in the press for a few days. They lecture us and then do the opposite.

Will Smith plays an escaped slave in “Emancipation.” AppleTV+

Will Smith isn’t beyond redemption. He’s apologized a couple times to Rock, who has reportedly told Smith he’s not ready to talk about it yet. But it’s been only half a year. Need we rehabilitate this A-List multimillionaire so quickly? Can’t he graduate from an anger management course first?

And, should a gentle comeback (and it must be gentle, since Smith’s Q score, measuring celeb popularity with the public, plummeted after the slap) include immediate glamorous red carpets, accolades and standing ovations? Absolutely not. But here we are.

If you or I hit a coworker at the office, we’d get fired. If a Hollywood star smacks another celeb at a work event, he gets Oscar buzz.

A thunderstorm can sometimes birth a rarely seen phenomenon in Earth's atmosphere: red space lightning called sprites that look like jellyfish.
When a baby dies before teething, the people of the Toraja tribe cuts out a small chamber in a tree, wraps the infant in cloth and places it in the tree. The opening is then sealed with bamboo sticks and the tree slowly closes over the grave, encasing the tiny corpse in living wood.