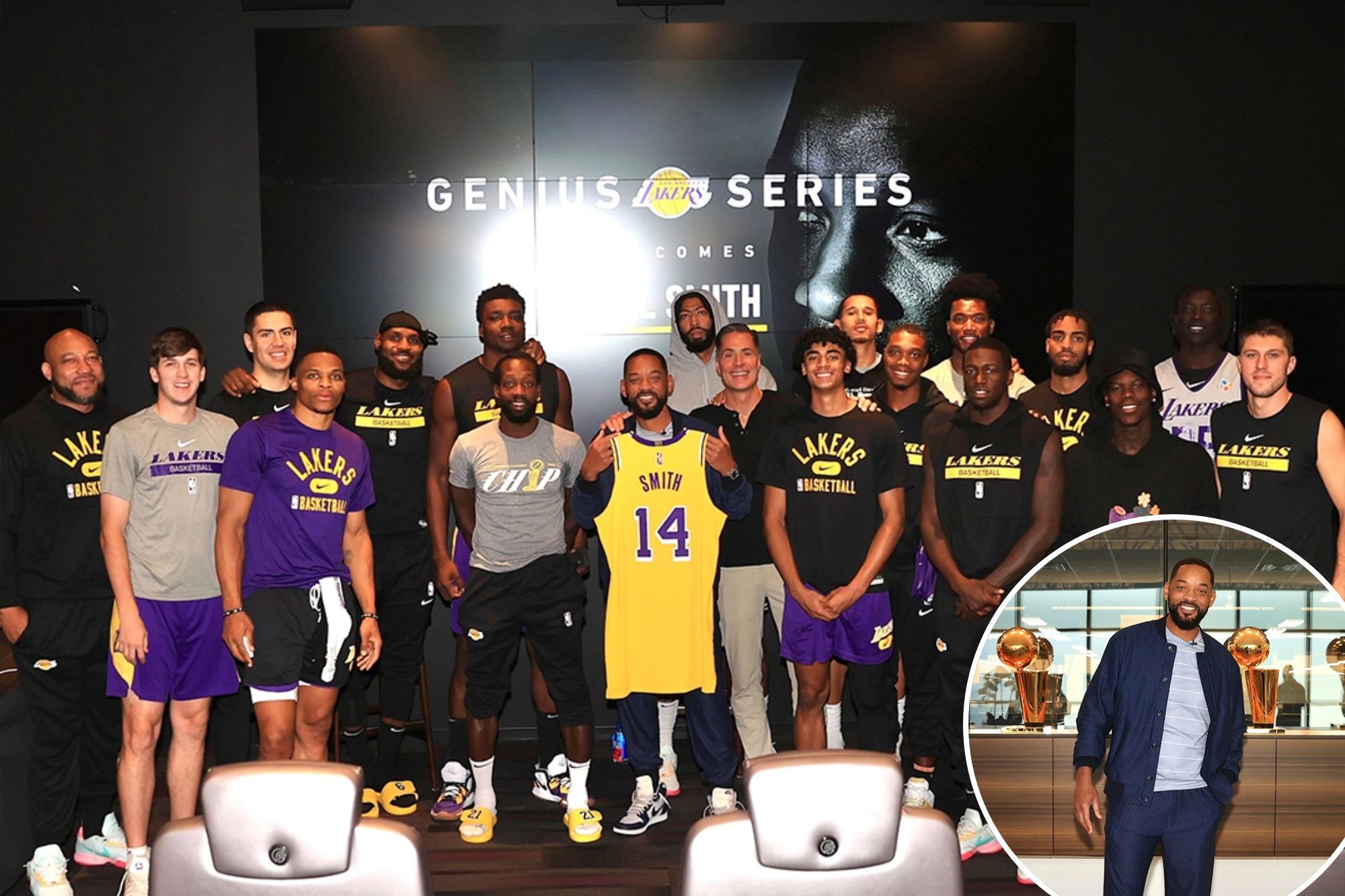 Scandal-scarred actor Will Smith spent his Wednesday visiting the Los Angeles Lakers’ training facility where he shared words of wisdom with the underperforming team.

The Oscar winner, who was hit with a 10-year ban from attending the Academy Awards after slapping host Chris Rock on stage, is making a desperate bid to revive his bruised career since the ordeal.

The 54-year-old took part in the NBA team’s Lakers’ Genius Talks series which sees all kinds of celebrities impart wisdom to the team and offer words of encouragement.

“Huge thank you to Will Smith, who joined the team to discuss strength through togetherness, and practicing gratitude in times of great challenge,” the team wrote on Instagram. “All themes in his forthcoming masterpiece film, Emancipation.”

Smith’s motivational speech did not work as the Lakers lost to the Denver Nuggets 110-99 to drop to 0-4 on the season.Twitter: Lakers

The “Fresh Prince” star was gifted a No. 14 Lakers jersey before posing for snaps with some of the team’s figureheads including LeBron James, Anthony Davis and Russell Westbrook.

Smith was all smiles next to team owner, Jeanie Buss, and general manager, Rob Pelinka.

Huge thank you to Will Smith, who joined the team to discuss strength through togetherness, and practicing gratitude in times of great challenge. All themes in his forthcoming masterpiece film, Emancipation.

According to the team, he got candid during his talk and spoke about “strength through togetherness, and practicing gratitude in times of great challenge.”

His message took inspiration from his most recent on-screen venture, “Emancipation,” as the Lakers trail through a losing season.

“Gave a sneak peek of #Emancipation to the @lakers and had a GREAT convo about the film for their Genius Series… big thanx to everyone who came thru!! Next stop… my @sixers,” the actor wrote on Instagram.

It seems as though little inspiration was provided as the LeBron James-led team found itself with a 0-4 record shortly after the visit.

The bumblebee bat (Craseonycteris thonglongyai) aka Hog-nosed bat is the smallest mammal in the world. It weighs less than 2 grams and its body is about the size of a large bumblebee. They are mostly found in caves in Thailand and Myanmar.
Why Goldman Sachs is warning of a stock market crash and recession.