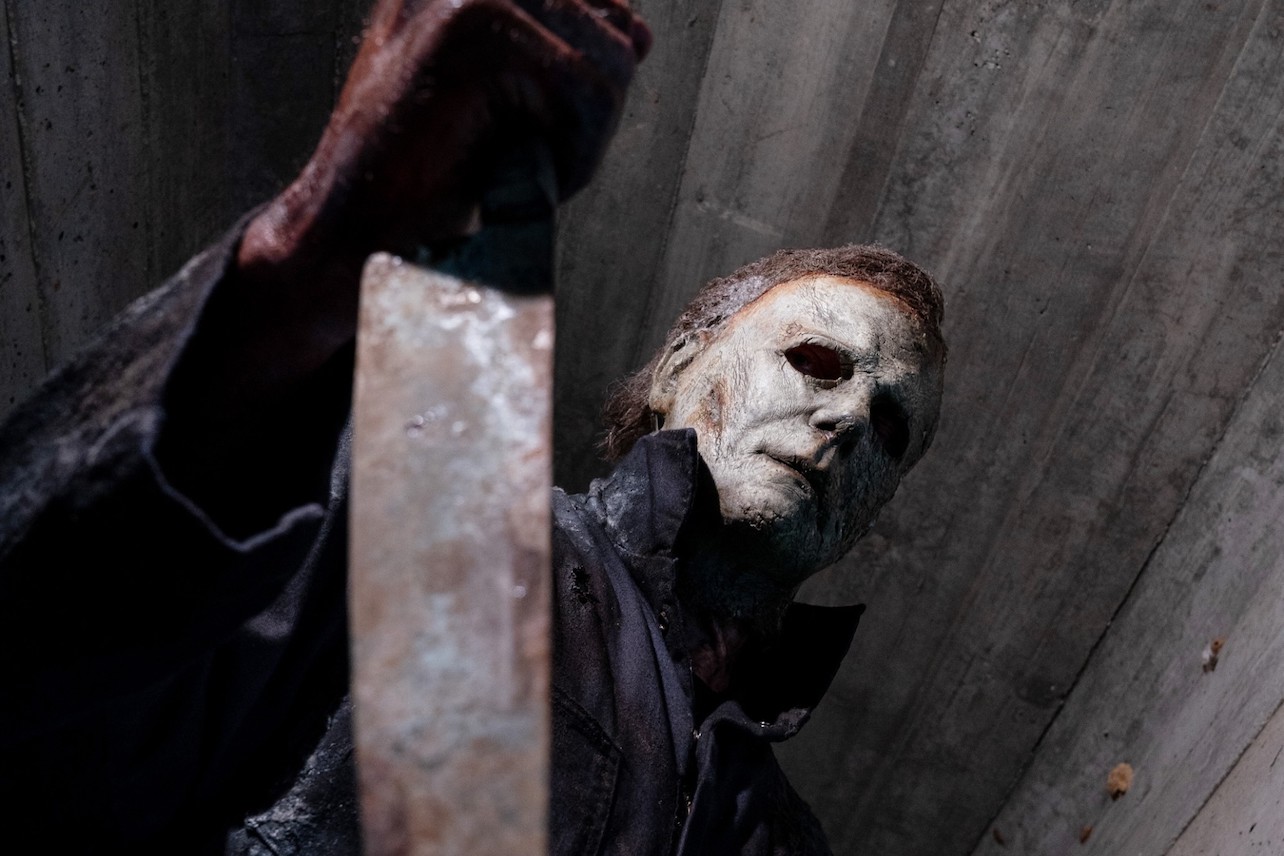 Halloween Ends, which is now playing in theaters and streaming on Peacock Premium, is the (checks notes) 13th film in the Halloween franchise. That’s quite a few run-ins with Michael Myers!

But Halloween Ends finally offered fans some closure in this 44-year saga between former babysitter Laurie Strode (played by Jamie Lee Curtis) and the masked serial killer Michael Myers, who just can’t seem to stop terrorizing the town of Haddonfield. We won’t spoil the movie, but this is supposedly Curtis’s last appearance as Laurie Strode and actor Nick Castle’s final appearance as Michael Myers. The movie also stars Andi Matichak, Will Patton, and Kyle Richards, and was directed by David Gordon Green, who has been vocal about his desire for Halloween Ends to be, well, the end.

But will it really be the end? You can’t make a 13-movie franchise and expect audiences to believe you when you say, “The End.”

Read on to find out what we know about potential future Halloween movies.

IS THERE A HALLOWEEN ENDS AFTER CREDITS SCENE?

IS HALLOWEEN ENDS THE LAST MOVIE?

Halloween Ends is the final film in the “H40” trilogy, with began with 2018’s Halloween. That film served as a direct sequel to the first 1978 Halloween film, and starred Jamie Lee Curtis reprising her role as Laurie Strode, 40 years later. The many other Halloween sequels between 1978 and 2018 were disregarded, and it was followed up by Halloween Kills and now Halloween Ends.

Curtis has said, many a time, that this will be her final Halloween movie. Late-night host Jimmy Kimmel recently even had Curtis sign a contract stating she would never appear in another Halloween film. But just because Laurie Strode is saying goodbye to the franchise doesn’t mean that Halloween Ends is the last Halloween movie, ever.

Producer Jason Blum, whose company Blumhouse has produced the H40 trilogy, made clear in an interview with Screenrant that while this is the last Blumhouse Halloween movie, it might not be the last film in the franchise. “I didn’t say it’s gonna be the last Halloween movie,” he told Screenrant. “It’s our last Halloween movie. We have no more rights to make any more Halloween, so it goes back to Malek [Akkad, another producer]. And what he does, only he knows, but we are done. And this is our last one and I think people will be very happy.”

We don’t yet know. As of right now, there are no concrete plans to continue the franchise. But honestly? There will probably be another Halloween movie someday. It likely depends on how successful Halloween Ends is at the box office.

Carpenter, the original director who has served as an executive producer on the recent films, has hinted that he would like to make more movies in an interview with ComicBook.com, but that director David Gordon Green wanted Halloween Ends to be a conclusion. “Let me explain the movie business to you: if you take a dollar sign and attach it to anything, there will be somebody who wants to do a sequel. It will live. If the dollar sign is not big enough, no matter what, it will not live,” he said, jokingly. Then he added, “I don’t know, man. I don’t know. This time, I do not know. They really want to end. They’re going to shut it off, end it. It’s what David has in mind. That’s fine.”

Carpenter repeated this sentiment in an interview with The New Yorker. When asked if this was finally the last film, he replied, “I will have to see how much money it makes!”

He’s joking, but he’s also right. If you’re hoping to someday get a 14th Halloween film, the best thing you can do is go watch Halloween Ends in theaters this weekend.

Tesla wins China tax breaks after Elon Musk's Taiwan comments: report
The city of Igbo-Ora in Nigeria has the highest rate of twins or multiple births. For the past 12 years, the community has organized a festival to celebrate it.