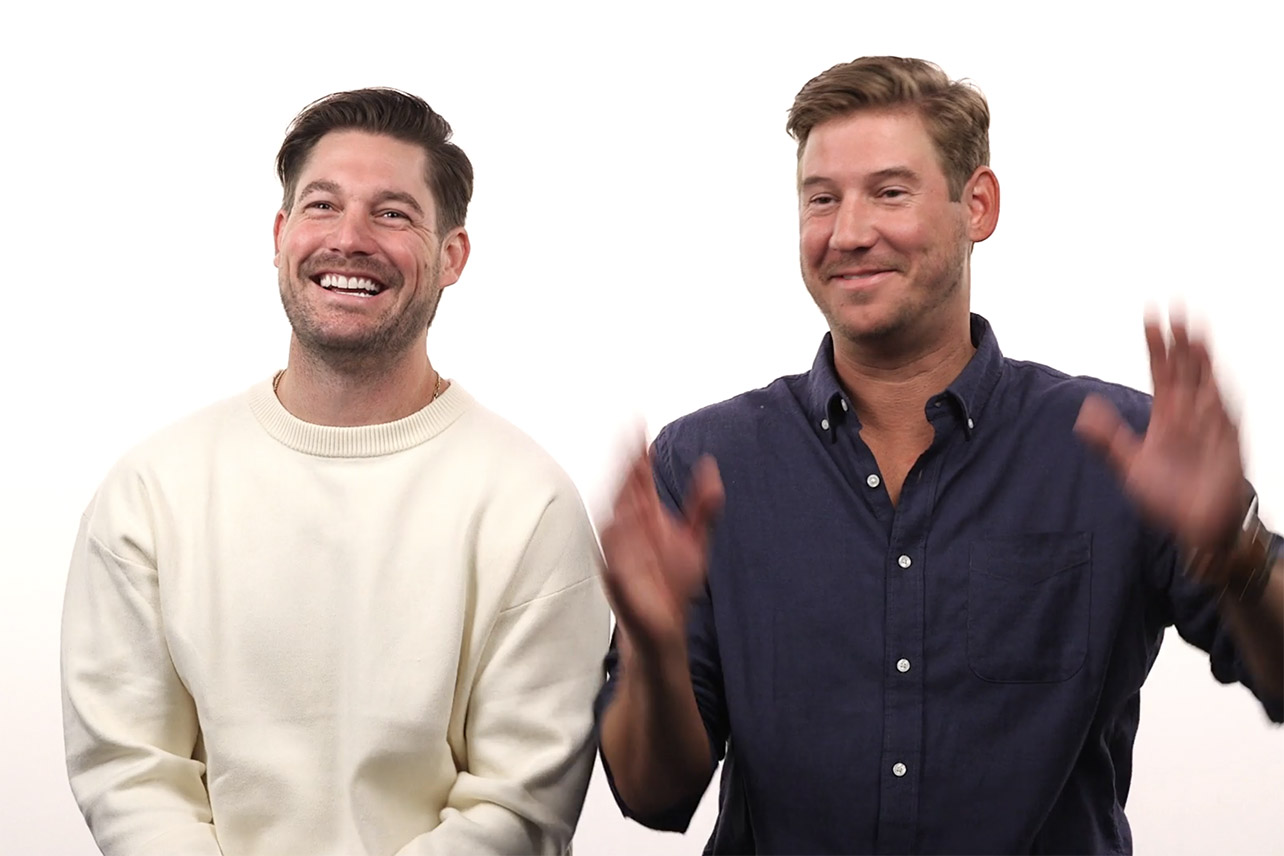 Bravo’s extended House Cinematic Universe — you know, Summer House and Winter House — is arguably the channel’s hottest new franchise, thanks in no small part to the way that the series has incorporated party people from other Bravo properties, like Southern Charm and Vanderpump Rules. No shade to the Housewives, but the demographic makeup of the House casts skews far, far younger, making for a sexier, sultrier viewing experience. (Well, that and the fact that they more or less lock a bunch of attractive people in a house full of alcohol for three weeks with only each other to talk to.)

After a successful first season of Winter House in 2021, Season 2 is back on Bravo with a whole new batch of episodes. This year’s cast is made up of fan faves (such as the recently married Kyle Cooke and Amanda Batula), some new faces (Rachel Clark, Kory Keefer and Jessica Stocker), and even some of our fave Charmers, Craig Conover and Austen Kroll. (Craig’s better half, Paige DeSorbo, is on too, of course.) In advance of the show’s second season, Decider got some face time with Craig and Austen, who stopped by Decider HQ a few days before BravoCon 2022 is set to begin. Of course, there was only one place to start our conversation…

DECIDER: Transitioning over to Winter House, Craig, you know, you rolled in that first night with a stack of Benjamins…

…And you started paying people off for bedroom priority. And Paige seemed somewhat shocked at this. Was that something you had discussed before? Do you do pay off people like that regularly?

AUSTEN: Craig gets some pillow money, and all of sudden, he’s Lord of the Manor!

CRAIG CONOVER: Yeah, I told her in the car, ’cause I knew we were arriving first, and I knew that the only way I’d be comfortable in the house is if we had the primary bedroom. I had already had a fridge shipped for the room and stuff like that, but I didn’t want to feel like a douche bag by just taking it. So I figured money.

AUSTEN: So you thought that paying people off would make you NOT look like a douche bag?

CRAIG: Well, it was considerate. It’s just like upgrading in a hotel. I’m not sure how [Bravo] airs it, but I didn’t realize that Kyle and Amanda were going to walk in, take my old room, and be like “Well, of course the new couple is going to be in the primary.” Luke ended up apparently taking the money from Kyle’s room, so he ended up with the money. But I thought it was considerate thing to do. I wanted the primary room and I said, “You know, for your troubles…” Some people respond really well to cash. And then, yeah, it seemed like a good idea to me because the alternative was just taking the room and not paying them. So they either get they either get an extra grand or they don’t. I mean, that’s because there was no way I wasn’t going to have that bedroom.

AUSTEN: What was his response?

CRAIG: He said, We were going to give you the room anyway, but apparently that’s not what’s on this show. So God knows what they did [with the editing]. Sorry.

If someone offered me $500 on a friend’s trip to take a room, I would take it.

CRAIG: [nods approvingly] Does that not seem like a nice idea?

AUSTEN: Now, what I do at weddings is that I don’t give gifts. I just donate to their honeymoon fund. And that is a thing for me to where I’m like, What is a number that like, they’re like, “Seriously, dude, you only sent me 250 bucks?”

CRAIG: And I was also balancing like Paige being like, “So how irresponsible is Craig with his finances?” [laughs] And we’re on the car ride there, and I’m like, “So I got a grand.” But look, it was Paige and I’s first trip for three weeks together. And space really does help. I mean, we were going from long distance to being in the same room together for three weeks. She’s got so many clothes. There’s a steam shower in that bathroom. I got to play my music every morning…

AUSTEN: Three times, and I’m cramped in this, like, little shit hole shower downstairs where my head is like [bangs head against imaginary ceiling]. And I’m like, “Who’s in there?” And it’s like, you know, either Kory or Jason or Luke. And I’m like, This is my nightmare. And Craig’s sitting there taking steam showers every morning like it was the lap of luxury.

Well, Craig set the precedent. So now you know that for the future. Craig, as the most popular person on Bravo, how involved were you with getting Kory on the show?

AUSTEN: Without Craig, there is no Kory. So yes, I’d say paramount.

CRAIG: I feel like it was a critical involvement. [laughs]

AUSTEN: It was the only involvement.

You have lots of friends. Why did you pick Kory?

AUSTEN: Because he’s a nut!

CRAIG: Kory’s perfect. He’s made for TV. Up until I started to go on snowboard trips with Austin, I went on a snowboard trip with Kory every year. We’ve gotten in a lot of trouble together: in Canada, we’ve gotten stuck in some blizzards. Like, just nutty stuff. And so when Kyle told me that I could invite a friend this year to the house, and I was like, “Who better than Kory?” And he runs his own business, so he was able to get away for it. And, you know, Kory and I actually started Southern Charm together. It didn’t work out. We actually broke up for like three years and it just it was the perfect formula. And I know Austen was like, “Fucks Corey comin’ from?”

If you ever had to go “exclusive” with one of the franchises, Southern Charm or the House Universe, which one would you guys pick and why?

CRAIG: You haven’t heard of our new show? Boys Being Boys? Me, Shep, and Austen?

AUSTEN: We’re going off on our own. Yeah, we’re doing our own thing.

CRAIG: Yeah, Kyle can come. He can come, too. Whatever production company wants to make it. Come for us.

AUSTEN: Southern Charm for me. Look, going to the [Summer and Winter] Houses is a blast because it’s, you know, vacation, but Charm is where we came from.

CRAIG: We like the depth of Southern Charm. Also, you’ve already seen it, we don’t do well on surveillance shows. [On Charm], it’s not a vacation house. These are our real lives. And when you’re growing, when you’re in a positive place in life, it’s fun, you know? But having to have those dark periods and not getting to blame it on a party house is tough. But I think right now Austen’s on a very similar trajectory that I was on with his beer company and getting to see that. I mean, you see our new ventures.

AUSTEN: It’s fun to see like where you were three or four seasons ago and then to like see where you are now. And it’s like night and day. You know, progression.

Winter House: Season 2 is now airing on Bravo on Thursday nights. New episodes will arrive on Peacock the following day.